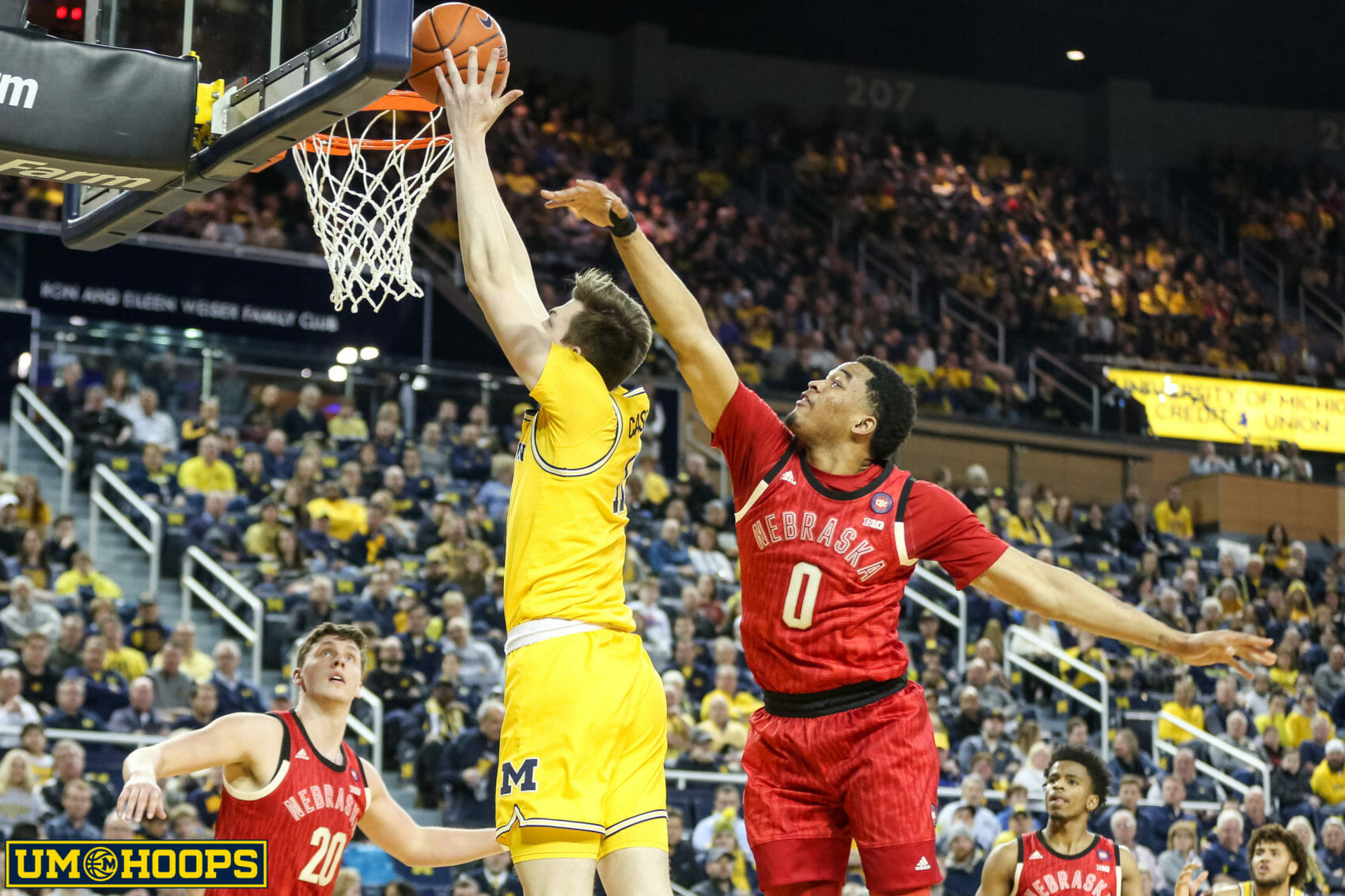 It took almost a full season of work for Colin Castleton to feel ready to play.

The freshman forward arrived in Ann Arbor weighing just 210 pounds at 6-foot-11. He had a lot of upside, but his physical readiness to play against the size that comes at the ‘5’ in the Big Ten was lacking. Castleton’s footwork needed improvement, and he needed to expand his skillset beyond trying to create a highlight-reel play every time he scored.

In Thursday night’s 82-53 win over Nebraska, Castleton played just over nine minutes and scored 11 points on 5-of-7 shooting — more than doubling his season highs of four minutes and three points. He was the first big man John Beilein called off the bench and the first player off the bench, period.

And it wasn’t until about a week ago that Castleton felt fully confident in his abilities and ready to contribute for Michigan. After a strong week of practice, Castleton moved from the scout team to the blue team in practice, signifying that he was now working among the starters.