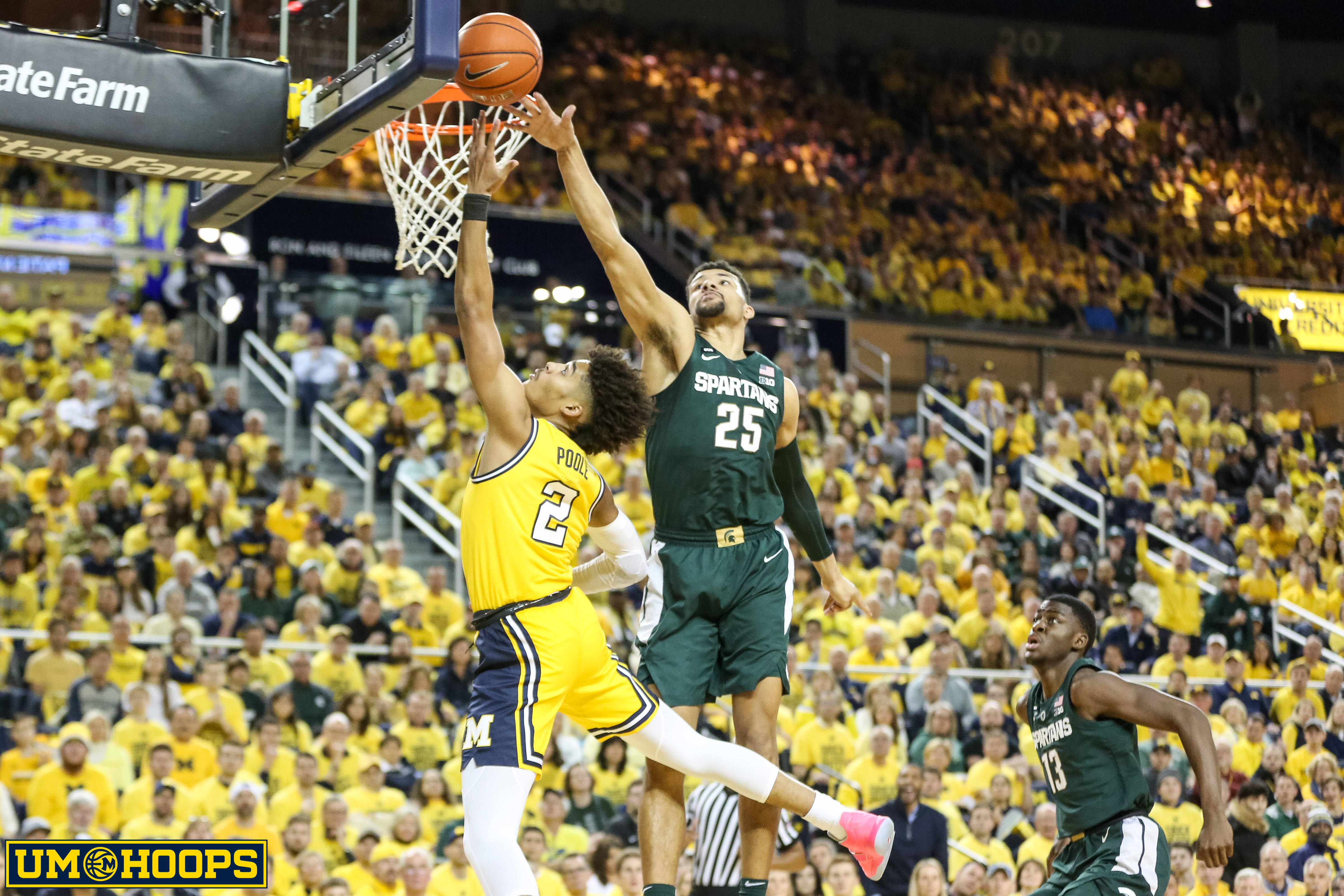 After their gutty road win Sunday afternoon at Maryland, Michigan finds themselves at 15-4 in conference play with a chance to play for a share of the Big Ten title in their final regular season game, should Purdue falter in one of their two remaining contests. Standing in their way is Michigan State, who traveled to the Crisler Center just over a week ago and beat the Wolverines 77-70 in Ann Arbor.

The biggest surprise in that Michigan State win was that Tom Izzo opted to switch ball screens — even at the center position. Here’s a look at what went wrong against the Spartans in the first meeting and where Michigan can improve.

Michigan State’s defensive scheme is typically as predictable as it gets — the Spartans prefer to flat or hard hedge ball screens with their big men, using weak side rotations to cover rolling players before the bigs retreat to their men. However, Tom Izzo employed a different game plan against Michigan; the Spartans frequently switched ball screens, including with their ‘5’ man.

This change in defensive strategy took Michigan by surprise and contributed to its scoring issues in the first game. By my count, on 27 possessions where Michigan State switched with its center, Michigan only scored 18 points or .67 points per possession.