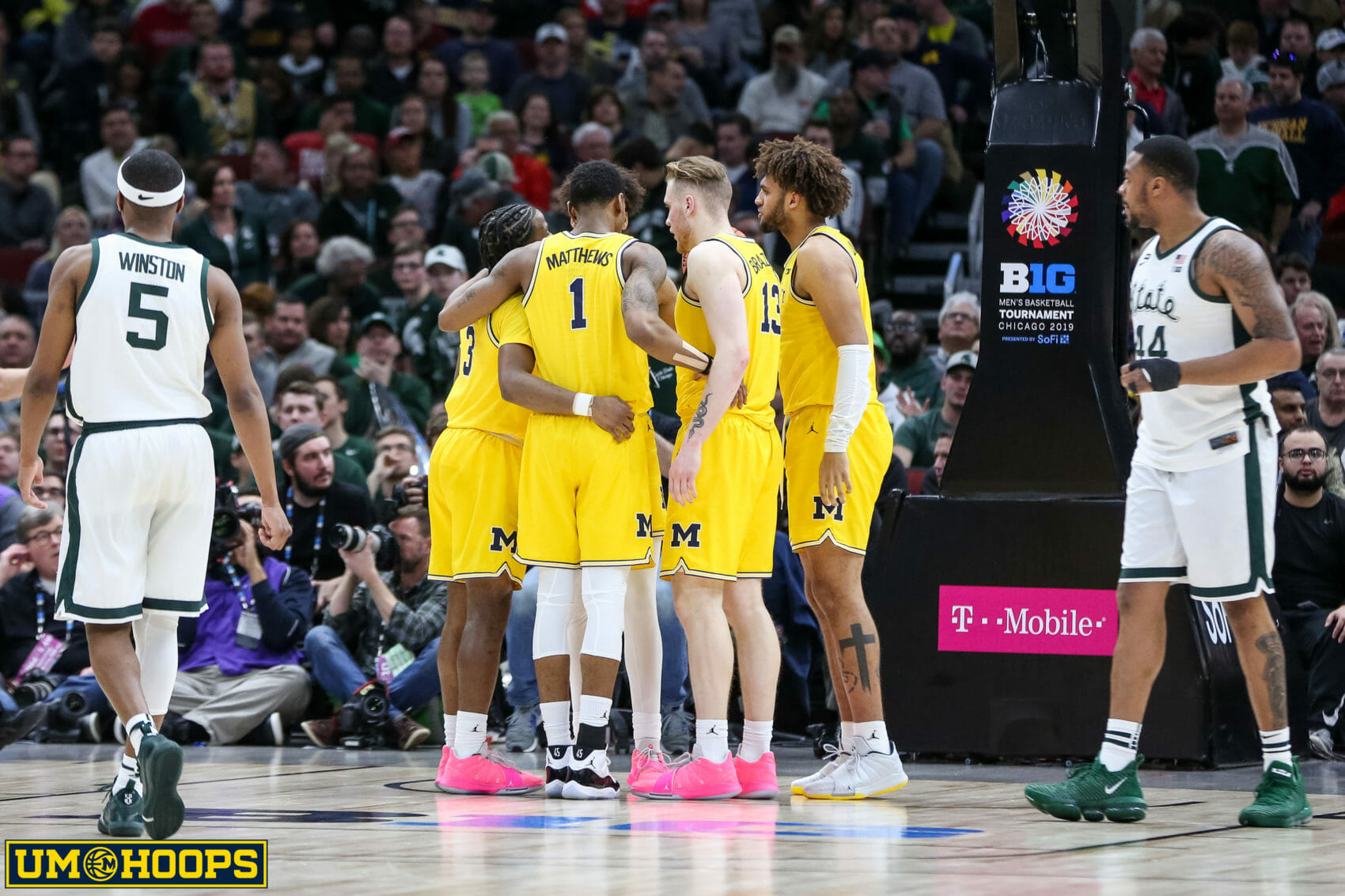 The story was different, but the ending was the same.

For the third time in three weeks, Michigan took a lead on Michigan State into the final ten minutes of the game. It stayed close longer than it did in the previous two matchups, but the Spartans eventually found a way to win their third straight game against the Wolverines.

In Michigan’s locker room after the game, there was silence.

Zavier Simpson moved between the shower, his locker, and the hallway, never stopping to speak with the media.

Ignas Brazdeikis, who spent his first two open locker rooms embracing the crowd that gathered around him, sat facing his locker with his head bent low. When he did speak, it was with a half-turn toward the center of the room and a voice much lower than his normal.

It was clear that the Wolverines thought this time would be different. They held the lead much longer than they did in the previous two games, and the pain that comes with a close, late-game loss was evident.

“We just kinda thought we had it,” said Jon Teske. “I mean, we were up 4 or 5 with two minutes to go or something. Especially on this stage, championship on the line — we came so close.”

Added Brazdeikis: “We felt really good about ourselves. We were really confident, but — yeah, it’s definitely the toughest (loss to Michigan State). Especially because it was the championship game as well.”