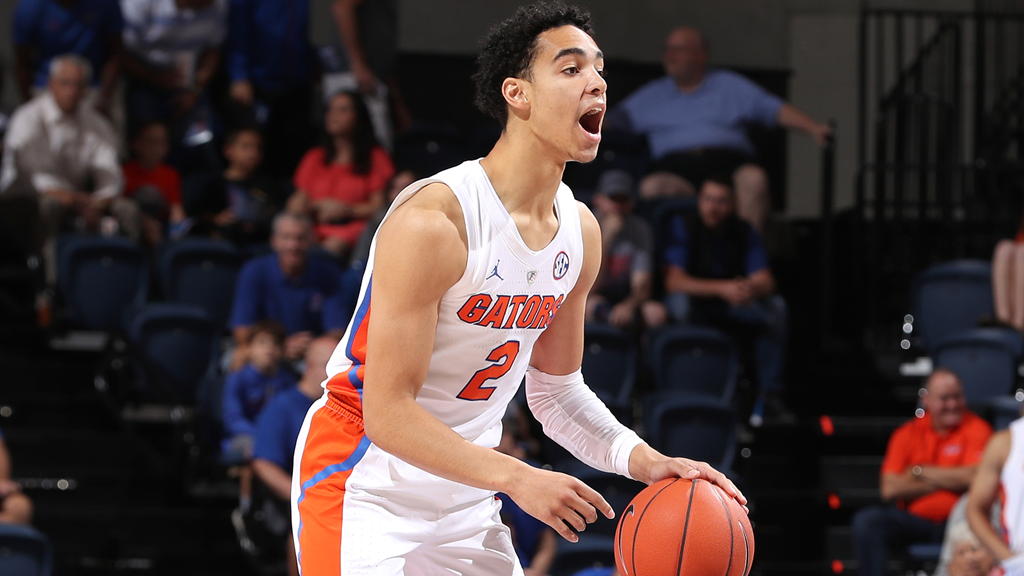 Michigan faces Florida on Saturday (5:15 p.m, CBS) with a trip to Anaheim on the line. The Wolverines are favored by 7 points in a game that is rightfully billed as a matchup of similar teams. Both are better on defense than offense and rely on a perimeter-oriented four-guard attack despite inconsistent perimeter shooter.

Both teams are constructed around a pass-first point guard, versatile wings, a freshman “power guard” at the four position and a big man who primarily plays out of the pick and roll. Here’s a rundown of Saturday’s matchups position by position with shot charts, analytics, video and more.


To celebrate the start of the NCAA Tournament, you can join UM Hoops for 50% off. That’s just $24 for the whole year or $2 per month! Click here to sign up today!.

Andrew Nembhard is a five-star freshman point guard who received significant recruiting interest from Michigan during the process. He’s a savvy lead guard with terrific size for the position. He’s not a dominant athlete but at 6-foot-5 he’ll be able to see over Zavier Simpson. He controls the game more with his vision and timely playmaking. There’s a patience to his game that you don’t see from all guards, especially as freshmen, and he excels at creating easy buckets out of ball screen action.

The key to defending Nembhard is to force him to become a scorer rather than a distributor. He’s a terrific ball screen passer, but he struggles to make jump shots off the dribble. On the season, Nembhard is just 19-of-78 (28.8 eFG%) on off the dribble jumpers, per Synergy. Nembhard is also great leading the break with a 4 to 1 assist-to-turnover ratio in transition.