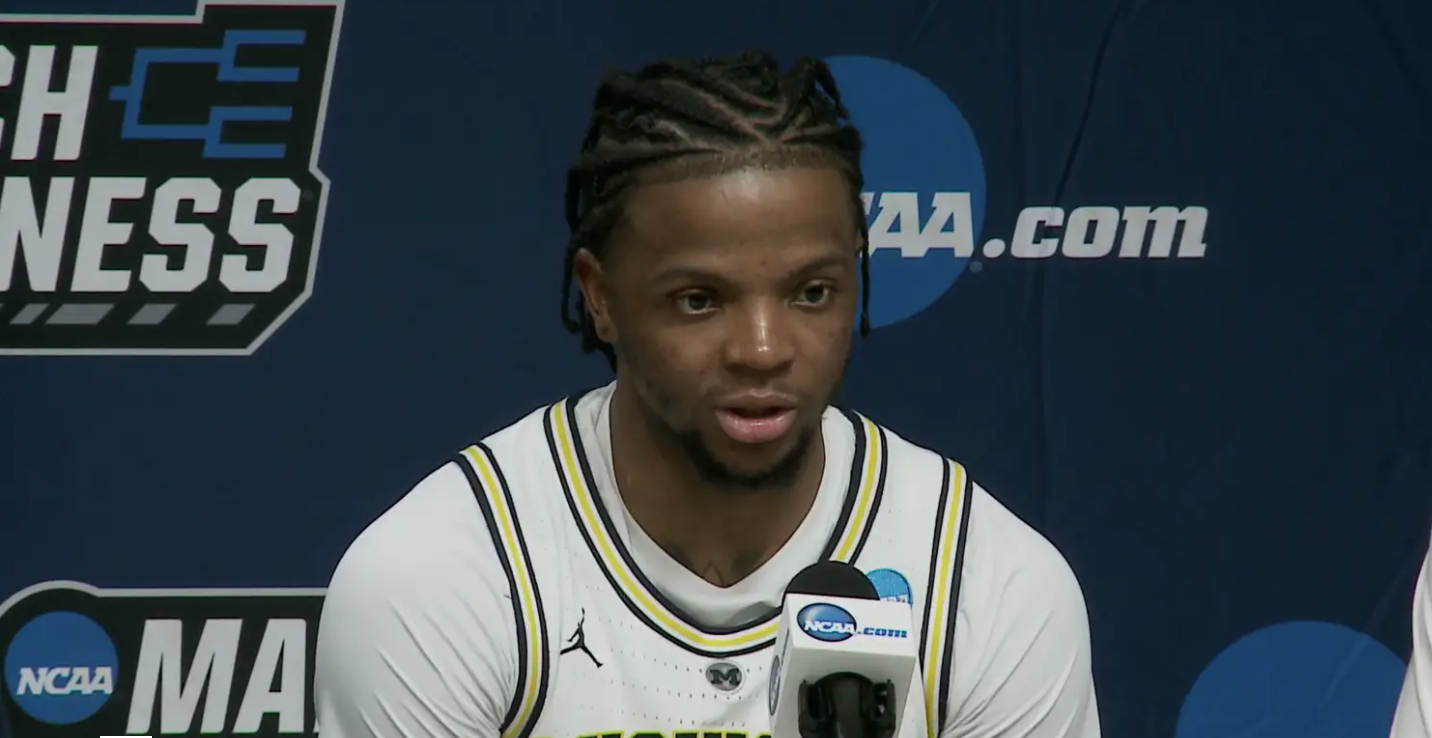 John Beilein, Jon Teske, Zavier Simpson and Charles Matthews were on the podium after Michigan’s comfortable win over Montana on Thursday night.

JOHN BEILEIN: Thrilled about this win, watching Montana and playing them again I thought last year’s team was very good. It’s tough to compare great to great. I thought this team had more weapons offensively. They were a great three-point shooting team and there is a reason why they ran through the Big Sky and won it. We were fortunate we were able to defend the three-point game and defend their isolation match-ups, et cetera, and really proud of these three guys and the whole team and how they bounced back after losing a championship game late Sunday and here we are playing Thursday and they bounced back like champions like they are.

THE MODERATOR: Questions for our student-athletes?

Q. Charles, you certainly looked more comfortable out there than you did last week. Perhaps just for you describe what the recovery process has been like and how tonight felt different from last week; and then for Zavier and John, describe for me what difference a 100% Charles Matthews means to your team?
CHARLES MATTHEWS: Dealing with any injury can be tough and understanding it’s a process to get back to where you were before it happened. Like I said, I had a great group of guys around me. Our athletic trainer was tremendous helping me with rehab and the coaching staff did a great job of supporting my as well, and I was able to take my time and get back to where I wanted to be.

ZAVIER SIMPSON: It’s always good having Charles back. His presence means a lot and great to see his baskets fall through tonight and he communicates a lot. He’s a great leader on both ends of the floor and we know he’s going to give his best.

Q. What does this game mean to you guys moving forward to have gone against a tough defense team? They did force eight steals.
JON TESKE: They’re a great defense team. We had a couple of silly turnovers. Give credit to their pressure. We knew coming in that might be a problem and we coughed it up a little bit. But we were talking about sometimes the toughest game to kinda get over and to get this one under our belt feels good.

ZAVIER SIMPSON: We knew they were going to have great pressure. They have great guard play. They are decent size all over the court and they were active on the ball and off the ball as well. We just wanted to get the jitters out of the first game and keep our head focused.

CHARLES MATTHEWS: This weekend always seems to be the toughest, for all teams, just the nerves of the tournament. Montana is a great team, being able to switch their positions and they present defensive challenges, and they were definitely tough on the floor. But we were able to win.

Q. Zavier, Charles was active all night you seemed to find him a lot especially early. Was that a point of emphasis or how the match-ups dictated?
ZAVIER SIMPSON: I just play honestly with our offense and coaching staff they put us in a great position to find others. With me being a point guard it’s my job to find others and early on Charles was open. He was knocking down shots and feeling it. His body language was great and it’s always good to see that, but it’s nothing with Charles. I just try to find whoever to get them easy points to get their rhythm going.

Q. Charles, Zavier is giving you credit. Talk about what Zavier means to you on the court?
CHARLES MATTHEWS: We just found out that he set the school record. The first guard to have eight 10-assist games in a season. So that’s a huge testament to what he does. I feel like so many times he kind of gets I don’t want to say undervalued if he’s not having an offensive game. But he means so much to us and none of these big nights that we have would be good without him. So we really appreciate him as well.

THE MODERATOR: Thank you, gentlemen. Questions for Coach?

Q. John, you touched on this at the start, but quick turnaround. How do you feel about your team’s energy and focus at the start and throughout the game?
JOHN BEILEIN: I was a little worried. We had a logistics meeting on Monday and the faces were way down, and realized that, but, you know, mine was, too. And Tuesday’s practice was just okay. I thought when we got here and you get to a nice city like this and we had practice, we had a really good practice yesterday where I think everybody was focused. We got another chance. Some teams lose a championship game and they don’t get to go to a tournament. They’re smart kids and they hate losing just like their coach. But we bounced back and we had six losses all year and we have bounced back and won after every single one and that’s an important quality to have for a good team.

Q. Incrementally what have you seen in Charles’ health improvement? The tournament last weekend was one thing. The difference between Sunday and Thursday, what did you see?
JOHN BEILEIN: It’s hard. In the tournament you’re in the mix of things, so you play one, two, three. It was really the fist time he had really played. You had a game, couple days off, okay, here is what we gotta work on, and you could work on it. We just had to keep going and by the third game he still wasn’t himself.

So we played Isaiah more. He played great. But the last two days we tried to get the ball back in Charles’ hands, make him make decisions to just get him back. Basketball is a funny game. You’re two weeks off. It’s really different to step back on and be yourself.

Q. John, speaking of decisions, what do you think of your team’s shot selection tonight? How do you like your flow on offense?
JOHN BEILEIN: We had probably two of them that were a little crazy, right? But other than that I thought it was pretty good. We’ve been, you know, as the year went on we’ve been getting better, not at the pace that I wanted it to be. But it is getting better. These kids, sometimes you have to fail if you’re going to focus even better in the future. But I thought today was pretty good.

Q. Coach, your guys mentioned that, like, it’s the first game, they’ve gotta ease into it. Is that something you have been harping on?
JOHN BEILEIN: We showed them and we had a really good team last year, we showed them the first four minutes of last year’s game where the first media timeout we were down 10-0. And we showed them the fouls that were being called because they don’t believe the coach when they say they’re going to call these in games. As the Big Ten went on and every probably league comes on they stop calling the fouls that they did earlier in the year. The NCAA is a new year. We were able to show them that and we only sent them to the foul line 14 times and they had the appreciation that this is a fresh start. I loved the way we came out in the game and a little blip to start the second half, but then we responded to that, too.

Q. Coach, not so much in this game, but Isaiah had the big game in the Big Ten tournament. He did have a big game today. Is seems like he’s taken a step forward in the last handful of games. Do you see that?
JOHN BEILEIN: He’s become a more versatile player and he was taking, where he was settling for jump shots way too much. We’ve been working on it. How to get two feet in the lane, land on two and finish in crowds. Everything was a jump shot or a fade-away, reminds me of D.J. Wilson, who is with the Milwaukee Bucks now. A lot of it was the fade-away, not getting your body in there and Isaiah is doing that. Plus he’s playing the 3, the 4 and the 5 for us now. And that’s really good against a team like this. If you only have bigs you’re going to have trouble with this team, right? Because they’re going to take you off the dribble and having him be able to go and switch the ball as a 5-man today was great for us and our freshman wouldn’t be able to handle Austin Davis as well.