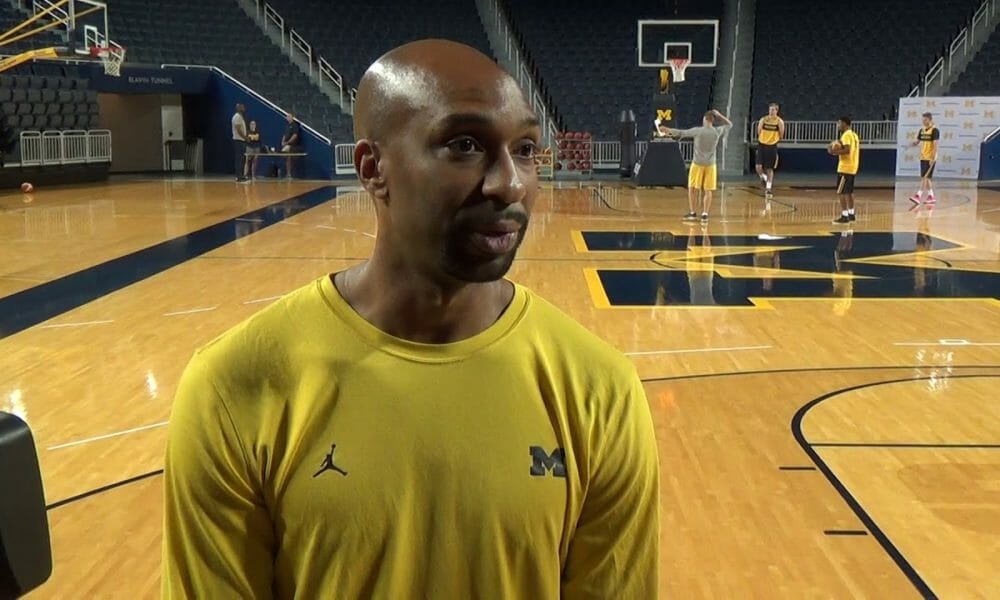 According to a report by The Athletic’s Brendan Quinn, Michigan assistant coach Saddi Washington will be staying in Ann Arbor.

Per sources, U-M assistant Luke Yaklich is indeed headed to Texas. Not official, but in the works. First reported by @JonRothstein.

Additionally, Saddi Washington, I am told by sources, will be retained by Juwan Howard as a member of the U-M staff.

Washington has been on staff at Michigan since 2016-17. The Wolverines are a combined 89-27 during his three-year stint as an assistant coach. Before his time in Ann Arbor, Washington was an assistant on Greg Kampe’s staff at Oakland from 2006 through 2016.

Washington’s primary on-court duties at Michigan had been developing the Wolverines’ post players. He played a critical role in the development of Moritz Wagner, DJ Wilson and Jon Teske. His primary recruiting territory is in Michigan given his extensive history in the state.

Washington is a native of Lansing and played college basketball at Western Michigan. He was the most tenured assistant coach on staff and served as Michigan’s interim head coach last summer when John Beilein was sidelined by a heart procedure.

With the news that Luke Yaklich is headed to Texas, Howard still has two assistant coaching roles to fill.