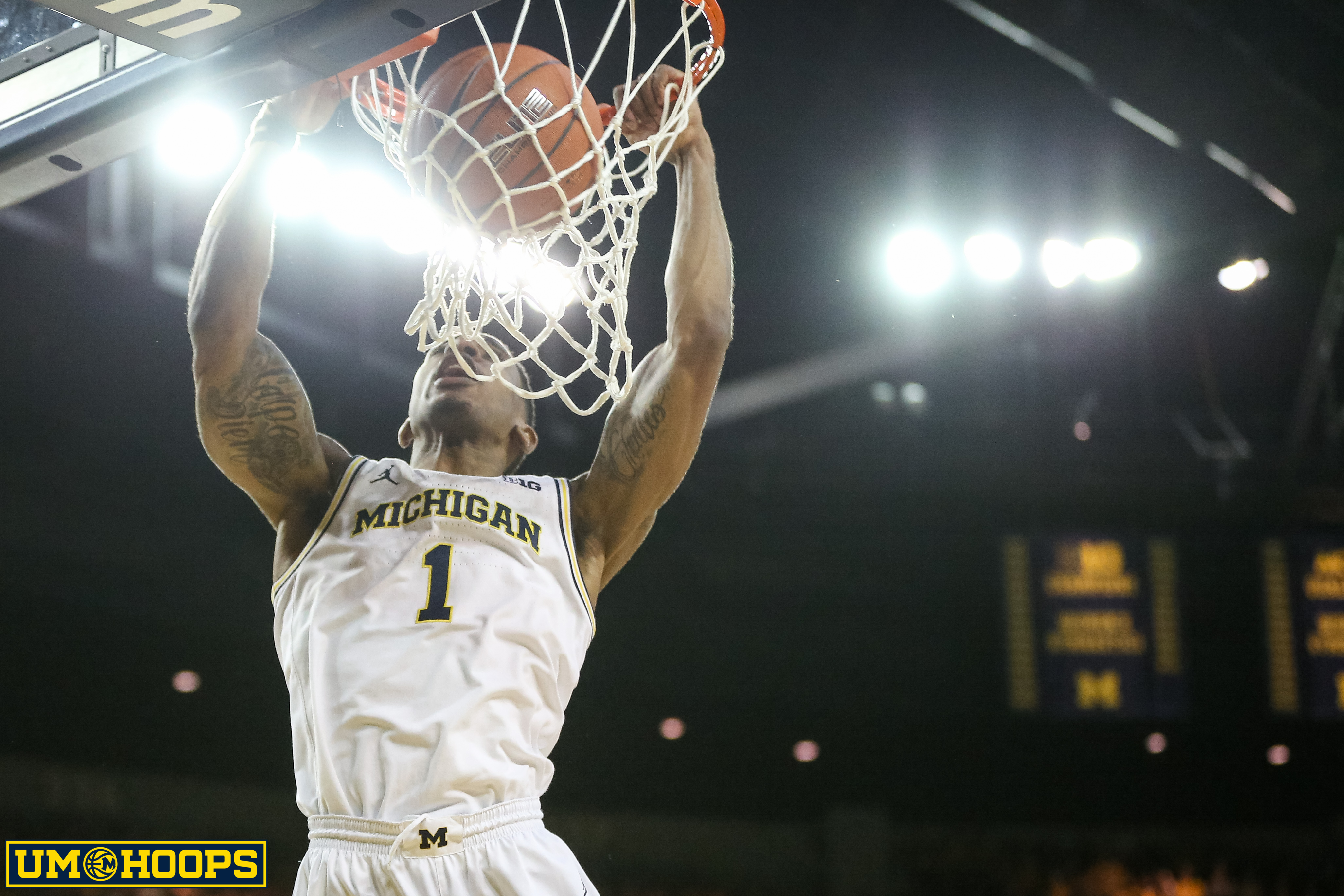 Former Michigan wing Charles Matthews suffered a torn ACL in a pre-draft workout with the Boston Celtics, per his agent.

Matthews had picked up notoriety as one of the best defenders in this year’s NBA Draft class and had been trending toward a second-round selection. He’s expected to miss “most or all of the 2019-20 season.”

His agent told ESPN.com that he’d be open to signing a two-way contract.

“Injuries are tough, but Charles is an extremely hard worker and will be back stronger than ever,” Pensack told ESPN. “He had a series of outstanding workouts lately and has helped himself. Charles will continue that momentum when he returns to action. As of now, we have interest in the second round as Charles is OK signing a two-way contract like Edmond Sumner did with the Indiana Pacers in 2017.”

Matthews is one of three early entries that Michigan lost this offseason, joining Jordan Poole and Ignas Brazdeikis in the NBA Draft.