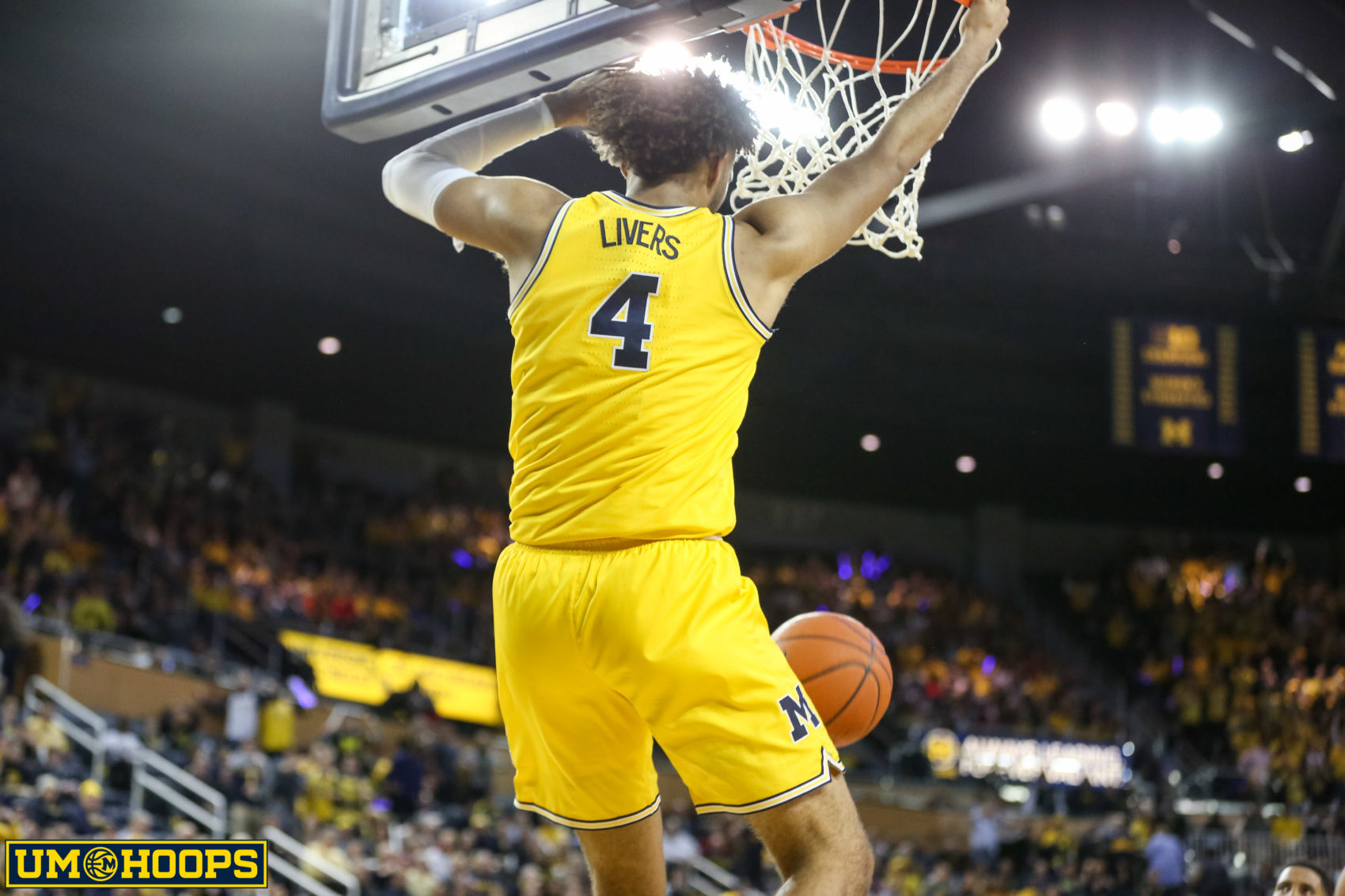 Our selection process involved much deliberation to arrive at a list we hope will provide plenty of reaction and debate. The series will be broken into five parts and our second installment of players 16-20 is available below. Previously: 21-25

If Illinois is going to overachieve this year, Trent Frazier will need to develop into the player that many expected after his freshman year. Frazier was named to the All-Big Ten Freshman Team in 2017-18 after averaging 12.5 points and three assists per game. His 3-point shooting improved to 41 percent as a sophomore, but he only shot 42 percent on 2-pointers.
Among the Big Ten’s junior class, Frazier has been one of the most reliable performers with 46 career starts and a 13.1 points per game scoring average. If Frazier can make steady improvements to his efficiency, especially inside the arc, he can be one of the league’s best secondary options.

Haarms led the Big Ten in block rate last season and made an impressive 67 percent of his 2s as a sophomore. Haarms graded out as a 93rd percentile post-up scorer last season, per Synergy Sports, but he hasn’t seen the volume of post touches that recent Purdue centers like Isaac Haas, AJ Hammons and Caleb Swanigan have handled.
Purdue could attempt to force the ball inside to Haarms more often as a junior, or use the 7-foot-3 big man to create floor spacing. Haarms increased his free throw percentage from 54 percent to 70 percent and started to showcase an outside shot (7-of-25 on threes) last season.

An injury to Trice was a major reason Wisconsin’s 2017-18 campaign was derailed, but his return to the lineup last season helped propel the Badgers back to the NCAA tournament.
Trice is a below-average finisher on 2s, but shot 39 percent on 3s last season and only turned it over on 12.4 percent of his possessions. Without Trice in the lineup for the majority of the 2017-18 season, Wisconsin finished 67th in turnover percentage nationally. Upon his return at the point guard spot last year, the Badgers were 9th in the country in turnover percentage.
The key for Trice as a junior will be figuring out how to find consistency over the course of the season. Over Wisconsin’s first 20 games last season, he scored in double figures 17 times. But he faded down the stretch with just two double-figure scoring performances over Wisconsin’s final 14 games.

After only playing sparingly in Purdue’s first 14 games last season, Williams emerged as a force in the post in the back half of the season for the Boilermakers. In Big Ten play, his per-40 minute numbers were elite – 20.2 points and 14.6 rebounds – per game.

The question for Williams is simple: Can he morph from a 10-to-15 minute per game player into a guy that can be on the floor for 25 minutes? He was stellar for USA Basketball in July during the FIBA U19 World Championships as he averaged 8.7 points and 6.6 rebounds during a run to the gold medal. The graduation of Grady Eifert should put Williams in line for more minutes right away this season and if he’s able to handle the increased workload, the Michigan native could outperform this ranking by season’s end.

Livers will have every opportunity to break out in 2019-20 as Michigan is forced to replace starters at the two, three and four positions. New head coach Juwan Howard referred to Livers, who played the majority of his minutes at the four and five last season, as a “big guard” during an offseason media availability. How Howard chooses to deploy the 6-foot-7 junior, who shot 43 percent from 3-point range last season, will be fascinating. Livers will have to improve his ball-handling to reach his ceiling as a playmaker, but his floor as a three-and-D wing establishes him as a top-20 player in the conference.