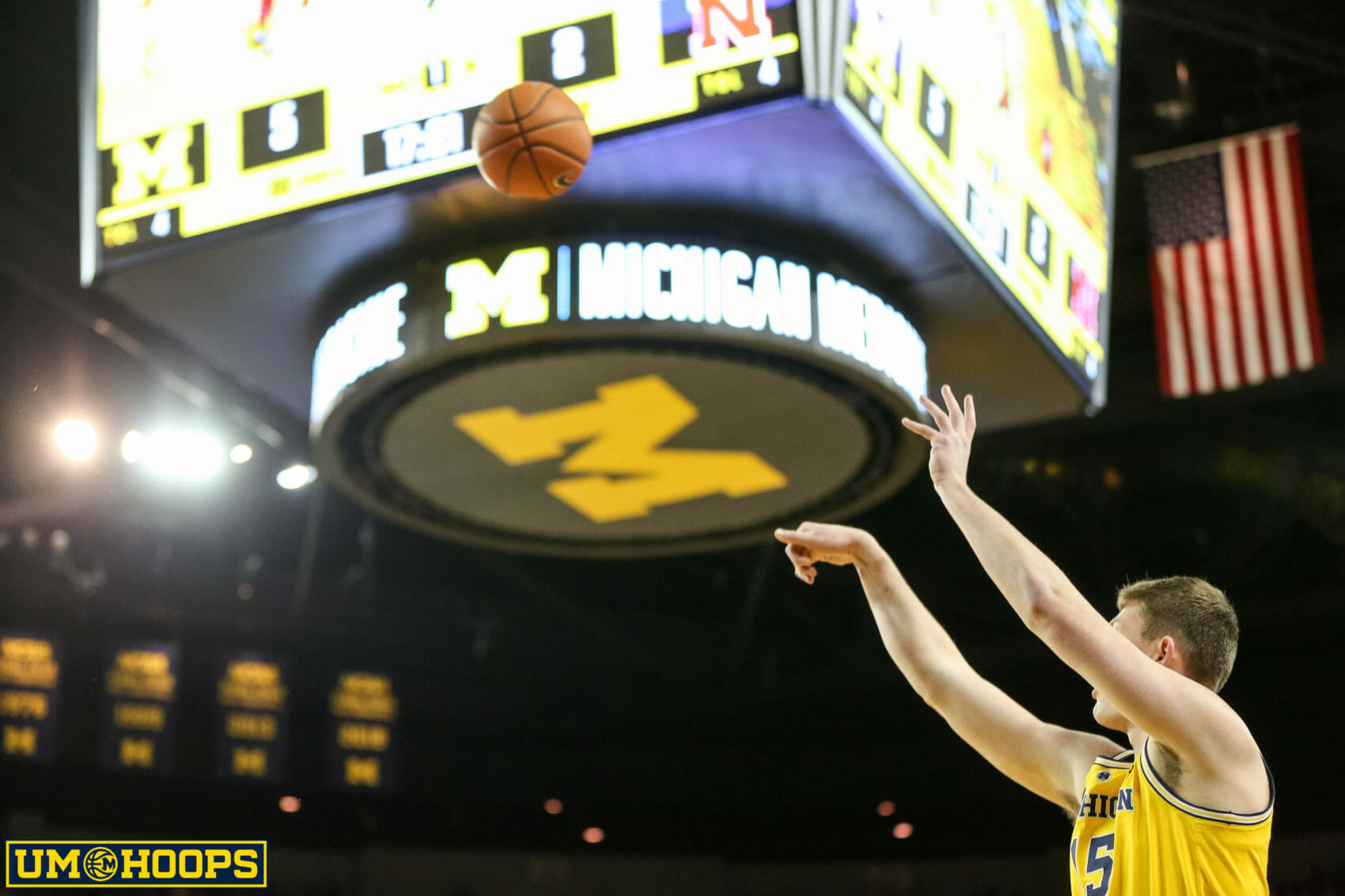 Editor’s note: We’re excited to announce that we’ve hired two new writers, Ethan Sears and Max Marcovitch, for the upcoming season. Ethan and Max will be handling the beat coverage of the team and we’re thrilled to welcome them to UM Hoops. Both are extremely talented and have big ideas for the coming season.

You probably remember Ethan from the 2018-19 season, but make sure to follow him on Twitter if you don’t already.

About two years ago, Dylan called me about a job opportunity.

He said he needed a backup reporter for Michigan basketball, and I jumped at the chance. Neither of us assumed it would be particularly involved — I’d cover the home games, get to a press conference once in a while and build some experience. Even with that caveat, it’s a little crazy to me that anyone thought I was qualified to be credentialed at the time.

The night before media day, I watched back the Michigan-Louisville game from the prior year’s NCAA Tournament, because I knew next to nothing about the roster. The next day, I decided to ask Zavier Simpson why he had changed the first letter in his name. He (justifiably) snapped at me. I introduced myself to John Beilein after his press conference and, two months later, when I saw him at Pizza House after a radio show, he extended a hand to shake and asked my name, leaving me to explain that I had been covering his team the entire season.


Get UM Hoops for 2019-20. For a limited time only, sign up with the promo code NEWYEAR to get an annual membership for just $3 per month.

I didn’t know much about anything those first few months, as a college freshman in way over my head. It took until the season went on and the job became more involved than I ever imagined, culminating in successive trips to New York, Wichita, Los Angeles and San Antonio as Michigan made the Final Four, that I started to figure things out.

Now, I’m entering my third year covering the program, and I’ll be doing it back at UM Hoops. I couldn’t be more excited.

Last year, covering the team for The Michigan Daily, I dove into the relationship between Jordan Poole and Beilein. I wrote about the time Beilein was an assistant coach, went to East Lansing to ask Cassius Winston about his side of the rivalry with Simpson and got on the phone with coaches to ask what made Beilein’s offense hard to prepare for in March. I collaborated with the rest of the Daily beat on an oral history of the 1989 title ahead of its 30th anniversary, and when Poole led Michigan to the Sweet 16, I asked him about building a legacy beyond The Shot. Those are the kind of stories you’ll see from me this year.

This is as exciting a time to cover this program as there’s ever been. Juwan Howard is in his first-ever head coaching role. Simpson is a senior trying to lead a roster that will be dependent on a lot of unproven pieces. Everything about the kind of player the Wolverines are trying to recruit changed overnight, and everything about Howard’s eventual success hinges on whether it works.

To be clear, this won’t affect my work at The Daily, where I cover the football team and run the sports section with Max Marcovitch. I’ll still be busy as ever there. This is additive, and getting to work with Max even more is one of the things I’m most excited about.

We want to make this the first place you go for Michigan basketball coverage, and we think we’re capable of doing that.