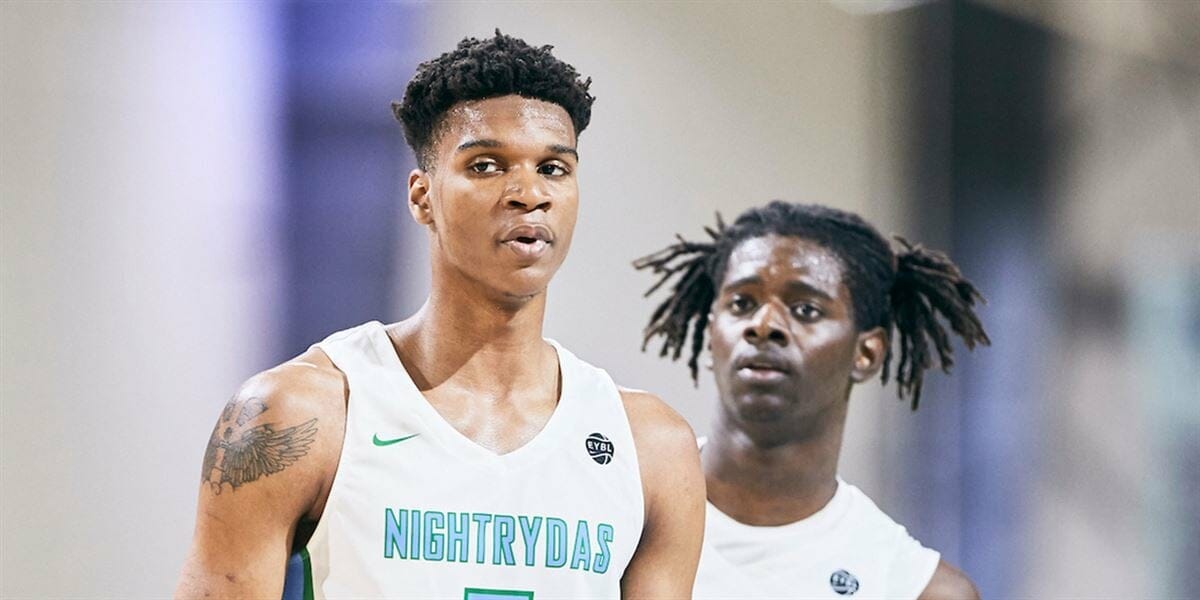 On Thursday, class of 2020 forward Isaiah Todd will announce his college decision. The announcement is expected to at 7:45 p.m. ET at Todd’s school, Word of God Christian Academy.

Watch our video scouting report for a complete breakdown of Todd’s game. We broke down hundreds of possessions of Todd in action this summer to highlight his potential and hone in on areas where his game needs to grow at the next level. 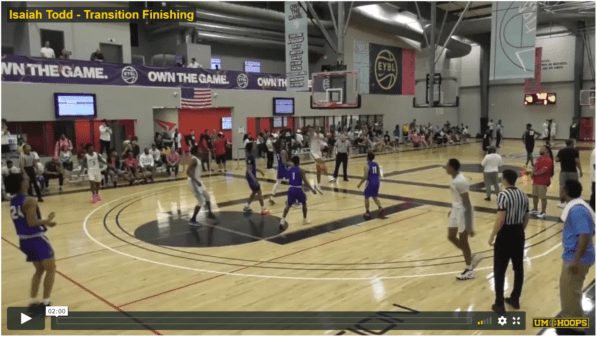 He announced a list of five finalists after the grassroots season that included Michigan, Kansas, Kentucky, Memphis and North Carolina. He took official visits to Michigan and Kansas and revealed that he would announce his college decision — either Michigan or Kansas — on his birthday, Thursday, October 17th.

Juwan Howard has been searching for his first class of 2020 recruit. He’s looking for someone to take a chance on his program and be first, similar to when he committed to Michigan as a prospect, and he wants Todd to be that prospect.

“There have been some recruits that have been really excited about the new vision and what we have in store,” he said earlier this month. “I just feel that once one recruit commits, it’s going to be rapid-fire … everyone else will fall in. Who’s willing to step in the front line and bet on himself first? I bet on myself first when I stepped in the line and I committed to Michigan. Are you willing to bet on yourself?”

Kansas hosted Todd for an official visit during its controversial Late Night at the Phog season tip-off event featuring a performance by Snoop Dogg with acrobatic dancers, stripper poles and money cannons. The Jayhawks have been recruiting Todd since his freshman year but had to sell Todd on joining the program despite looming sanctions from the NCAA.

Todd will announce for either Michigan or Kansas but is unsure if he’ll sign a letter of intent. Whether he signs or not, the winner on Thursday will be sweating out rumors that Todd could play overseas next season. Todd, like many other top prospects in the 2020 class, is reportedly interested in overseas options but has downplayed the rumors. He has stated publicly that college sounds like the better option right now.

The player on his options

On Kansas: “I love Coach Bill Self, he has a lot of experience, he always goes to the Tournament, I love the facilities, when I went on my visit it felt good. He wants me to come in and be a one-and-done and wants me to score. That’s what he told me and he wants to win a lot.”

On Michigan: “I like Juwan Howard. He’s just cool and he just gets it. He’s relatable. Plus, I loved that visit; everything about it. I feel like I clicked with the team, and I love the history that they have there. The fans are really passionate too; I love that.”

On playing overseas: “It’s a thought in the back of my head, but I really think the college route [is best].”

Most national scouts and analysts expect Todd to pick Michigan. At 247Sports, over 75% of Crystal Ball projections are for Michigan including all projections made this month. At Rivals, six of nine analysts who logged a FutureCast picked Michigan.

· At Michigan: We don’t know much about Juwan Howard’s offensive system, but Todd is an ideal first recruit for the new head coach. Howard made $150 million playing power forward in the NBA and spent his time in Miami developing young big men like Bam Adebayo and Hassan Whiteside. Todd’s natural abilities are rare, but he does need to harness them into a consistently productive package to establish his stock at the next level.

· At Kansas: Bill Self is a head coach who is comfortable fitting his system to the top talent that he can find. The Jayhawks didn’t land a five-star commitment in the 2019 class and only have one pledge, from junior college wing Tyon Grant-Foster, in the 2020 class. Todd would be the signature recruit for a program that is looking to build momentum despite tough circumstances.

Todd is expected to announce at his high school, Word of God Christian Academy, at 7:45 p.m. on Thursday evening. The announcement is sure to make its way to social media where you can follow Todd on Twitter or Instagram under the handle @zaytodd.