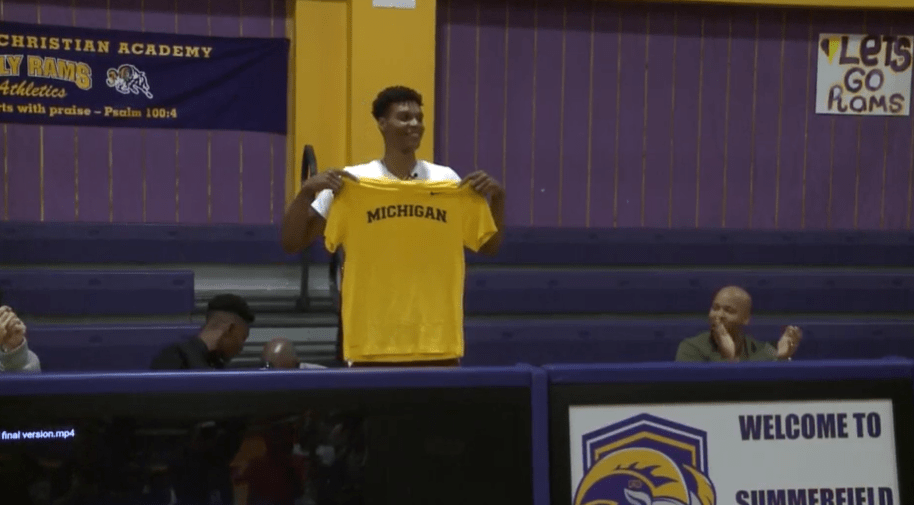 Juwan Howard secured his first five-star commitment today, 140 days after he was formally was introduced as Michigan’s head coach. Five-star power forward Isaiah Todd made it official tonight as he announced his pledge to the Wolverines.

Todd joins four-star point guard Zeb Jackson in Michigan’s 2020 class. He’s the highest-ranked recruit to commit to Michigan since Mitch McGary, then ranked 2nd in the nation, chose the Wolverines in November 2011.

Todd was regarded as the top prospect in the 2020 class after his freshman year and his stock has slipped some since, but he’s still regarded as one of the top 15 players in the 2020 class. After his final summer on the grassroots circuit, Todd is ranked 12th nationally according to 247 Sports Composite.