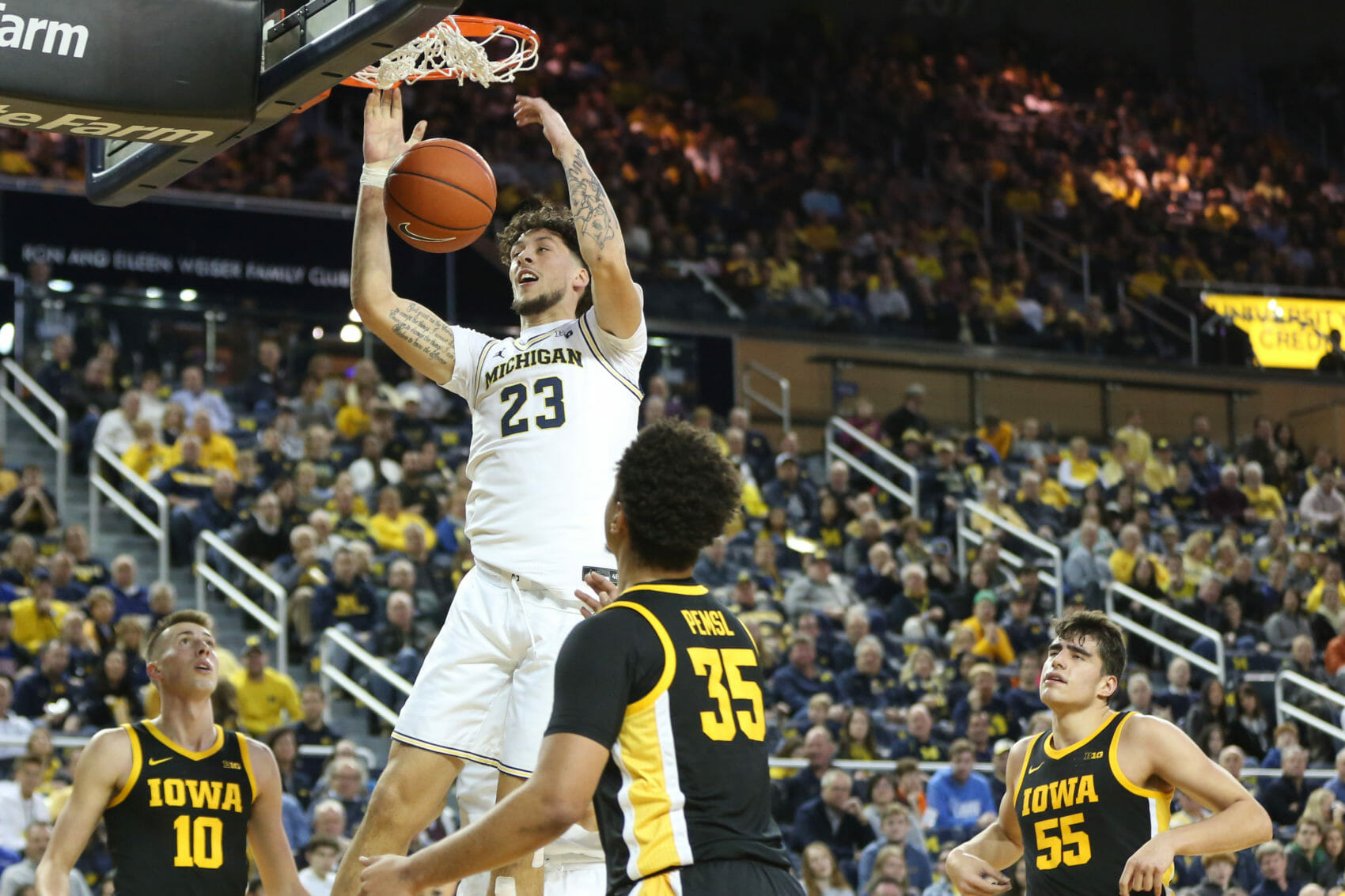 Juwan Howard’s hand went up with the rest of Michigan’s bench, and with most of the fans sitting behind it. When Eli Brooks’ shot fell, pushing the Wolverines’ lead to 13 early in Friday’s second half, the rest of those hands going down in celebration, Howard’s stayed right there.

It might as well have stayed there all night.

If this is what Howard’s offense — and by extension, Michigan’s — can look like on its best night, everyone else should take notice.

Six guys in double digits. Franz Wagner dunking and hanging on a rim, joking afterwards that it felt good to do that again. Brandon Johns draining 3-pointers and hopping back down the floor. Isaiah Livers scoring 14 without anyone even realizing it. Austin Davis coming off the bench and dunking twice. The Wolverines shooting a combined 26-of-43 between layups and 3-pointers, accounting for a strong majority of shot attempts. An opposing center, Luka Garza, dropping 44 points — a school record — and the game never quite creeping into doubt in the second half.

“They move the ball. They share the ball,” Iowa coach Fran McCaffery said Friday night, after his team had been beaten 103-91 by Michigan’s offensive hailstorm. “…You do those things, you’re typically gonna be successful.”