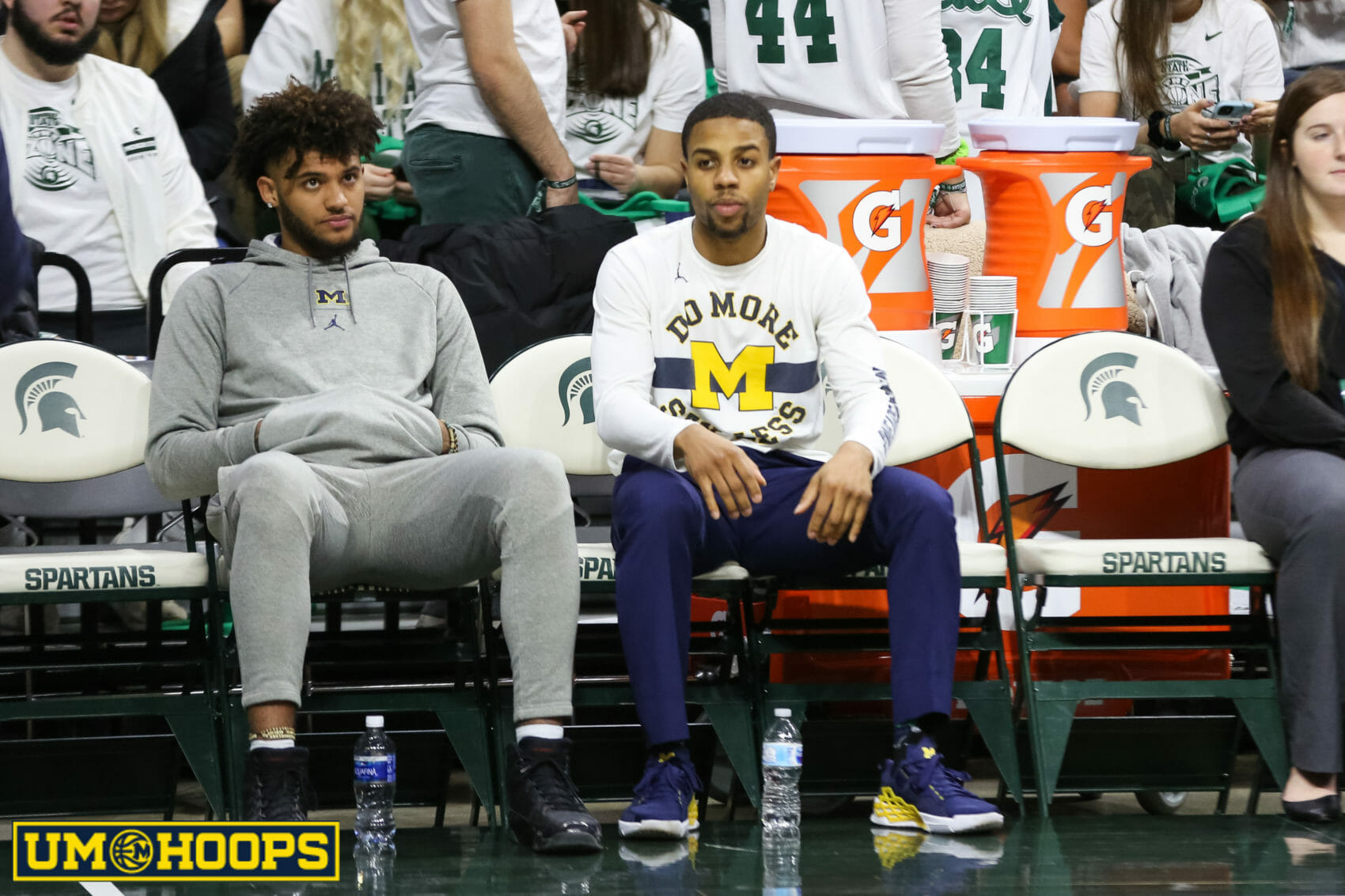 Juwan Howard’s update on junior forward Isaiah Livers was brief and vague once again Wednesday. Michigan’s coach characterized Livers, who’s been out since Dec. 27 with a groin injury, as “day-by-day”, without much elaboration.

“No, no update yet,” Howard said. “We’re just praying he continues to keep healing day-by-day — which he is, he’s improving day-by-day.”

In the interim, though, Livers’ absence creates a gaping hole in Michigan’s rotation. Not only is Livers the team’s second leading scorer (13.6 points per game) and best shooter (50 percent from 3-point range), but his mere presence affords this offense the space it needs to operate functionally.

Without him against Michigan State on Sunday, Brandon Johns Jr. slotted into the starting ‘4’ role. The Wolverines fell decisively, 87-69, and surfaced a multitude of questions, one of which has no real answer: How does this group temporarily cope without Livers?

“Next man up,” Howard said Wednesday. “We have a group and a team, and more importantly have a group of guys on that roster that knows our sets, and I feel very comfortable with who’s closing the game. And I’m also confident that when the ball is in certain guys’ hands, they’re going to make the right decision with it.”