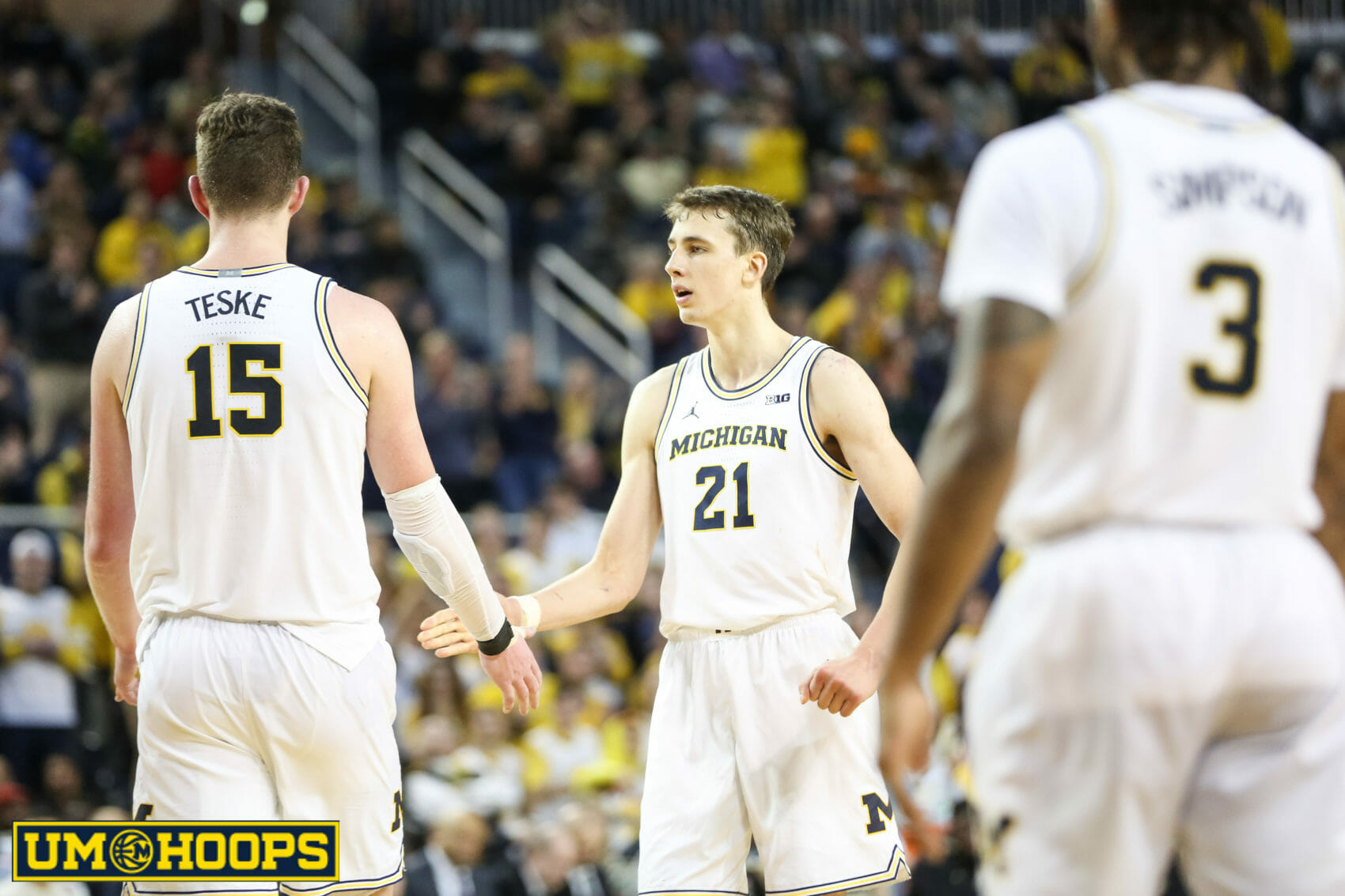 With 2.5 seconds — the final 2.5 seconds — left in Thursday’s game and the result finally, mercifully sealed, Franz Wagner still had a point to make. Before a Purdue inbounds, he walked over to Zavier Simpson, talking and gesticulating, oblivious to the fact that the game was over in all but name.

When the clock hit zeroes, Michigan winning 84-78, there was no celebrating from Wagner, nor from David DeJulius, Zavier Simpson, Eli Brooks and Jon Teske. They trudged back to the bench with muted reactions to daps and high fives. That’s what happens when you’re on the floor for 19 minutes and 14 seconds straight of high-intensity basketball, a never-ending game hanging on every move.

When Juwan Howard substituted that group, a small-ball lineup with Wagner at the ‘4,’ into the game with 9:14 to go in the second half, it amounted to a predictable show of desperation. Purdue center Matt Haarms was out of the game for good, neutralizing the Boilermakers’ two-big look. The Wolverines, at that point, were down just three and lucky to be so. All the problems of Sunday’s loss at Michigan State — a lack of spacing without Isaiah Livers and a disorganized, listless offense coming as a result — came back in full.

So Howard, in the second half of a Big Ten game sandwiched between two conference losses and two upcoming road games, went to a lineup that had played just five offensive possessions together prior to Thursday.