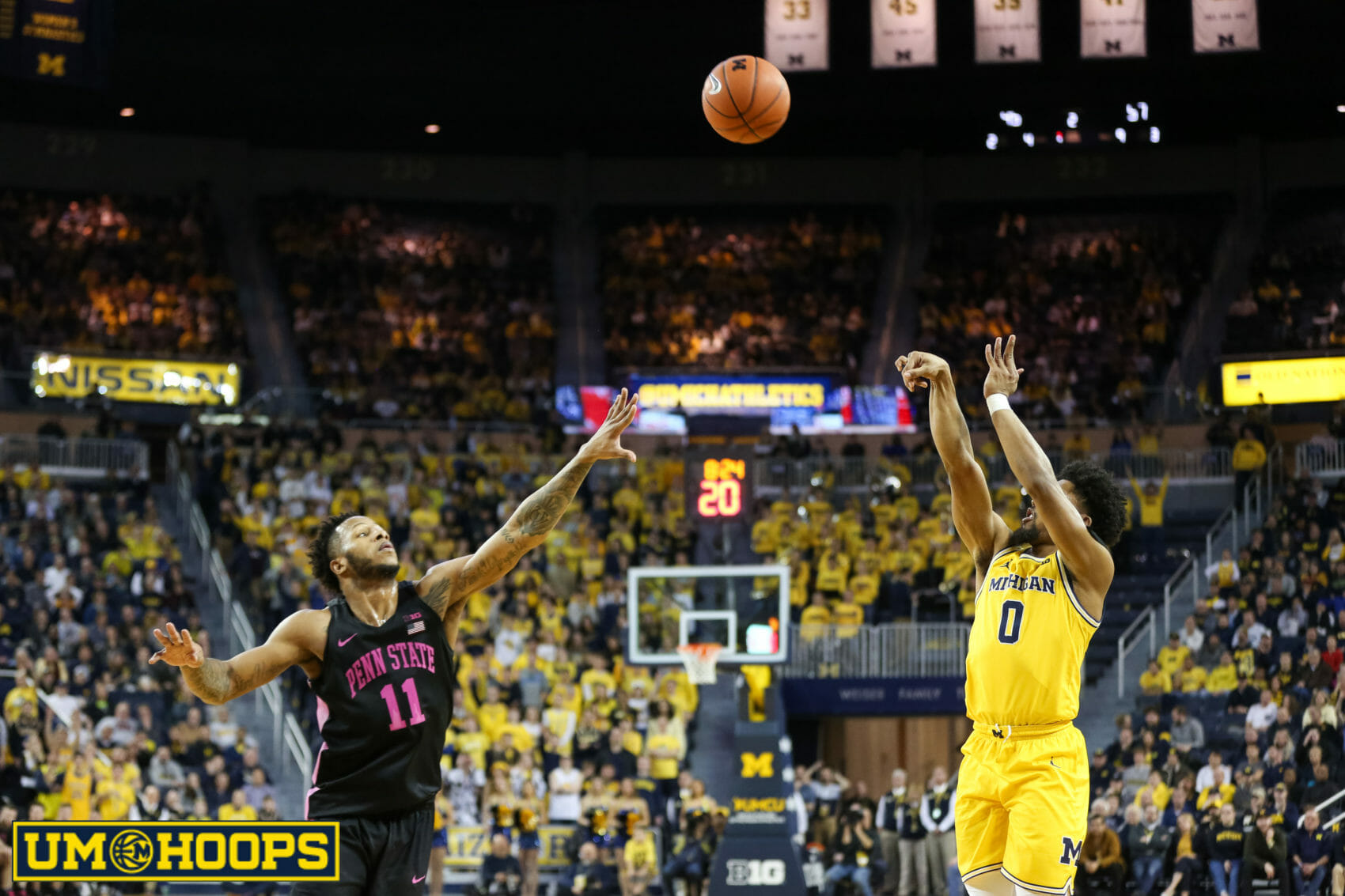 Michigan dropped its first home game of the Big Ten season and was left searching for answers in the aftermath. The Wolverines have lost four out of five and need to figure out a way to right the ship sooner than later. Here are five takeaways from the home defeat.

David DeJulius has been a pleasant surprise for Michigan this season, but he’s lost his way a bit in Big Ten games, and his issues start with his jump shot. He made 18-of-40 3-pointers in non-conference games but is 2-of-14 from behind the arc in Big Ten games. Beyond just missing shots, his shot profile has changed significantly.

In Big Ten games, DeJulius is only attempting 29% of his shots from 3-point range. In non-league games, he attempted 59% of his shots from outside.  He’s not a player who gets to the rim consistently — 12% of his shot attempts this season have been around the basket — but he’s started taking difficult 2-point shots instead of more valuable 3-point jumpers. 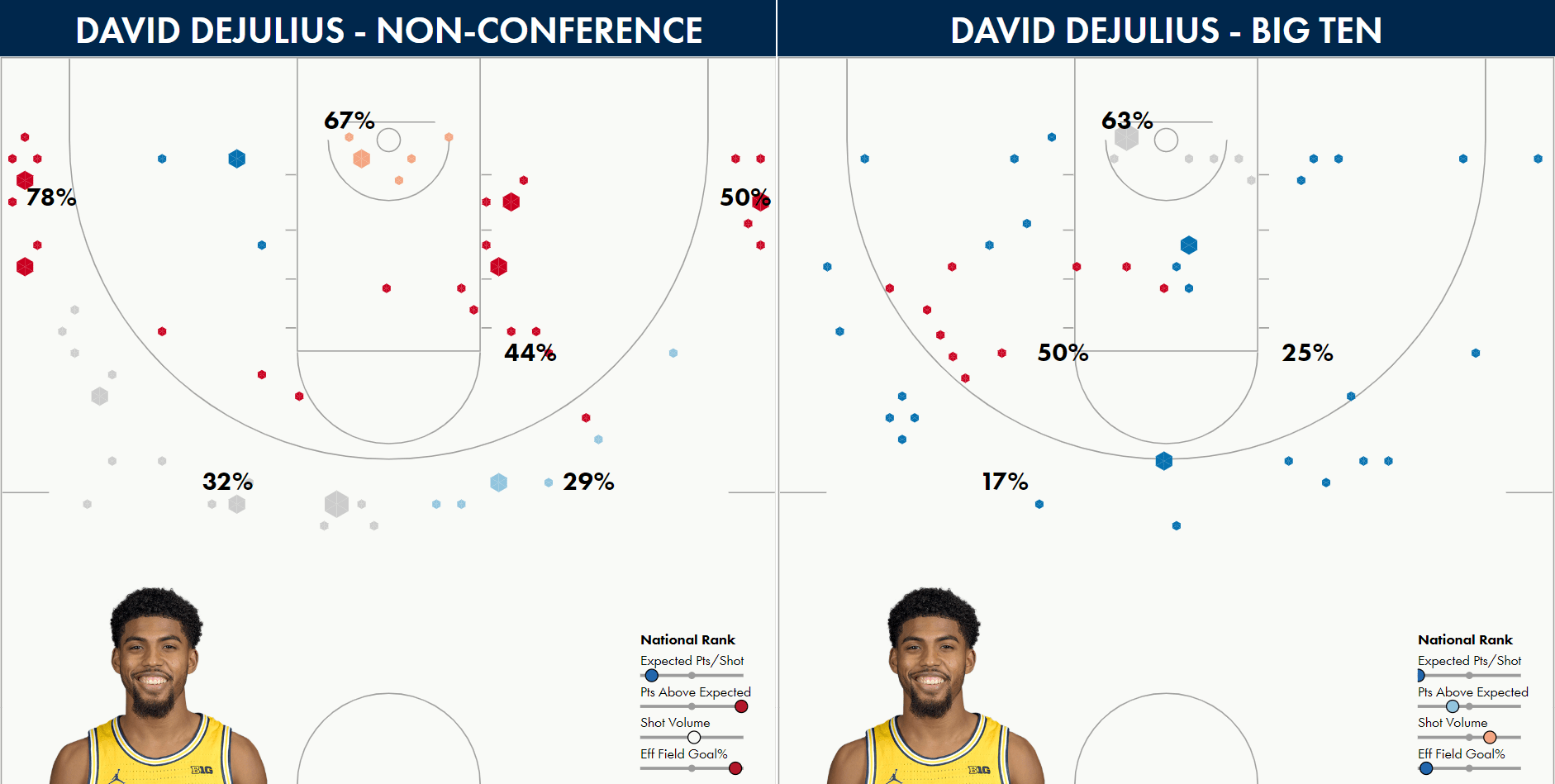