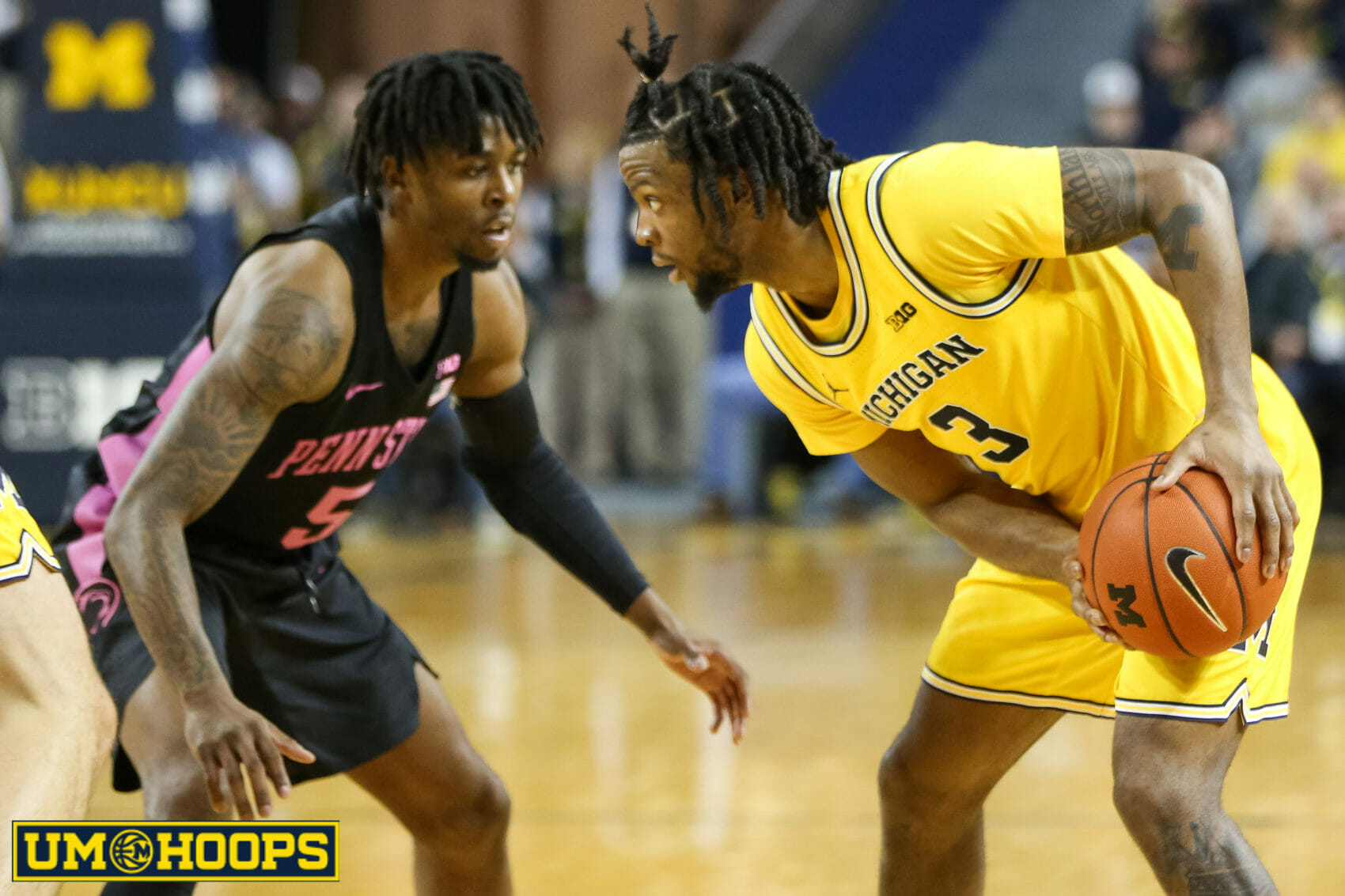 The question was blunt. The answer was equally so.

“You’ve been playing a lot of minutes,” a voice stated firmly from the back of a media scrum Friday. “Are you tired?”

There was a certain edge to Simpson on Friday — a trait he rarely lacks, to be fair. It bordered on overt frustration. To his credit, Simpson kept that sentiment dutifully suppressed.

It would, of course, be understandable if he were frustrated. For the first time in his Michigan career, Simpson has lost four of the last five games. He’s a guy who has made the NCAA Tournament all three years, played in 12 NCAA Tournament games, and three Big Ten Tournament title games. He’s a guy who started in a National Title Game two years ago, and now, in his final collegiate stretch, is trying to steady a ship on the verge of tipping.