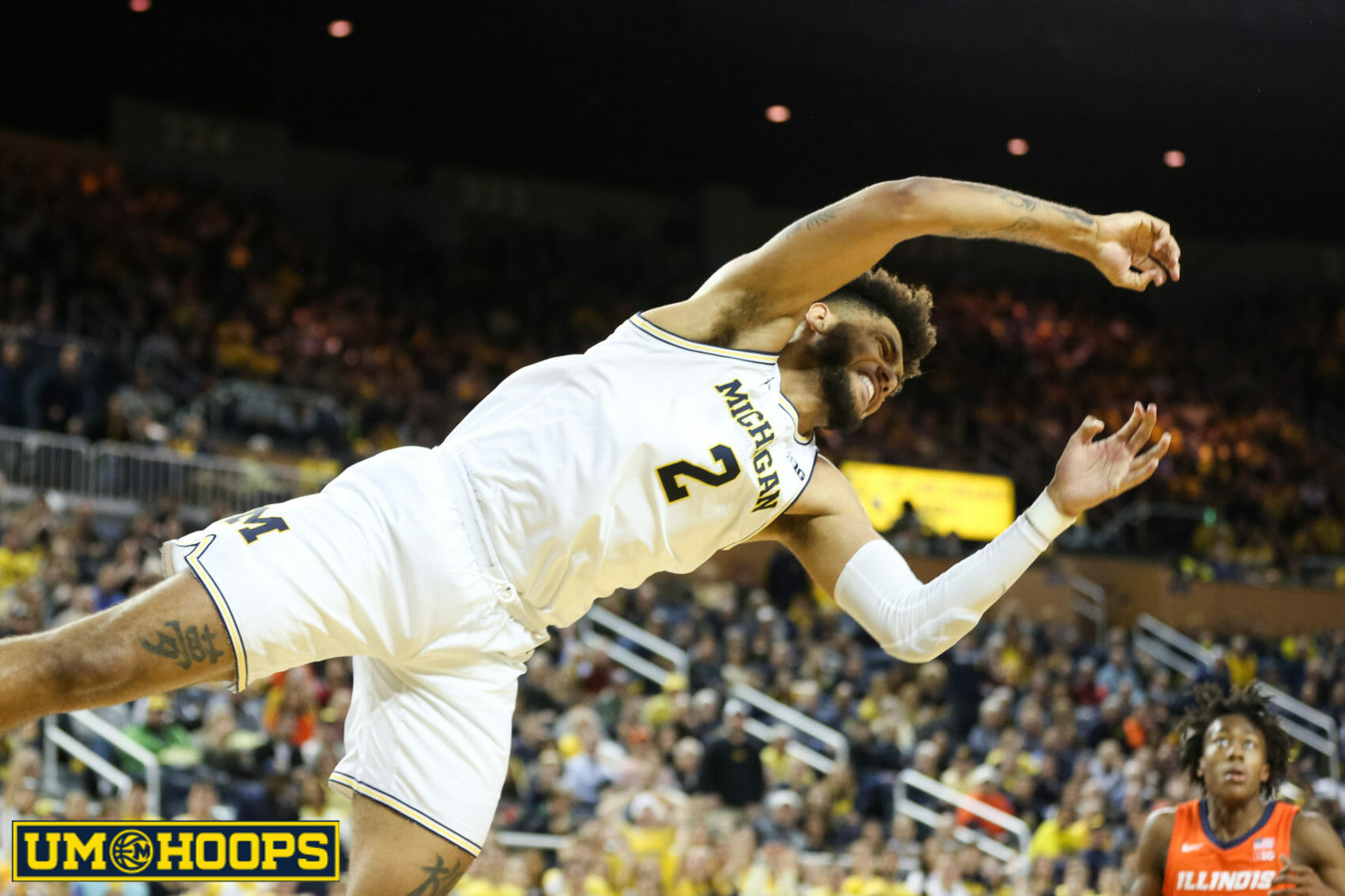 Isaiah Livers’ hands grasped the rim, anchoring the rest of him. He swung, then crashed down in a heap, staying on the floor.

Just a few minutes earlier, Livers had let a transition 3-pointer fly, watching it roll through the net before putting his head down and pumping his fists as he ran back down the floor with the game tied. In the 19 minutes he played on Saturday in an abbreviated return from a month-long absence, that was just one of two shots he made, but the impact was all over the place. Livers rebounded. He pointed and switched on defense, a central hub of communication. Michigan looked sharp.

But when Livers got up after that missed dunk, he grabbed at his groin. He slapped the floor with two hands, the noise taking all the air from a silent Crisler Center. He took two free throws, walked off with his hands raised and got a hug from Howard.

“When you have someone who cares about the game, person and basketball player, to see him go down again, it’s unfortunate,” a choked-up David DeJulius said afterwards.

The fallout, right now, is unclear. Howard called Livers day-to-day in his postgame press conference — the same label applied to him for the last month as he missed game after game. What’s clear is that any extended absence from Livers would exponentially amplify the magnitude of Saturday’s 64-62 loss to Illinois.