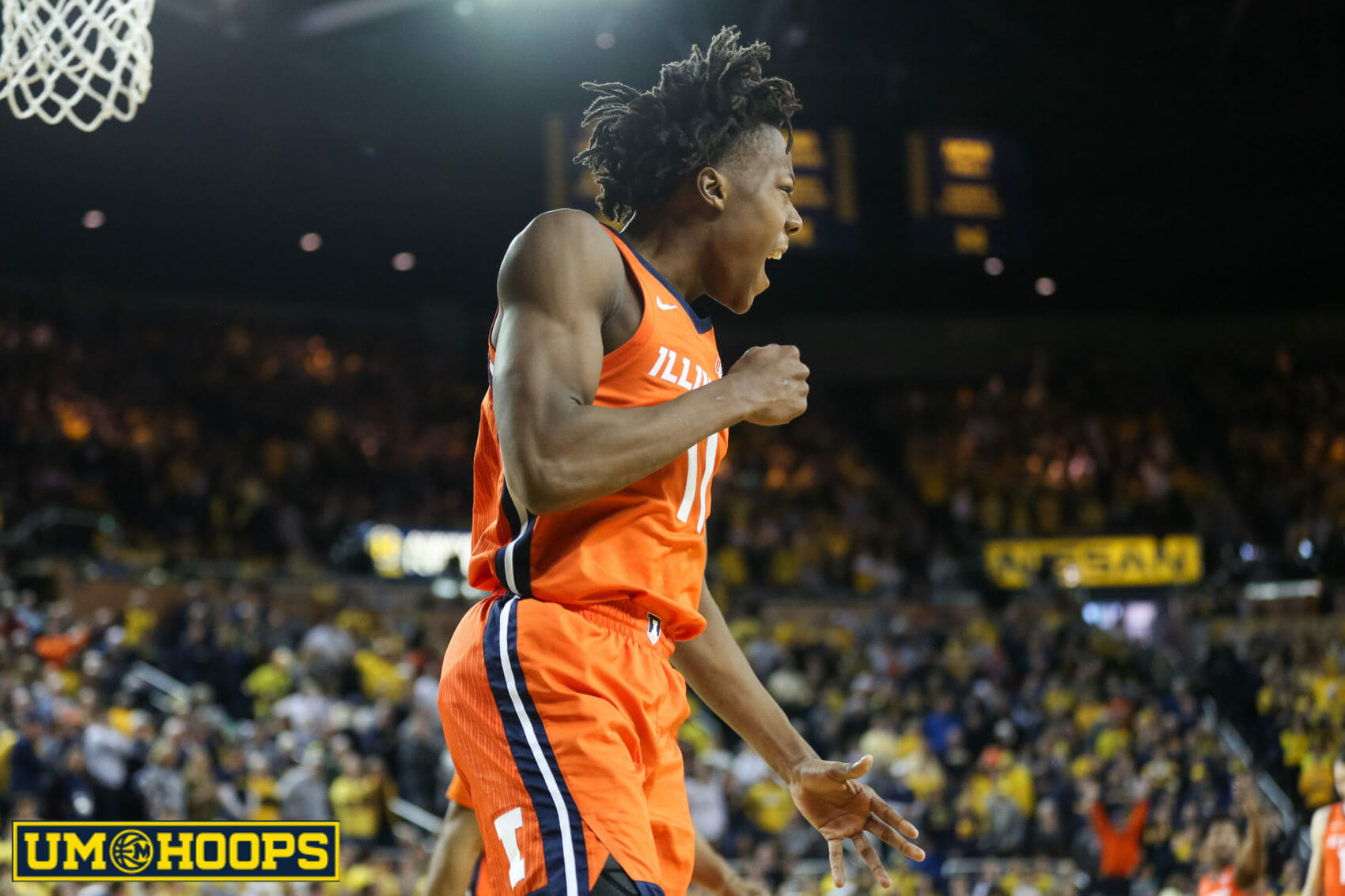 The reality is, it probably never should have come to that.

Ayo Dosumnu getting the ball smack dab on the mid-court logo, staring senior Zavier Simpson square in the face, ominously lurking forward, getting to his preferred spot on the elbow and sizing up a game-winner. The best player on the court, who had 25 points to that point, needing just a 15-footer to send Michigan’s season spiraling toward disaster.

It was in those intervals of moments — between dances and hesitations from Dosunmu — that Michigan fans likely thought back to what had gone wrong. In the final five minutes of the game, the Wolverines missed all five of their free-throw attempts, including two from freshman Franz Wagner, who came into the game an 87 percent free-throw shooter. They failed to score in the final 2:25 of the game. They missed six of their last eight shot attempts, including a 4-foot hook shot from senior Jon Teske — a possession that consumed enough time to afford Dosumnu the final word.

When Dosumnu’s jumper inevitably found bottom for a 64-62 lead with 0.5 seconds left, those unforced errors only magnified. In a game Michigan had to have, it’s now compelled to look inward on why it couldn’t pull through.

“Yeah, it was kind of the story of the game right now,” Wagner said, fighting back tears. “We tried everything. Great effort. I don’t think you can tell us that we didn’t play hard today. Just didn’t happen. Free throws, a couple defensive lapses.”