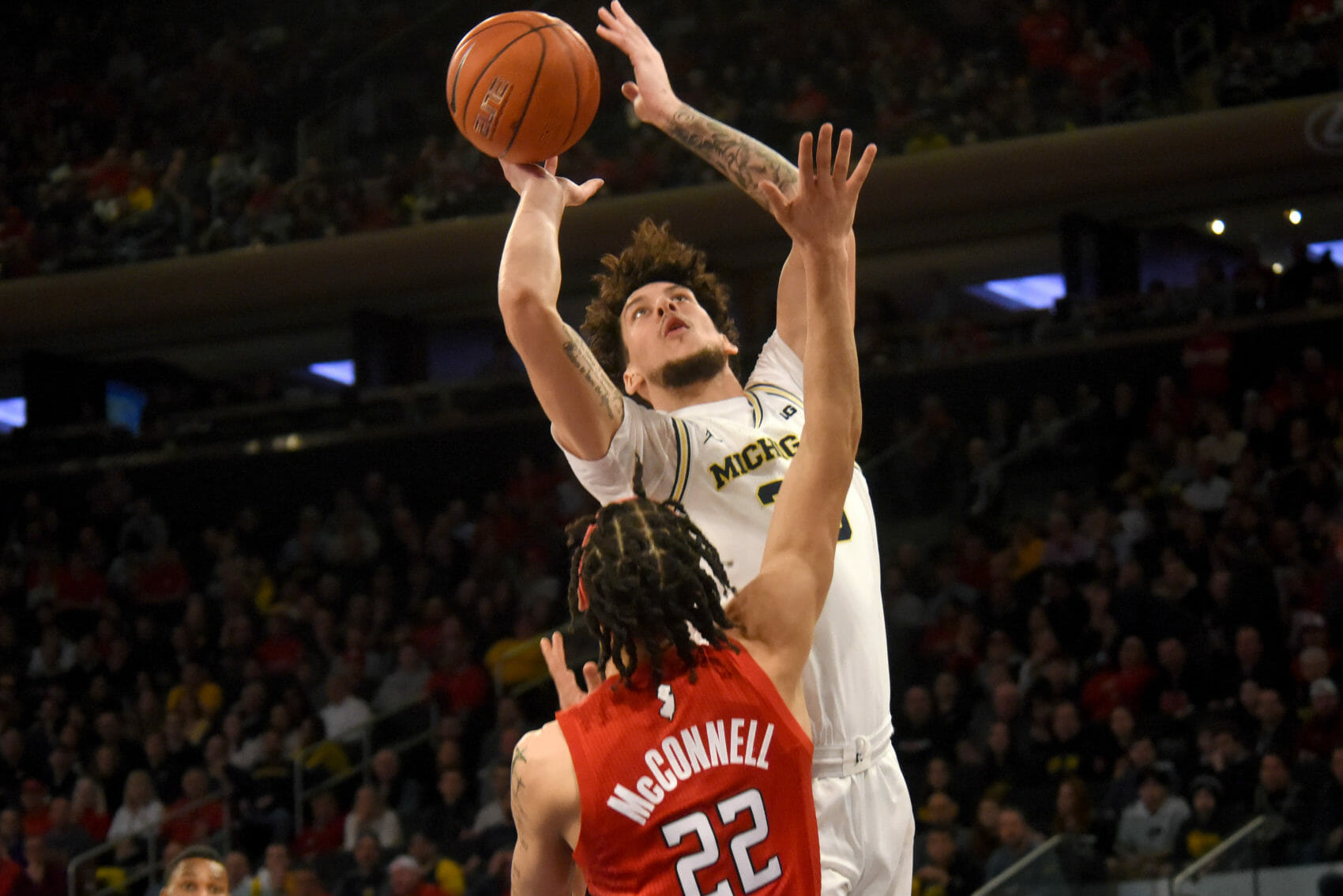 NEW YORK — It happened, Brandon Johns Jr. said, in the first half, as Rutgers played volleyball at the rim. At some point, a stray body part caught him, just below the eye.

So, as Johns sat at a podium after leading Michigan to a 69-63 win over the Scarlet Knights with the best performance of a still-young career, he sported a bruise just below his right eye.

“I guess it’s just a given for me now, but I’ll take it,” Johns said. “I’ll give everything I have to help the team win.”

After a month in which Johns has started all but one game, that statement carries a bit more weight. With Isaiah Livers out, the Wolverines have had little choice but play Johns heavy minutes. Now, they’re finally starting to see the rewards.

On Saturday, Johns scored 20 points. He shot the ball well from three, going 4-of-7, but just as important, he put the ball on the deck, driving and attacking. He pulled down seven rebounds. A player who until this point has been defined by his battles with confidence, Johns at varying points looked like someone who had been there before. And at this point, he has.

“Brandon’s been playing great for us all year,” Michigan coach Juwan Howard said. “A lot of the things that he’s been doing for his team to help us win is things that doesn’t really show up in the box score.