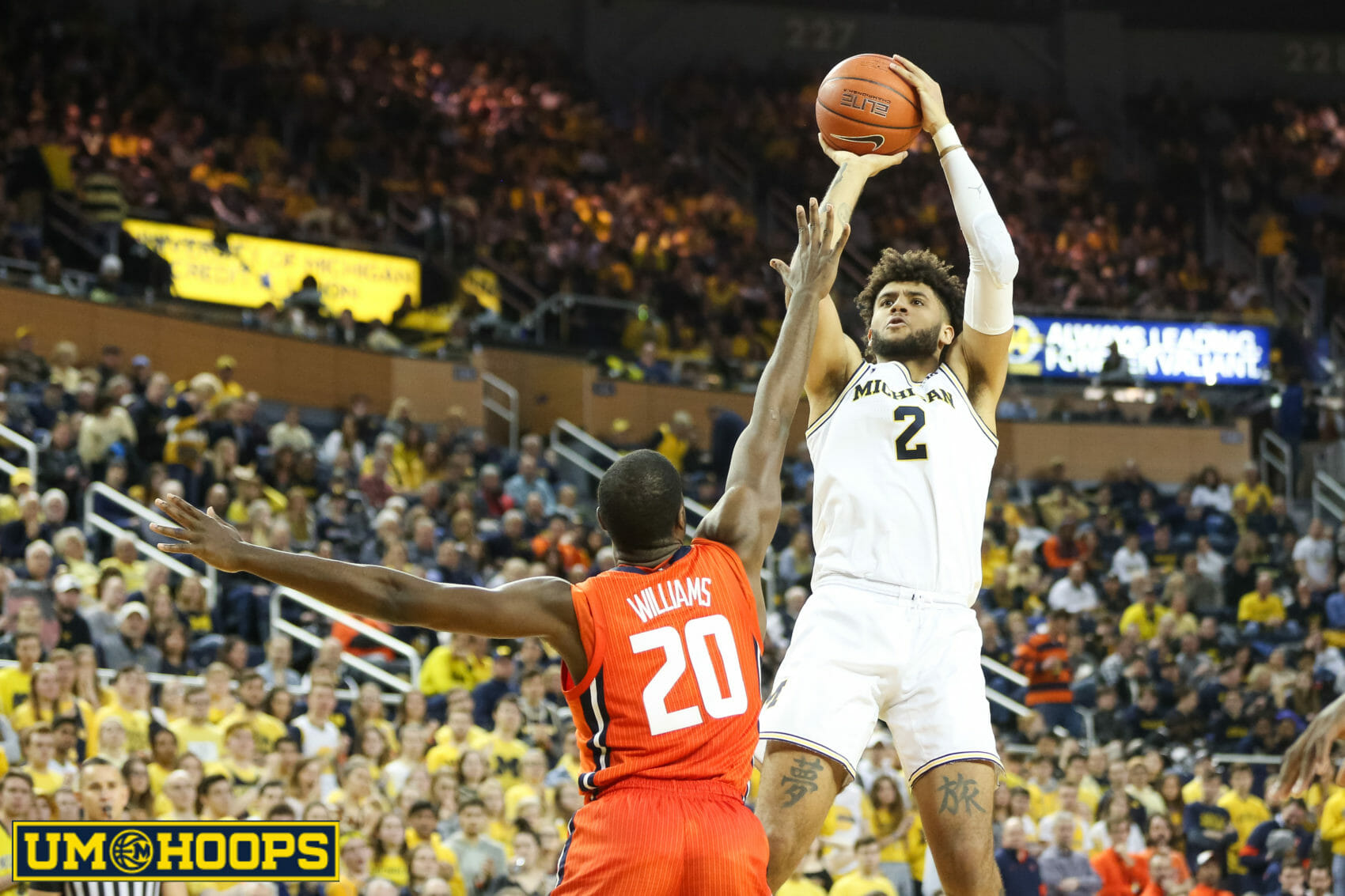 Isaiah Livers never said, during the 13 minutes he spent with reporters on Friday afternoon, whether he would play on Saturday. He would only say he hoped to play and stayed vague about whether he would practice later in the day.

He stated that playing was a possibility, but a decision might not be made until, “that 0:00 when the buzzer goes off and we’re about to do the national anthem.”

His mere presence, though, donning full warmup gear, standing adjacent to the door of Crisler Center’s media room and talking to media for the first time since initially getting injured on Dec. 21, spoke more than he himself could.

The first minutes of Juwan Howard’s news conference Friday were dominated by questions about the police report that emerged Thursday, via MLive, showing that Zavier Simpson crashed a car used by Warde Manuel’s son, then gave officers a fake name. That news came just a few days after a disheartening loss to Ohio State in the final seconds dropped the Wolverines to 13-9 on the season and 12th in the conference standings.

A two-game win streak seemed to portend optimism, but a Michigan State team that has beat the Wolverines four times in a row arrives at the Crisler Center on Saturday. All this to say, even the potential of some good news is welcome to Michigan basketball right now.

Whether gamesmanship or actual uncertainty, Livers and Howard both made sure to keep any return very much in the realm of potential. But there’s no better time than Saturday against Michigan State.

You can join UM Hoops for 50% off, just $2 per month, with promo code RIVALS and unlock exclusive content. Sign up today for coverage throughout the season.