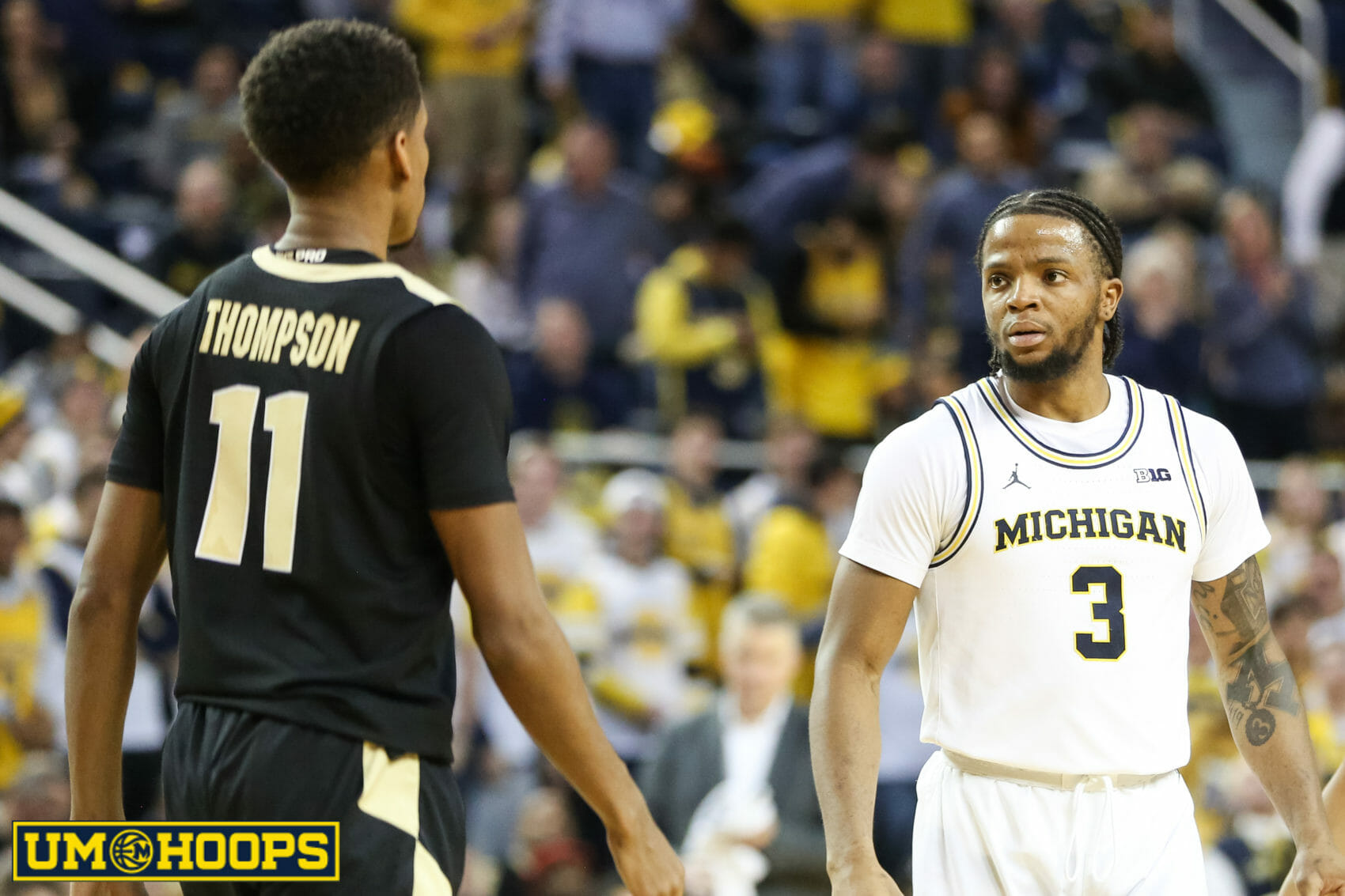 Michigan heads to Mackey Arena on Saturday to face one of the most confusing teams in college basketball, the Purdue Boilermakers (2:00 p.m. ESPN).

The Wolverines have lost the three straight at Mackey Arena after a 3-game road winning streak from 2012-14. The fanbase in West Lafayette will be revved up given the stakes at play on Saturday. The Boilermakers have dropped three games in a row and are just 14-13 (7-9 B1G) on the season, but play three of their final four games at home.

Purdue has a great chance to play its way into the NCAA Tournament although the rest of the college basketball landscape is trying to figure out if it is actually a good team.

According to Bart Torvik’s game score metric, Purdue accounts for three of the best single-game performances in the Big Ten this season — blowout home wins over Iowa, Michigan State, and Wisconsin. Excluding those three games, Matt Painter’s team also has two of the four worst Big Ten performances — a 63-37 loss at Illinois and a 70-56 loss at Nebraska.