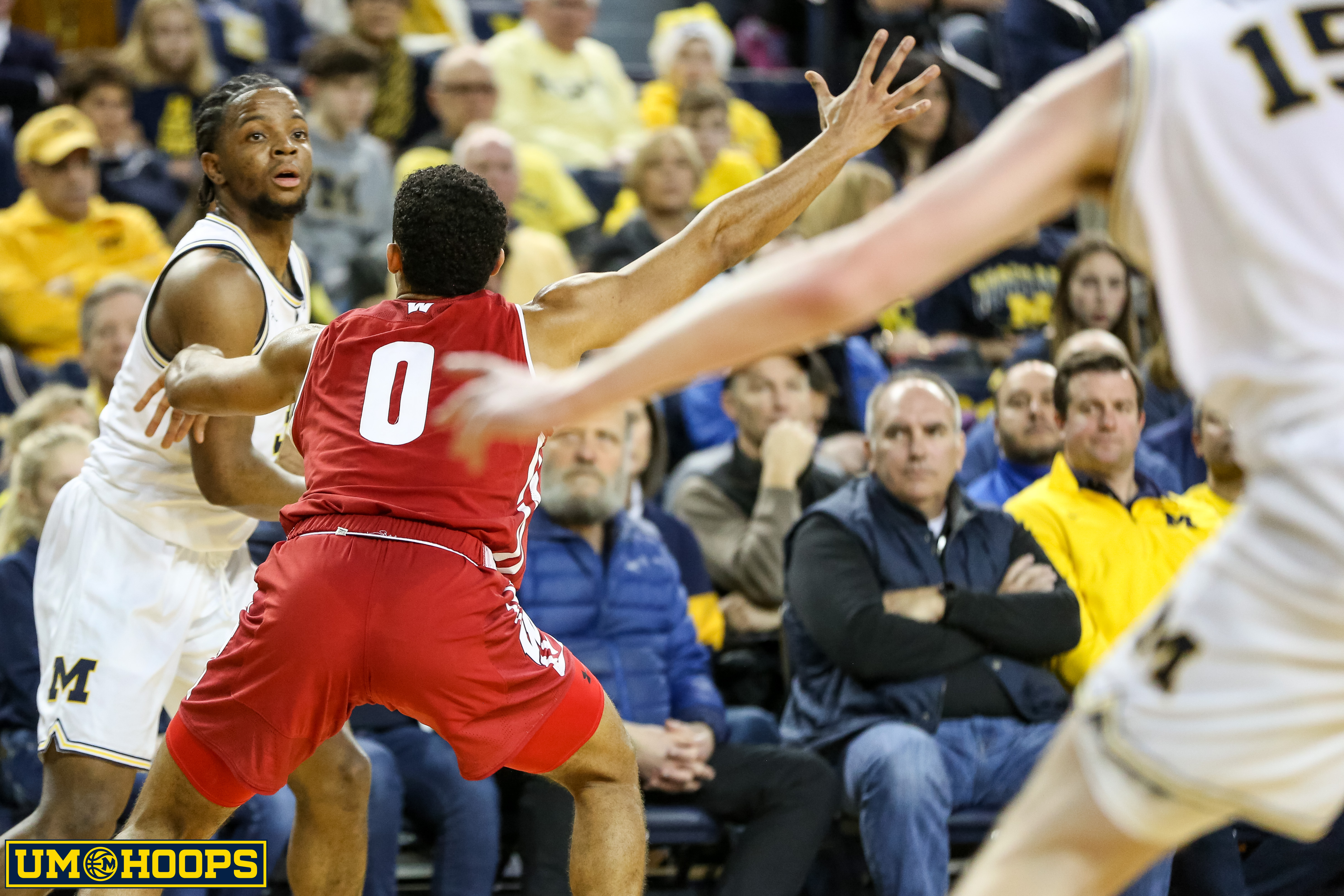 This season, many of the Big Ten teams’ makeup follows a certain archetype. There are an inordinate number of dominant big men — from Iowa’s Luka Garza to Minnesota’s Daniel Oturu, Illinois’ Kofi Cockburn to Penn State’s Lamar Stevens — who dictate how their teams play. That makes for a physical, defense-first league, and a meat-grinder of a conference schedule. For Michigan, in particular, it’s required a reconfiguration of their defense, which has guided a mid-season resurgence.

But Wisconsin presents a host of different challenges, ones the Wolverines will look to solve for the first time on Thursday in the teams’ first matchup of the season.

Wisconsin is still Wisconsin; They play through the post — all five guys can post up, according to Teske — and then look outward. Fervent Big Ten fans will recognize its style. Unlike previous Wisconsin teams, though, there’s no Frank Kaminsky or Ethan Happ dominating on post-ups. Nate Reuvers, the Badgers’ highest-usage frontcourt player, has taken nearly as many threes (85) as free-throws (95).