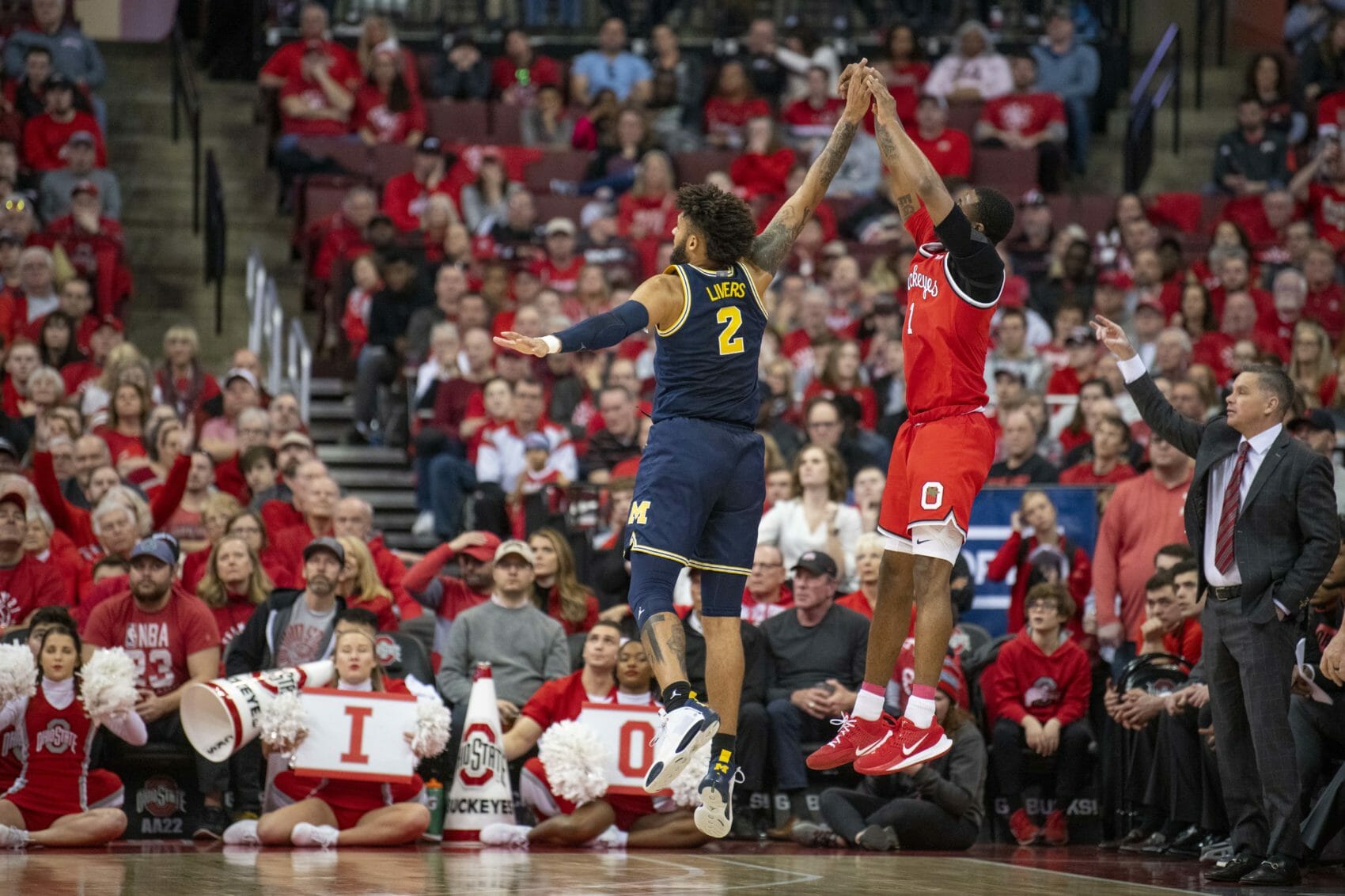 COLUMBUS — Juwan Howard called time with 9:49 to go. Duane Washington Jr. had just hit his fifth three-pointer of the afternoon, and the building could feel the game slipping out of Michigan’s grasp. Ohio State led by six.

On the other end of the break, Franz Wagner came up with an answer. He hit one three, then another, tying the game. He raised his arms coming down the court, clapping his hands twice. The noise echoed. This was momentum. In the end, it was the closest the Wolverines got.

Afterward, once Kaleb and Andre Wesson had finished what Washington started — raining down 3-pointers on Michigan until the Wolverines submitted, losing 77-63, Wagner stood in a back hallway of the Schottenstein Center in a blue pullover contemplating a second loss in four days with the same root cause. He was asked if Ohio State’s shot quality was any better or worse than Wisconsin’s on Thursday. He paused.

“Mmmmmmmmm. No,” Wagner said. “I mean, two of them were bad shots and they just went in. But other than that, they were pretty open.”