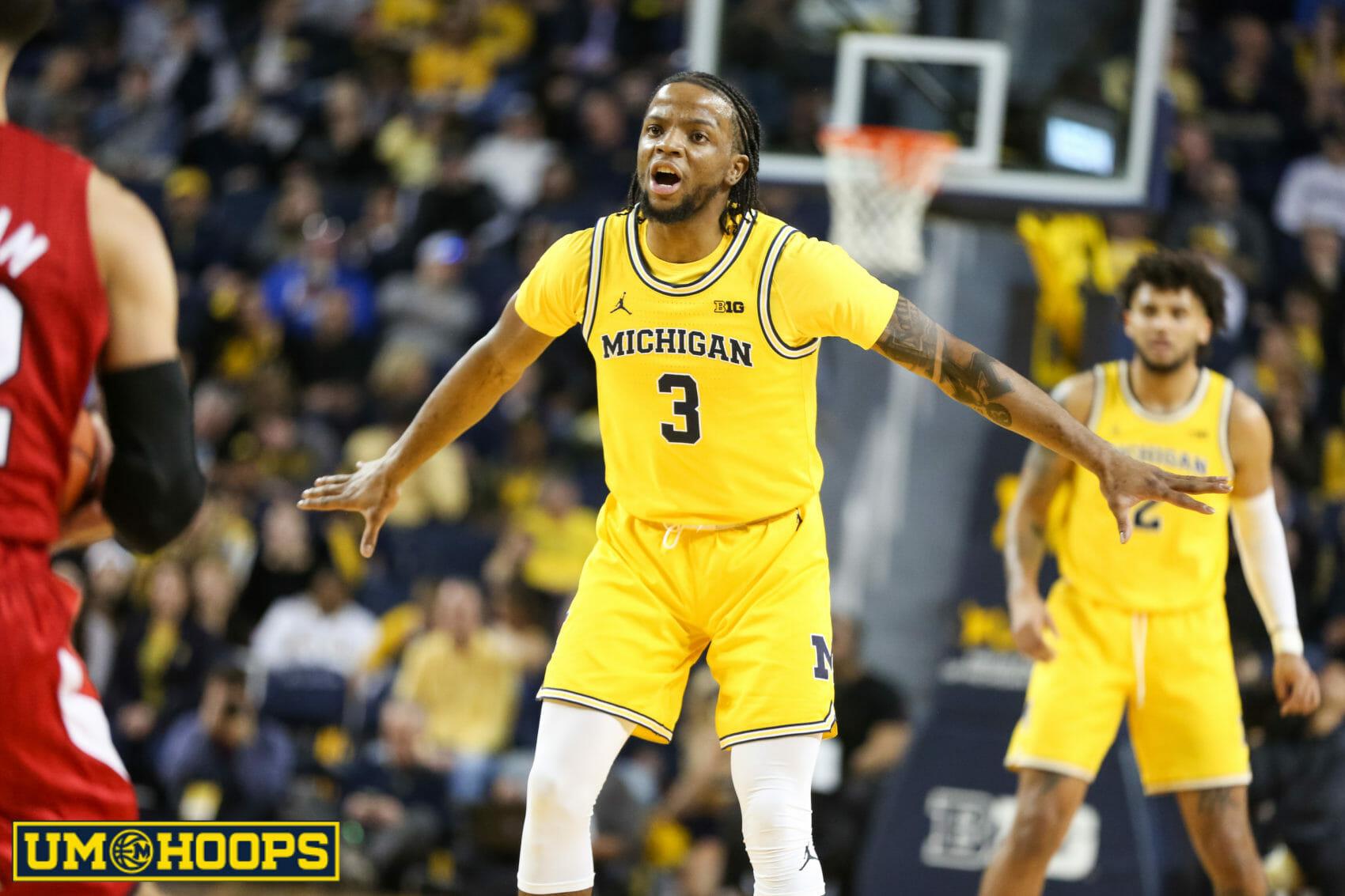 Zavier Simpson and Jon Teske left Michigan as the winningest players in program history. While the 2019-20 season ended on an incomplete note, both players had remarkable careers in Ann Arbor.

Over the coming days, we’re looking back at some of the most memorable games in both players’ careers with in-depth video highlights of their best moments. We start with Zavier Simpson, who finished his career with 1073 points and 667 assists in 146 games.

There was real doubt, early in the 2017-18 season, whether Zavier Simpson was a viable starting point guard. Simpson earned the starting job to start the season, if only by default; his lone year of experience in the system trumped that of then-freshman Eli Brooks and graduate transfer Jaaron Simmons. Simmons, it was widely presumed, would become the guy once he got his feet wet. But Simpson lost that role to Brooks four games in, after scoring just four points per game on 10 total shots. Beilein remarked to Brendan Quinn of The Athletic that Brooks made the offense “flow better.”

This UCLA game is when he started to take it back in earnest.

Simpson entered the game with four minutes left, tasked with cooling a red-hot Aaron Holiday, who had 23 points at the time. Simpson held him scoreless through the end of regulation, swiping away a steal with 20 seconds left and finishing at the other end to cut UCLA’s lead to one. He later stripped the ball just as Holiday was elevating for the game-winning shot. The light was coming on.

It would’ve been impossible to know then that Michigan would go on a run to the Final Four that year, and Simpson would be a major reason why. With the benefit of hindsight, though, that UCLA game was the first sign of a young point guard starting to blossom.

It was also the first sign of Simpson’s hook shot. It wasn’t the most elegant hook shot he made in his career, but his driving shot with 2:37 to play in the second half was the first time anyone at UM Hoops can remember him finishing with a variation of his famous shot.