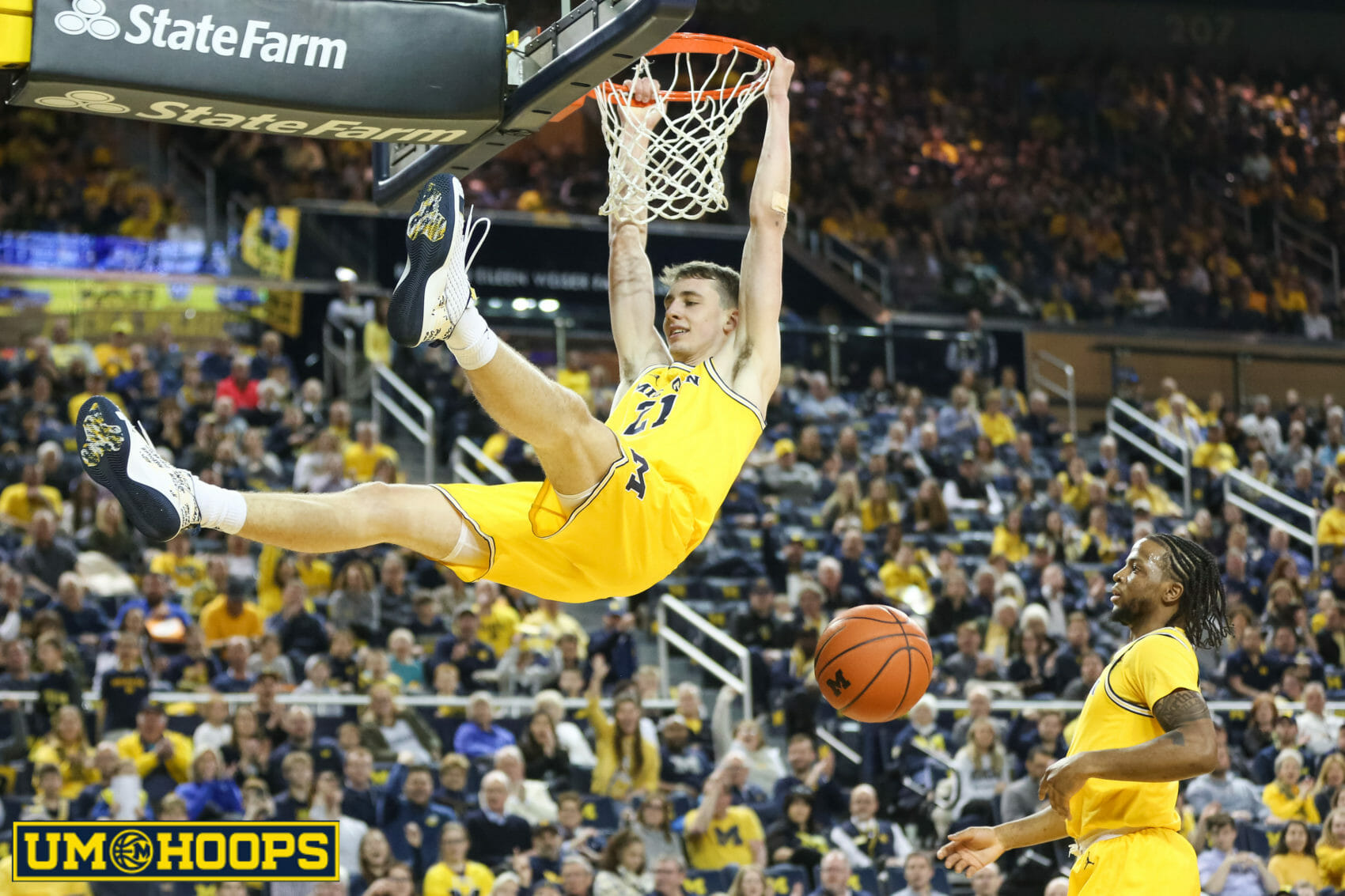 Franz Wagner will be back at Michigan for his sophomore season. The 6-foot-8 German forward announced today that he would be back in Ann Arbor and won’t enter his name in the NBA Draft.

“It’s important for me to thank Coach Howard and the staff for not only giving me the time to think about this decision, but also help me gather as much information as I could,” Wagner said in a statement.”Returning to Michigan is the right step for me not only as a basketball player, but as a person, too. This first season was a transition, competitive, fun and one of growth. I am very much looking forward to getting back to Ann Arbor and living that again.”

Wagner averaged 11.6 points and 5.6 rebounds in 30.8 minutes per game as a freshman. He struggled with his perimeter shot (31.1%) but spent most of the early portion of the season recovering from a broken wrist. He finished the season on a high note, reaching double figures in seven consecutive games, and should be poised for a breakout sophomore season.

“Franz and I have had many wonderful conversations since the end of the season. He really took the opportunity to look into everything he could before making his final decision — a decision we are elated for,” Juwan Howard said. “His leadership, work ethic and desire to make not only himself, but his teammates better is incredible. I have said Franz is an emerging basketball talent; however, it is his demeanor, integrity and character that I love even more. Beate and Axel have raised two wonderful young men.”

Michigan has one scholarship remaining on the 2020-21 roster and is also waiting for a decision from Isaiah Livers. Livers declared for the NBA Draft but has until June 3rd to decide whether to leave his name in the draft or return to school.