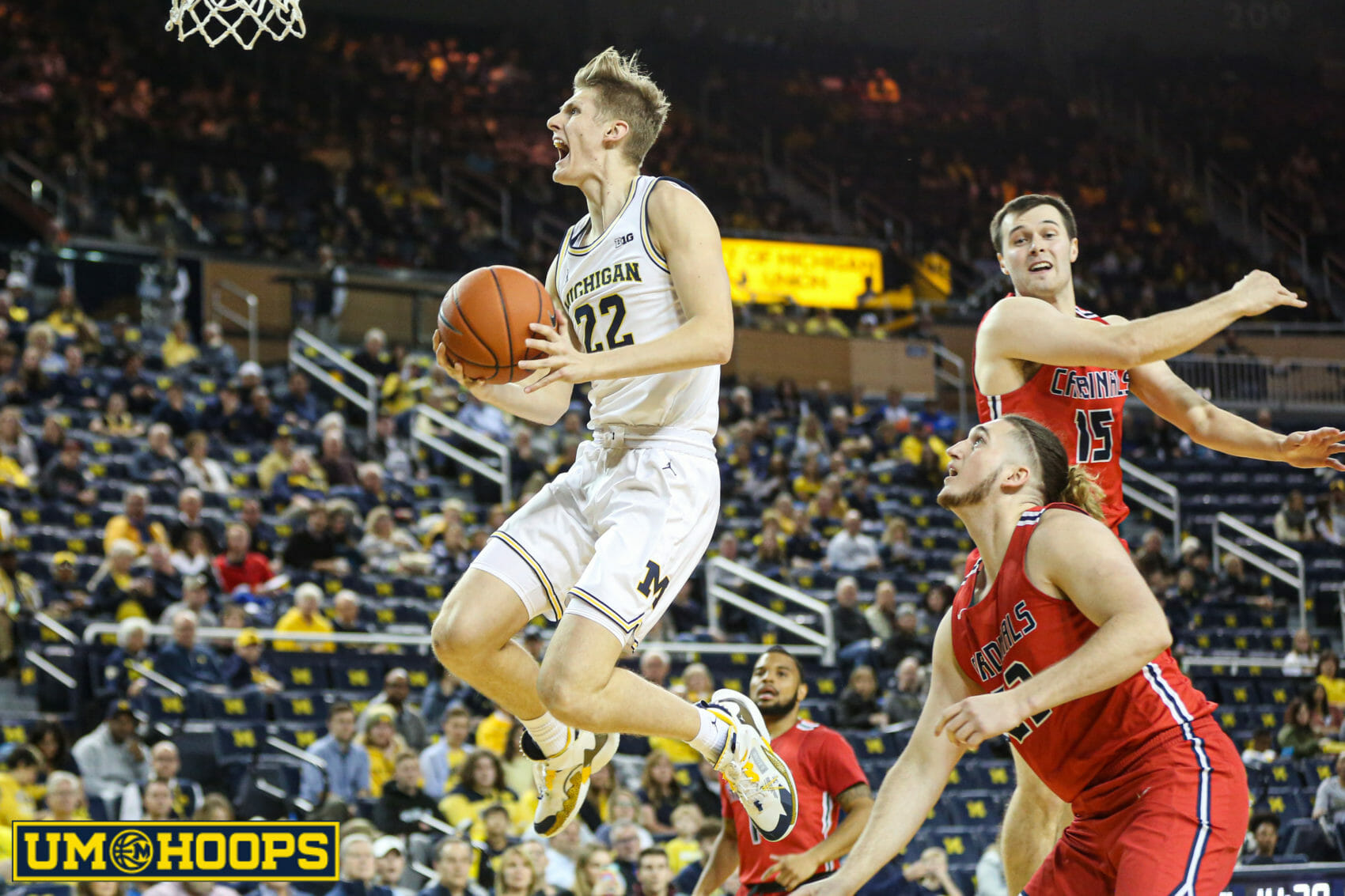 Michigan freshman wing Cole Bajema is in the transfer portal, per The Athletic’s Brendan Quinn.

Bajema was a top-100 recruit who choose to stay committed to Michigan despite John Beilein’s departure during last year’s offseason. He’s a Washington native and could be drawn to transfer closer to his home.

As a freshman, Bajema struggled to get regular playing time. Juwan Howard downplayed any talk of redshirting him, but he only saw action in nine games and was 10-of-13 from the field in limited action.

With Bajema’s departure, Michigan has two outstanding scholarships for the 2020-21 season. The Wolverines also could have an additional scholarship to work with depending on Isaiah Livers’ decision to stay in the NBA Draft or return to school. As of now, he has until June 3rd to make that decision.