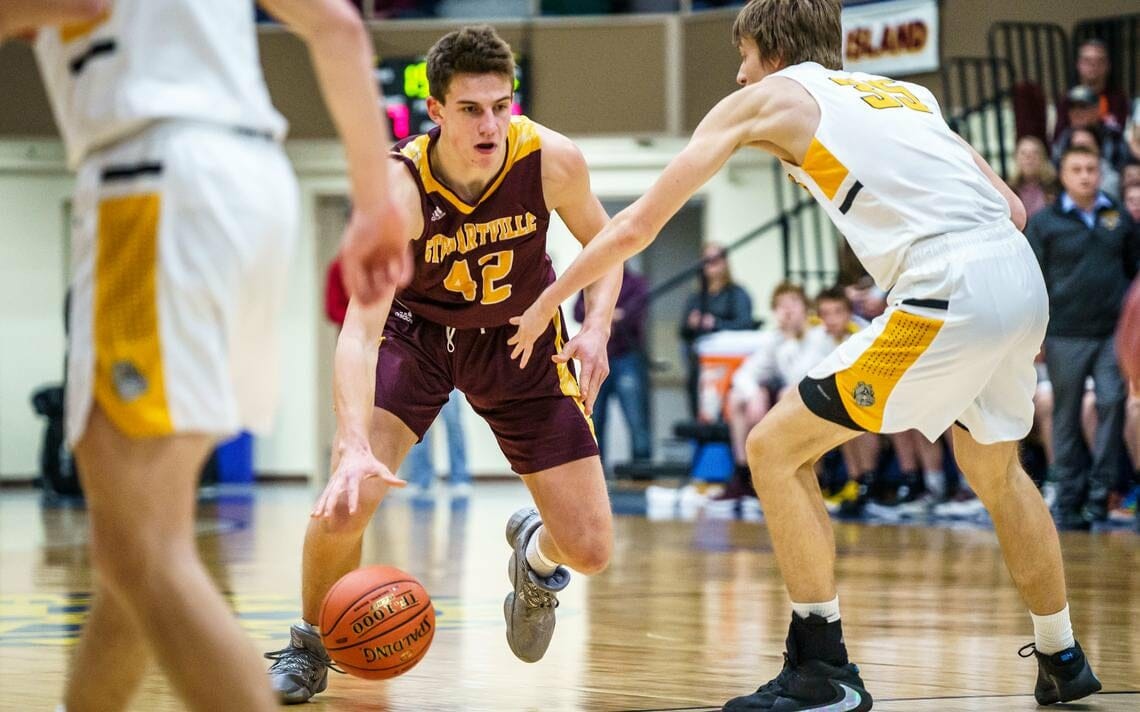 When Kasey Morlock answers the phone, two of her three sons are outside, getting up their morning shots on the family’s backyard basketball court. Morlock could be out there too, if she wanted. The skills that made her the Division II Collegiate Woman Athlete of the Year at North Dakota State haven’t fully eroded, even 23 years later.

But she would rather let her sons forge their own basketball identities. That’s what she’s done throughout their lives, even as an assistant coach on her oldest son’s high school team at Stewartville Senior, where she played three decades ago. And it’s part of the reason that son, Will Tschetter, committed to Michigan earlier this week, making him Juwan Howard’s second commitment in the Wolverines’ 2021 class.

“I didn’t really feel a lot of pressure growing up to be honest,” Will said. “I just love playing and I just felt like it kept on growing and growing.”

That lack of pressure isn’t a product of circumstance. It’s something Kasey carefully avoided throughout Will’s childhood, encouraging him to pursue any extracurricular activity he was interested in, which turned out to be just about all of them. Even as a junior garnering high-major interest last year, he started at quarterback on Stewartville’s football team in the fall, threw discus last spring and played trumpet in the school band.

All that at a time when most high-level recruits stop playing other sports. All that because his mom didn’t want him to feel forced into her footsteps.