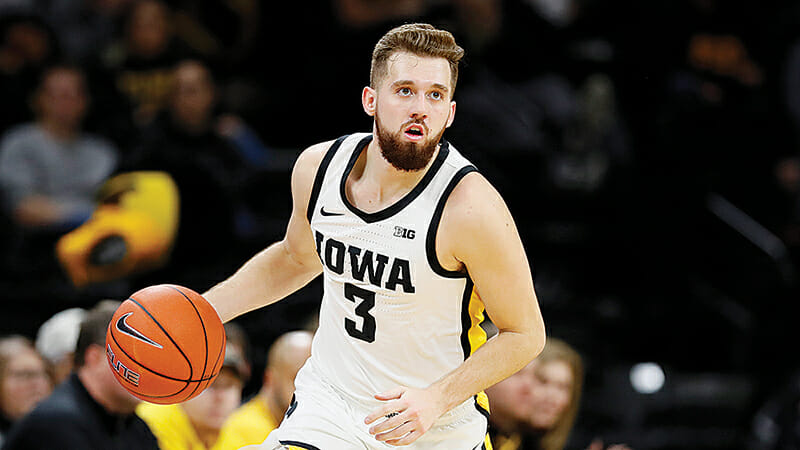 The series will be broken into five parts over the course of a week and our first installment of players 25-21 is available below:

An unknown prospect out of high school, Robbins blossomed into a force in the post as a sophomore last season at Drake. He recorded a school-record 99 blocks to go along with 14.1 points and 7.1 rebounds per game for the 20-14 Bulldogs. He ranked sixth nationally in block percentage and was the third best defensive rebounder in the Missouri Valley Conference.

In early April, he announced his intention to transfer and quickly committed to Minnesota. The connection with the Gophers for Robbins is his uncle, Ed Conroy, who serves as an assistant coach on the Minnesota staff. His cousin, Hunt Conroy, is a walk-on guard for the Gophers. Robbins had his waiver for immediate eligibility granted in early September and he’s likely to start at center for Richard Pitino following the departure of Daniel Oturu to the NBA. With a clear path to minutes and an all-league caliber point guard in Marcus Carr on the roster to help facilitate for him, Robbins is a strong candidate to make an immediate impact in Minneapolis.

Ranked 33rd in the country by the 247Composite, Miller is the second-highest rated incoming recruit in the Big Ten. His combination of length and shooting ability should be a welcome arrival for an Illinois team that was unable to space the floor last season. The Illini finished the year ranked 310th in 3-point accuracy and 312th in 3-point volume. Expectations are high in Champaign with the return of Kofi Cockburn and Ayo Dosunmu, but Miller’s ability to help space the floor should allow Brad Underwood’s team to take a giant step forward offensively.

Archie Miller has made a habit out of signing the top players from Indiana since taking over in Bloomington in the spring of 2017. The latest five-star prospect to land in Bloomington is Khristian Lander, who moved up a class to join the Hoosiers for the 2020-21 season. A speedy lefty, Lander averaged 21 points as a senior at Evansville Reitz. His addition is a big deal for Indiana, which has lacked playmakers on the perimeter for most of Miller’s tenure.

How Miller plans to deploy Lander as a freshman remains to be seen. Incumbent point guard Rob Phinisee is back for his junior season and senior Al Durham Jr., who has also been tasked with ball handling duties over his career, will also figure heavily into the backcourt rotation. While he may lack the experience that Phinisee and Durham Jr. bring, Lander is the most talented guard on the roster and for the Hoosiers to reach the NCAA tournament for the first time under Miller, maximizing his potential is pivotal.

The last time we saw Jordan Bohannon, he left his shoes on the floor with a signed note at Hilton Coliseum after a 16-point rivalry win over Iowa State. He decided to redshirt the season and underwent hip surgery a few days later. Bohannon could have transferred anywhere in college basketball with immediate eligibility as a graduate transfer, but instead, he’s back for one more ride at Iowa.

Bohannon is approaching 300 made 3-pointers for his career and is one of the best clutch shot makers in the conference if not the country. Figuring out where to rank him on this list comes down to something we can’t accurately assess right now: health. Bohannon has been through multiple hip surgeries and returning to the player that he once was as a sophomore or junior is no guarantee.

The Buckeyes will look like a totally different team in the frontcourt this winter following the departure of Andre Wesson (graduation) and Kaleb Wesson (NBA draft). Towns, a graduate transfer from Harvard, will be counted on heavily to help fill in some of that vacated production. As arguably the top graduate transfer on the market, Towns chose Ohio State over Duke, Kansas, Virginia, Syracuse, Michigan and Maryland.

Due to injuries, Towns has not played since the 2017-18 season when he averaged 16 points and 5.7 rebounds for the Crimson. Towns was named Ivy League player of the year that season and ranked first in the conference in 3-point shooting at 49.3 percent in league play. A native of Columbus, the question for Towns is clear: Can he remain healthy? He has not played in a game in over two years and questions about his durability are fair considering he’s coming off a pair of knee surgeries.