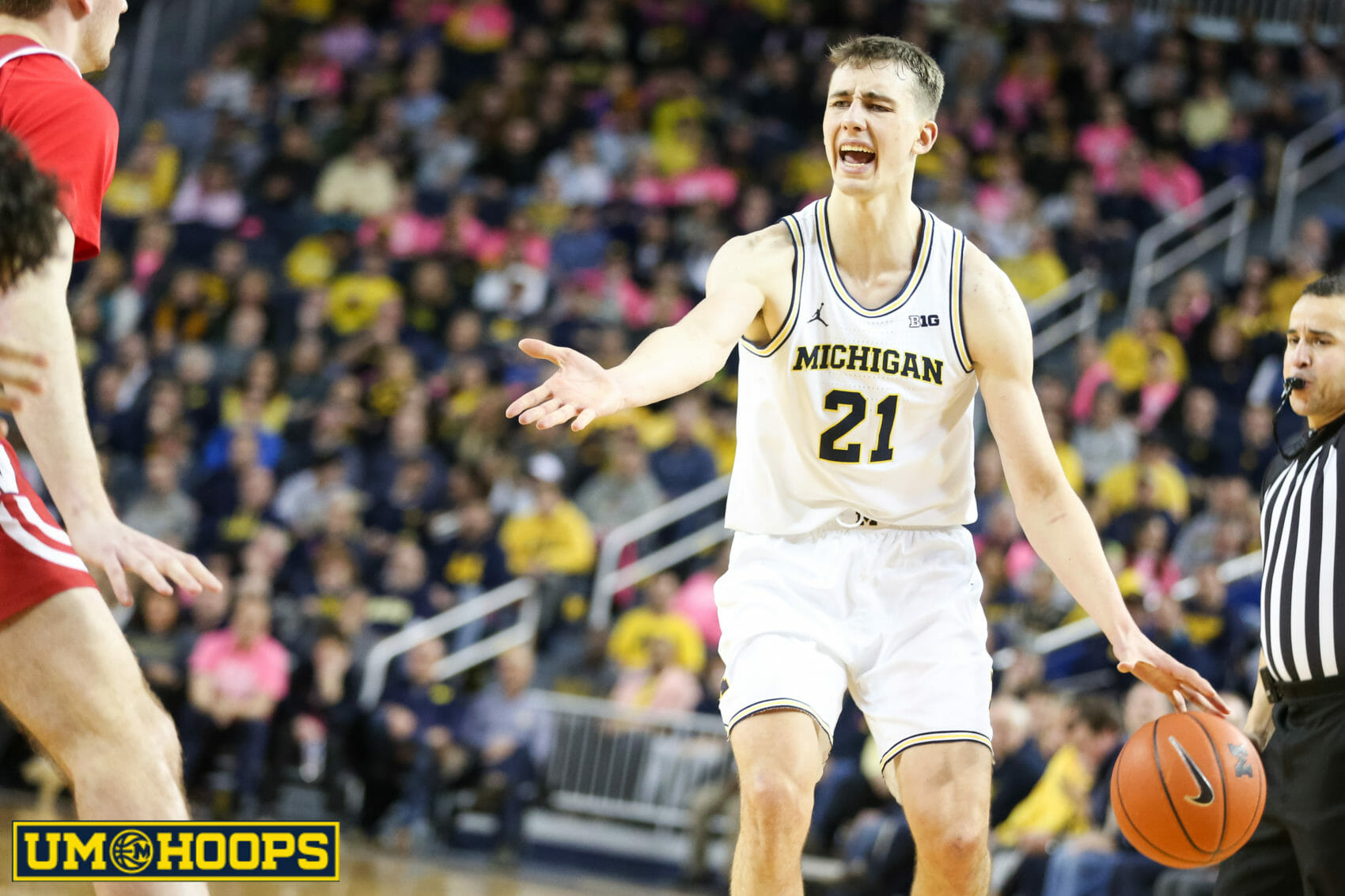 College basketball season is one month away and season previews are hitting newsstands, inboxes and Twitter feeds across the country. We rounded up seven different preseason prognostications to gauge the temperature of the Big Ten.

Every human projection picked Michigan either 8th or 9th in the conference leaving Bart Torvik’s computer numbers as an outlier with Michigan pegged 2nd. Four different teams received at least one pick to win the conference — Wisconsin (4x), Illinois, Iowa and Michigan State — and appear to have emerged as a consensus top tier of the league.


Get UM Hoops for 2020-21. For a limited time only, sign up with the promo code UNDERRATED to get an annual membership for less than $3 per month.

The aggregate rankings show several tiers after the previously mentioned top group of four. There’s a distinct cellar featuring Nebraska, Northwestern, Penn State and Maryland. Minnesota is teetering on the edge between the basement group and the middle tier of NCAA Tournament contenders. That group features Ohio State, Rutgers, Indiana, Michigan and Purdue is tougher to separate. Prognosticators appear to like Ohio State above the rest of that group as a consensus but Purdue and Rutgers both have some favorable opinions.

Michigan is firmly in that group but most previews don’t see much of a ceiling. Other than Torvik, every preview picked Michigan in 8th or 9th and ranked Rutgers and Indiana ahead of the Wolverines.