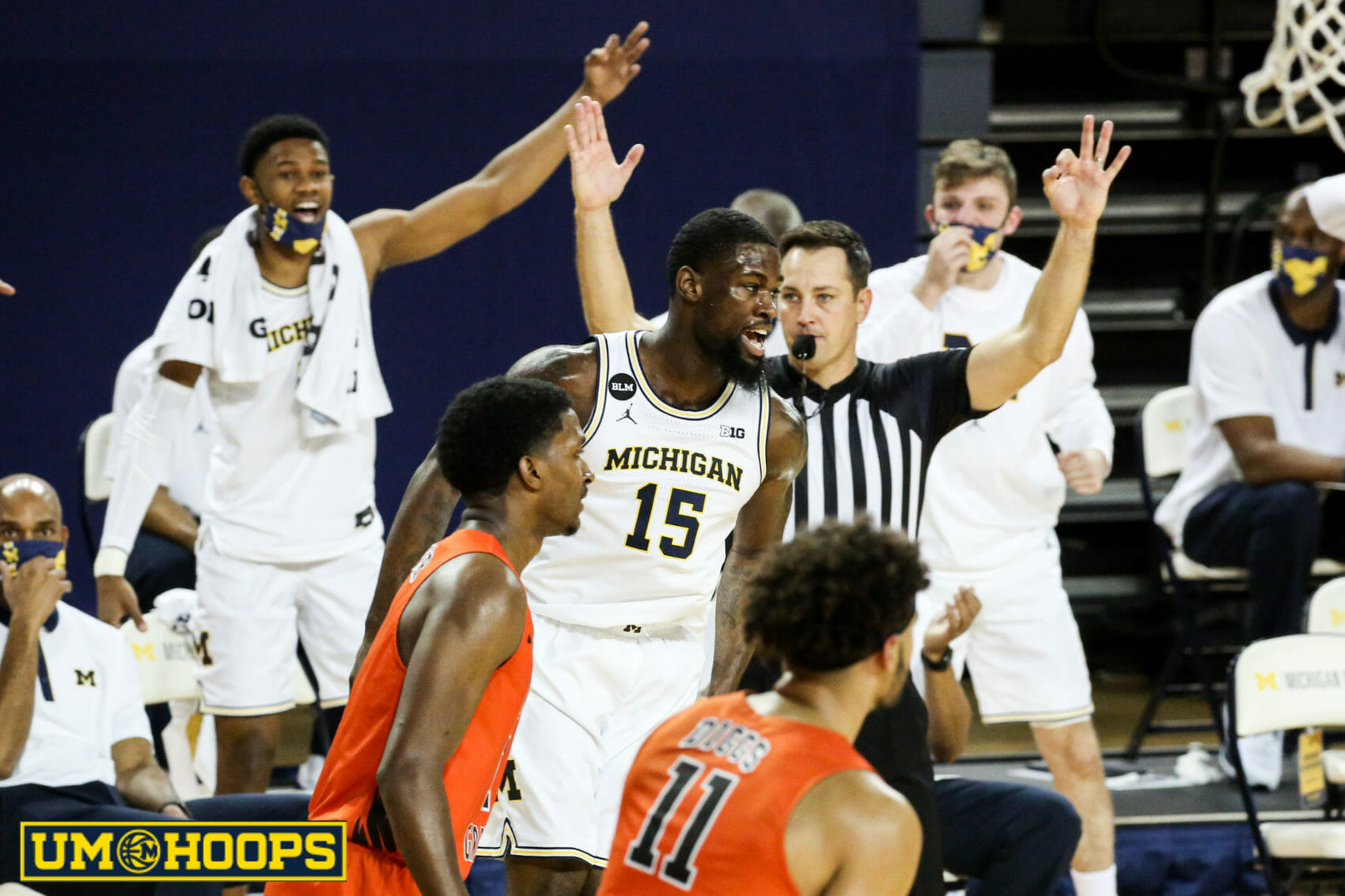 Michigan’s offense was as advertised when it finally took the court on Wednesday night. The Wolverines ran up 96 points in 74 possessions in a 14-point season-opening win over Bowling Green.

Michigan’s versatility was on full display. The Wolverines were paced by Wake Forest transfer Chaundee Brown, who scored 19 points in 20 minutes off the bench, but they showcased the multitude of ways they could score. Hunter Dickinson added 11 points and eight rebounds in 18 minutes inside. Isaiah Livers had 17 points and starting guards Eli Brooks and Mike Smith both reached double figures.

Michigan’s defense showed its share of early-season warts, but the offensive ceiling was the takeaway on opening night. This team looked remarkably efficient and well-drilled offensively despite integrating several key newcomers.