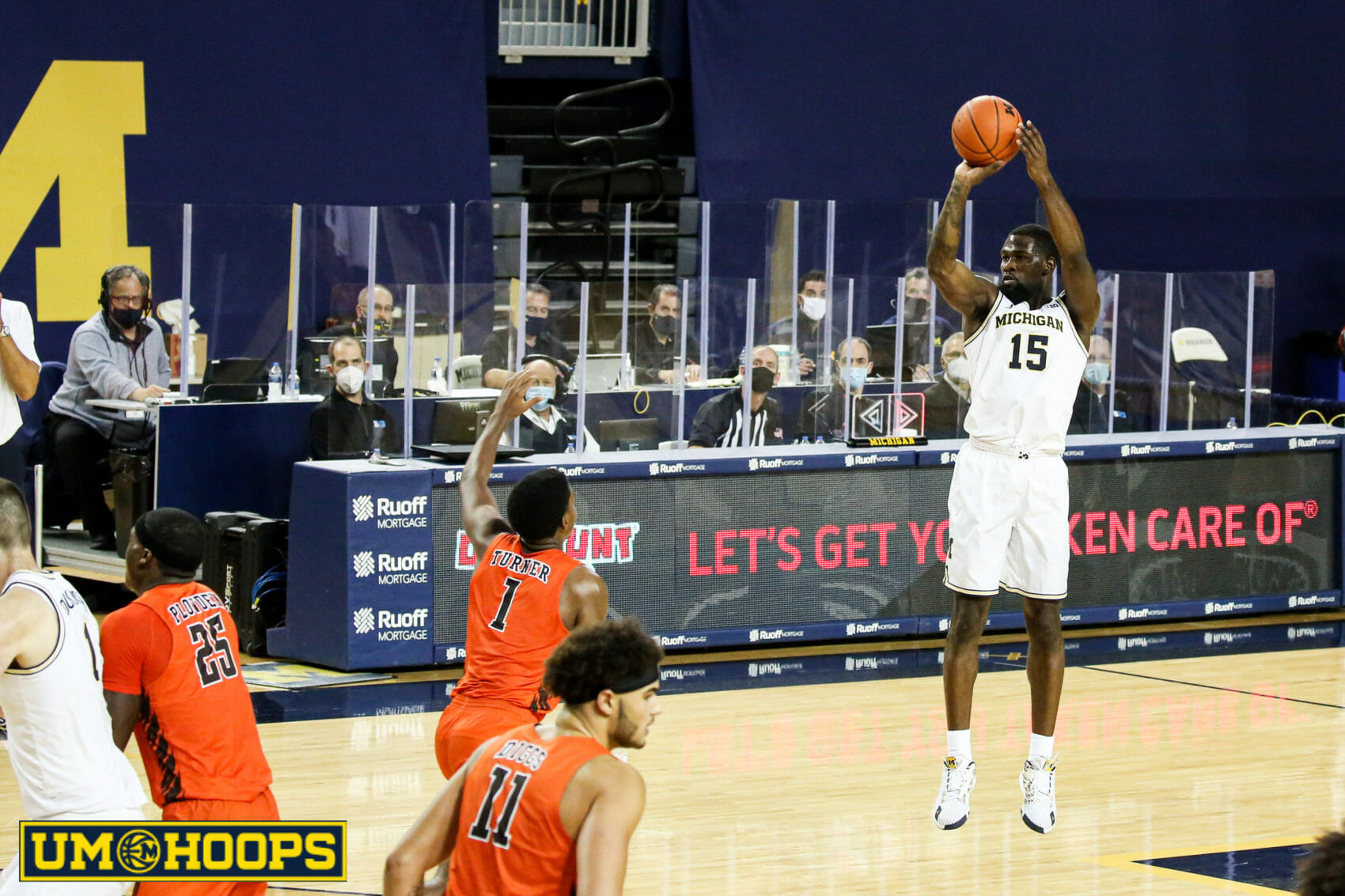 For much of the second half Wednesday evening, Michigan operated in an acceptable but uncomfortable space. Its lead never dwindled within two scores but oscillated between 10 and 15 points. A season-opening victory against Bowling Green never quite felt like a certainty.

Before the Falcons could catch their breath, Michigan had put its decisive stamp on an eventual 96-82 win. And in the process, the Wolverines synthesized Juwan Howard’s vision for this year’s team.

Livers and Franz Wagner are the team’s unequivocal stars. But after the graduations of Zavier Simpson and Jon Teske, Howard didn’t have a freshman class of stars to immediately fill their stead. Only center Hunter Dickinson logged double-digit minutes among the freshmen, finishing with 11 points and eight rebounds.

So instead, Howard went to the transfer portal. There, he saw a pair of players who could fill his team’s biggest holes and make the 2020-21 Wolverines click.