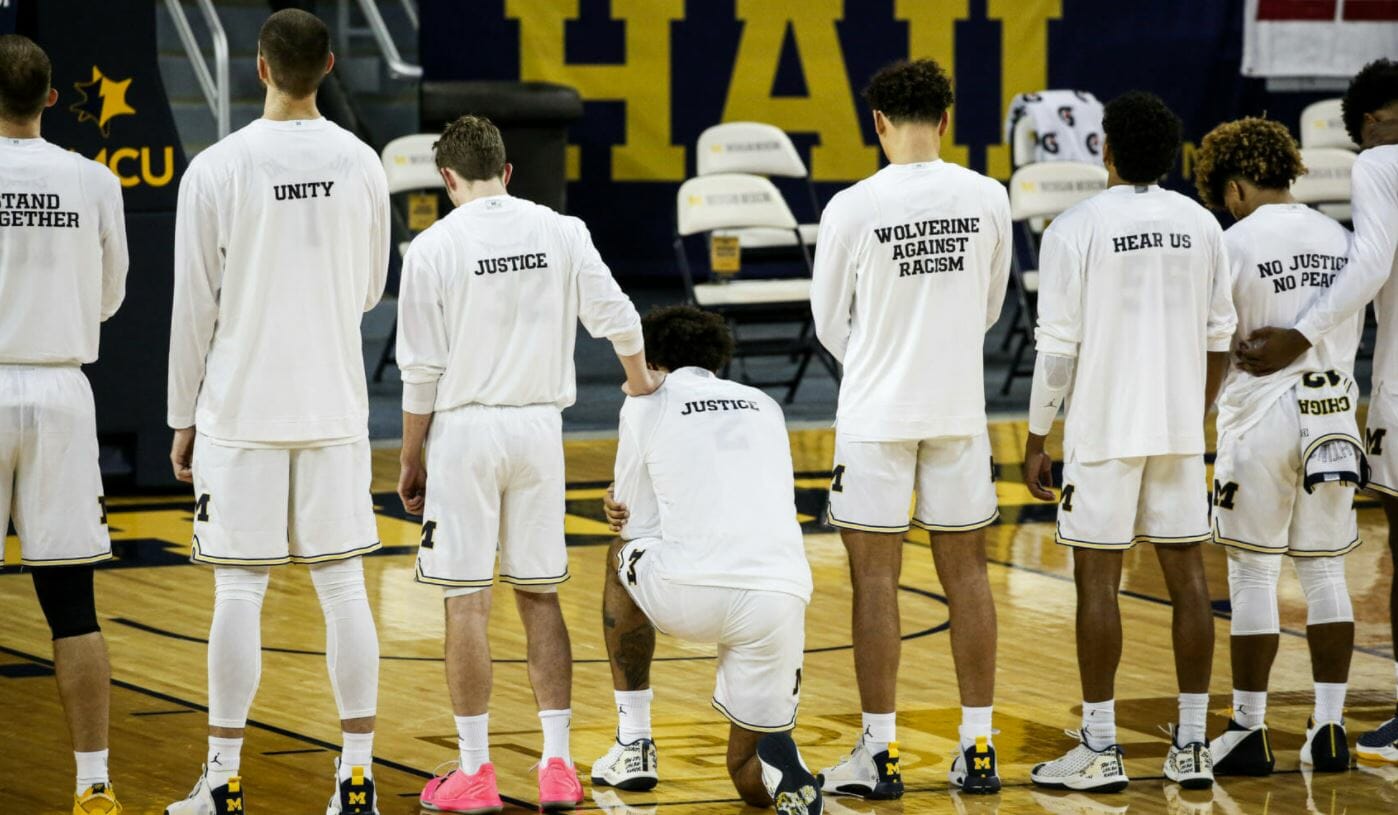 ‘I wanted to stand for something right’: Isaiah Livers steps into leadership role with kneeling

Isaiah Livers scored 17 points on Wednesday, but that’s not what he’s talking about. He looked like someone who could be Michigan’s best player this season, but that’s not the point of today, no. He’s one of the leaders of this team — Juwan Howard named him a co-captain along with Austin Davis last month — but show don’t tell and all that, so let’s go straight to Livers, back arched and head down, staring at the floor on one knee during the national anthem with Luke Wilson’s hand on his shoulder.

He’s thinking about Breonna Taylor and George Floyd in that moment, two Black people murdered by police, the two most famous names on a list that keeps growing, a list Livers and the rest of the country got all too familiar with this summer. A list he doesn’t want you to forget about.

It’s been a few months now, so, as happens with these things, people tend to forget. The NBA bubble made social justice a tentpole. Livers kneeling during Michigan’s opener was a next-day story for local media. Reporters didn’t ask him or Juwan Howard or anyone else about social justice during the preseason because no one — at this outlet included — thought it much of a story. Over in England, Queens Park Rangers stopped taking a knee before their games because it felt like contrived PR. That’s all a shame.

Call it whatever you want. Livers is doing it, and he wants to make it meaningful.

‘I wanted to stand for something right’: Isaiah Livers steps into leadership role with kneeling