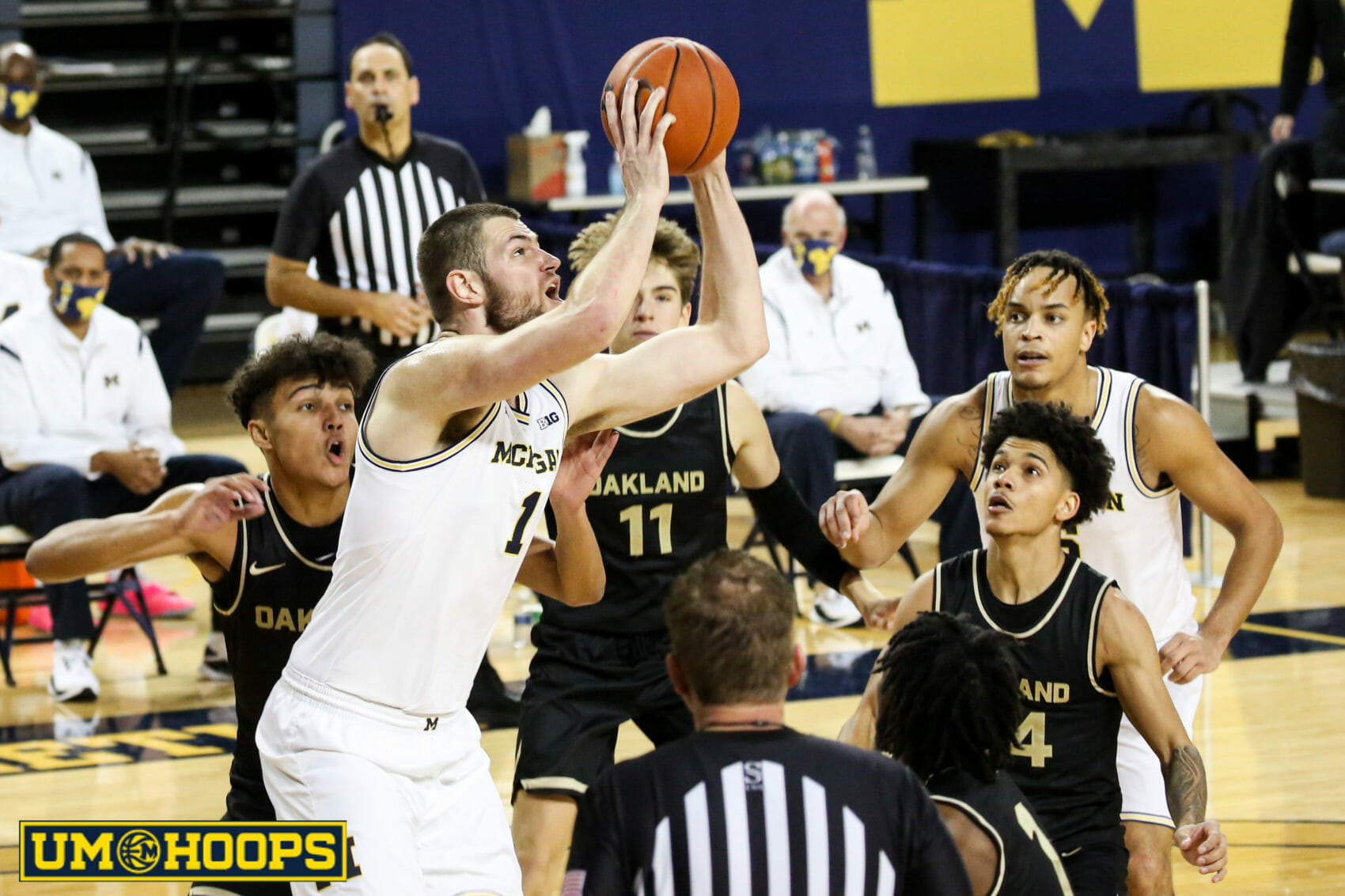 A tried and true staple of our game recaps is that things are never as good or bad as they seem in the hours immediately following a game. Michigan’s offense played a near-perfect game against Bowling Green last week, but no team plays its best game every night.

It was easy to picture how good the Wolverines could be as they ran up 96 points in the opener, but it was just as easy to picture the season going up in flames before Christmas as Juwan Howard’s team threw the ball away against the 306th ranked defense in the country.

The Wolverines were sharp and focused for the season opener on Wednesday, but rolled into the second game of the season with a look of a team that thought it could just show up and win. The game against the Falcons was supposed to be tough and the result came easy. What could go wrong against an Oakland team playing its fourth game in five nights that spent last week getting run off the court in Cincinnati?

Michigan almost found out. The Wolverines were late to 50-50 balls, turned the ball over 20 times, and made less than 30 percent of their threes before freshmen Hunter Dickinson and Terrance Williams saved the game down the stretch. U-M escaped with an 81-71 overtime win but the optimistic feelings from Game 1 had evaporated by halftime.

College basketball is back and we’re offering our best price ever on a UM Hoops subscription. For today only, new subscribers can purchase an annual subscription for just $12 for the first year — that’s just $1 per month and 75% off of our monthly rate!