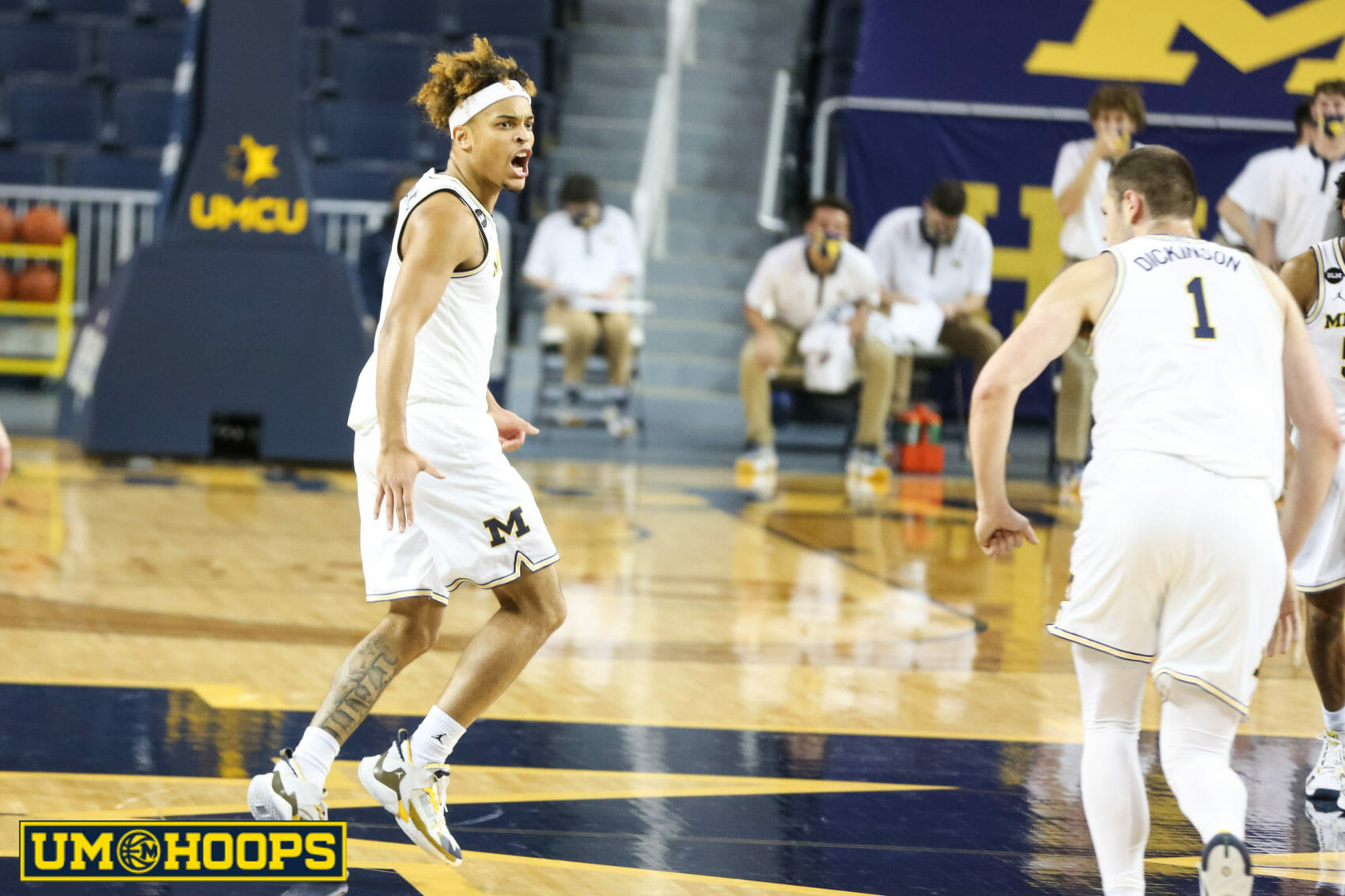 Hunter Dickinson dunked the ball over two UCF defenders put Michigan ahead by 30 points with four minutes to play. The game had been decided since the middle of the second half, but Terrance Williams didn’t hesitate to let UCF know that his center just dunked on their frontcourt. He tapped his head and pointed shortly before Juwan Howard emptied the bench in a blowout win.

The fight was over by then, but an hour earlier, it was just starting. UCF walked into the Crisler Center and gave Michigan its best shot. The Knights outplayed the Wolverines from the opening jump. When Brandon Mahan had picked a loose ball right out of senior forward Isaiah Livers’ hands for a fastbreak layup to stretch UCF’s lead to 12 points, it felt like an upset might be brewing in Ann Arbor.

Juwan Howard responded by replacing his 20 points per night senior with his play-harder-than-anyone freshman. Williams scored immediately with an and-one drive to the basket and the game was never the same. He gave Michigan an edge it lacked for the opening quarter of the game.

The Wolverines methodically chipped away at the deficit before blowing the game open in the second half on a 20-0 run propelled by a barrage of Chaundee Brown threes, but it was Williams’s effort off the bench that put everything back on track.