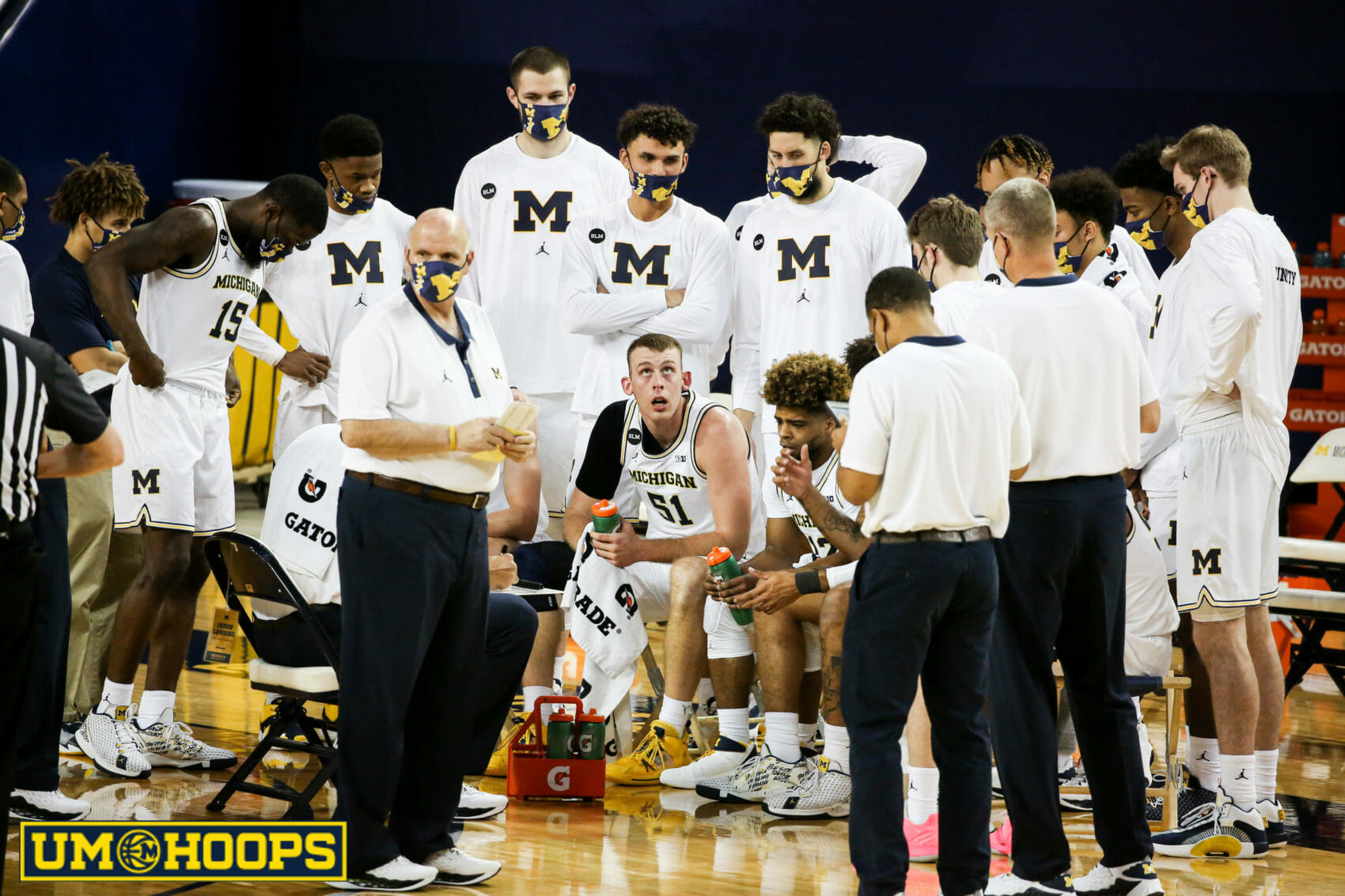 Inside Michigan’s 48-hour prep for Toledo

Jaaron Simmons and Saddi Washington had walked out of a conference room not 15 minutes beforehand when the news came down on Monday afternoon. They met to finish up their scouting report on NC State, the originally scheduled opponent for Wednesday evening, knowing the game might not be played given the Wolfpack’s COVID-19 issues.

Still, they went about their business because there wasn’t much else to do. Trainer Alex Wong broke the news to them. The game was off. Their work rendered irrelevant. A plan yet to be determined.

Simmons, who played his fifth year at Michigan before a short career overseas, works as the team’s video analyst. That means much of the grunt work that goes into preparing for an opponent falls to him and the team’s group of student managers. When playing Toledo became a likelihood as the afternoon progressed on Monday, Washington told Simmons — a cue to get to work.

“He said it’s not for sure but it’s very likely,” Simmons told UM Hoops. “So I’m like, OK. So I go upstairs and the managers and I, we start scrambling.”

Toledo, a team that took Xavier to the last possession on the road and figures to be one of the MAC favorites, is no pushover. There was every chance, on the short turnaround with the wear of external circumstances already making a mark on this season, the Rockets came into Crisler Center and gave Michigan a real scare. Instead, the Wolverines turned it into a formality, going up by 18 at the half and winning by 20, 91-71.

Inside Michigan’s 48-hour prep for Toledo