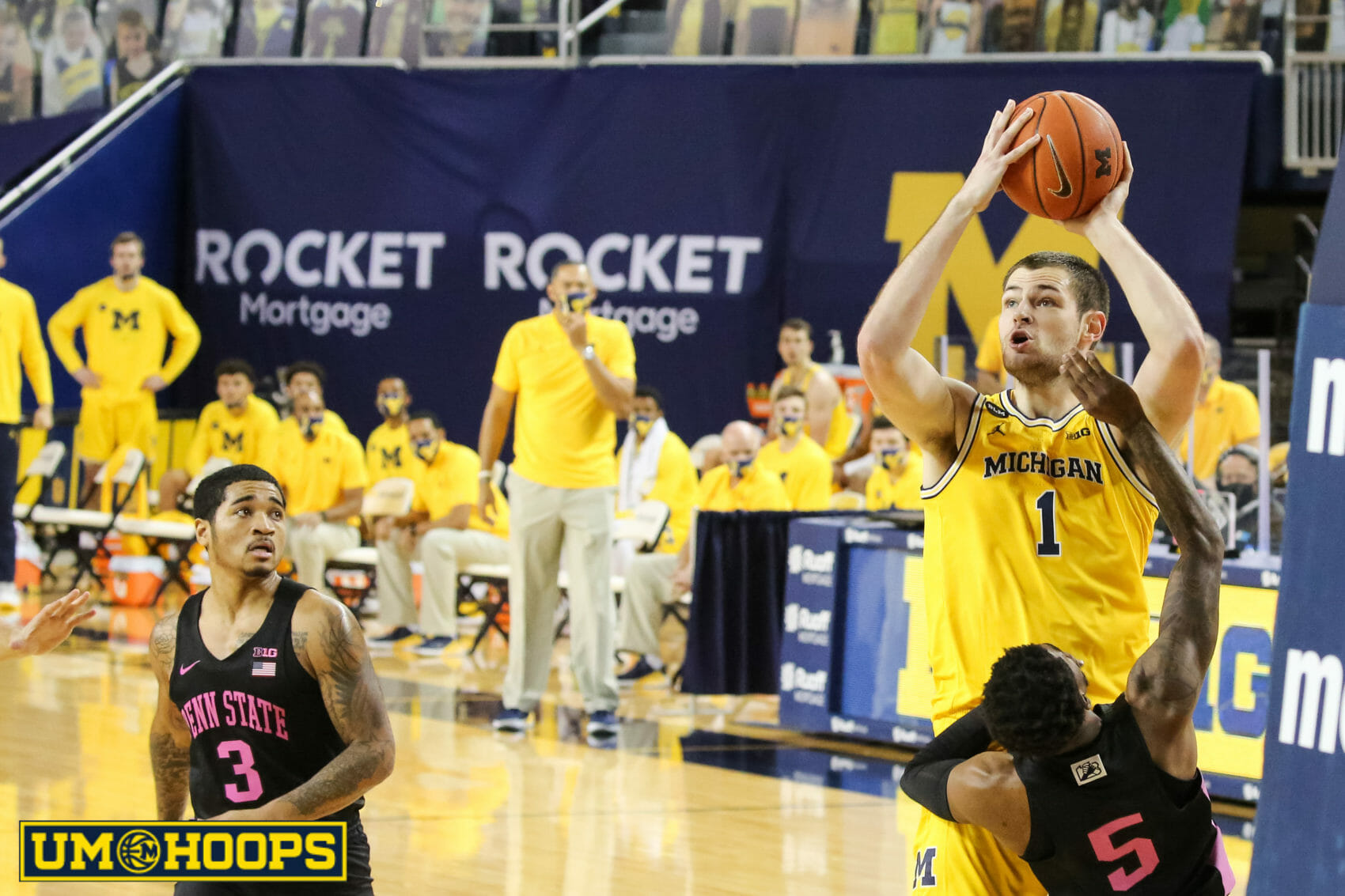 For much of the second half, Michigan’s offense had sputtered in the worst possible way. Isaiah Livers couldn’t get anything going. Mike Smith didn’t have a second-half point. 3-pointers weren’t falling, no matter how open they were.

And with just over two minutes left, the Wolverines’ offensive struggles had reached an apex. They hadn’t scored for nearly three minutes, enabling Penn State to take a two-point lead on the back of an 8-0 run.

Then, suddenly, Michigan found its remedy in the form of Hunter Dickinson, who started his first career game after Austin Davis suffered a foot injury in the last game. The freshman center had 16 points to that point, eclipsing his season average of 14.8. But this was a unique moment in Dickinson’s nascent college career. Even in the Wolverines’ overtime win over Oakland, they were never down this late, never with their backs this far against the wall.

Dickinson paid no mind. As Smith drove to the hoop, Dickinson cut alongside him, positioning himself to receive Smith’s feed for a two-handed slam. With the score knotted a possession later, he received another pass from Smith. This time, Penn State’s Izaiah Brockington was draped all over him, forcing Dickinson to make a spinning finish through traffic.

For Michigan, the basket would provide the ultimate difference in a 62-58 win. For Dickinson, it was a culmination of everything he’s prepared for since arriving in Ann Arbor.