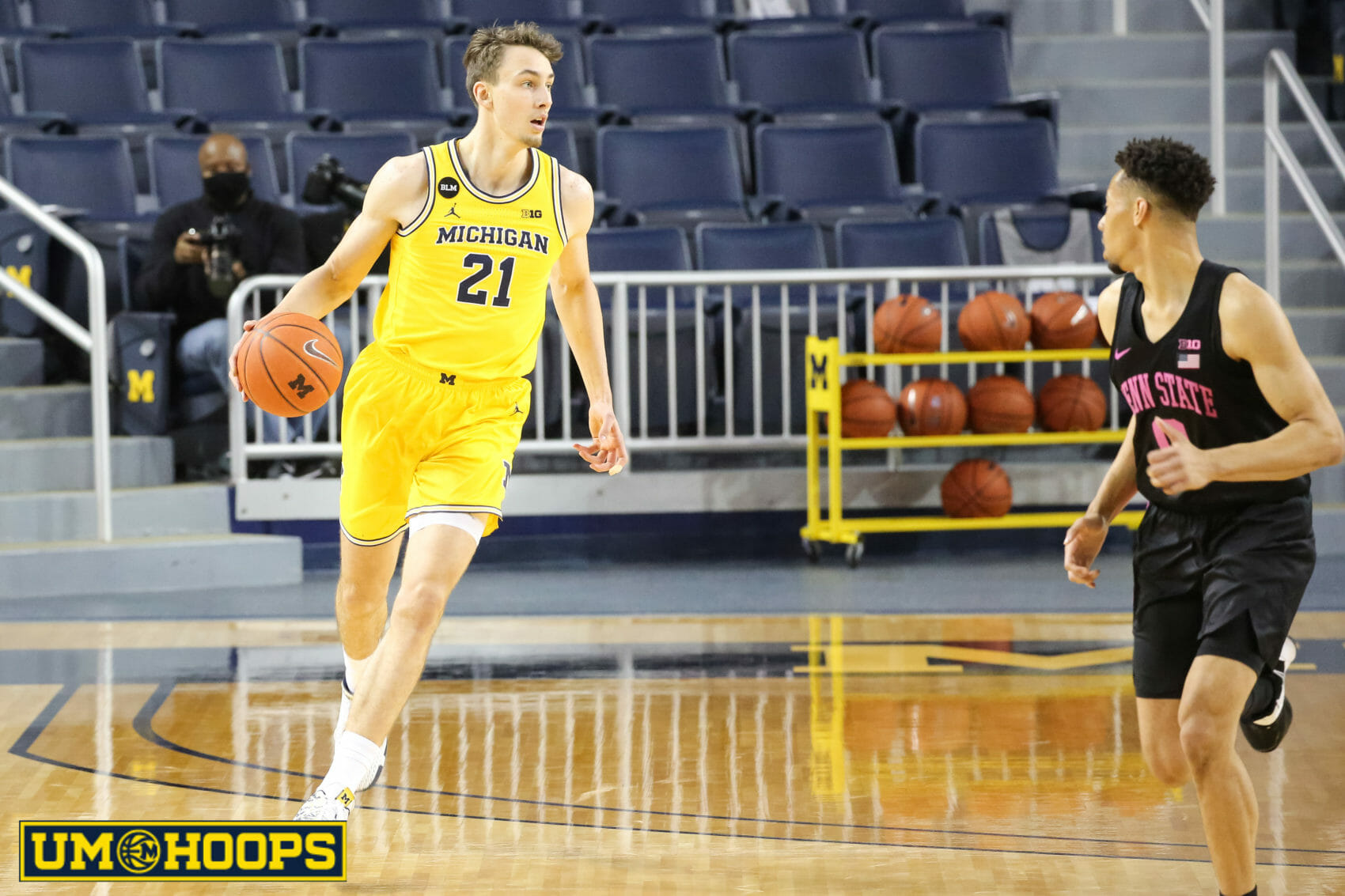 Through six games, the Michigan basketball team has largely played to expectations. The Wolverines are 6-0 against six teams outside the KenPom top 40. They’re better at offense than defense. Hunter Dickinson is a breakout freshman and Isaiah Livers is their go-to scorer.

And then there’s the curious case of Franz Wagner.

In a preseason media poll conducted by The Athletic, Wagner was a first-team All-Big Ten selection. The hype was here and it was justified. As a freshman in 2019-20, he averaged 11.6 points per game. Over the last seven games of the season, that jumped to 15.9, as he found his 3-point shooting stroke.

“Just recognizing during the year that I can really play with these dudes and having a huge imprint on the game,” Wagner said in October.

This year, that hasn’t materialized in the way most expected — as a scorer. Wagner’s assist and rebound numbers have improved, but he’s scoring 2.1 fewer points per game than he did as a freshman, despite the weaker non-conference competition.

You can join UM Hoops for less than $2 per month with promo code HOLIDAY and unlock exclusive content. Sign up today for coverage throughout the season.