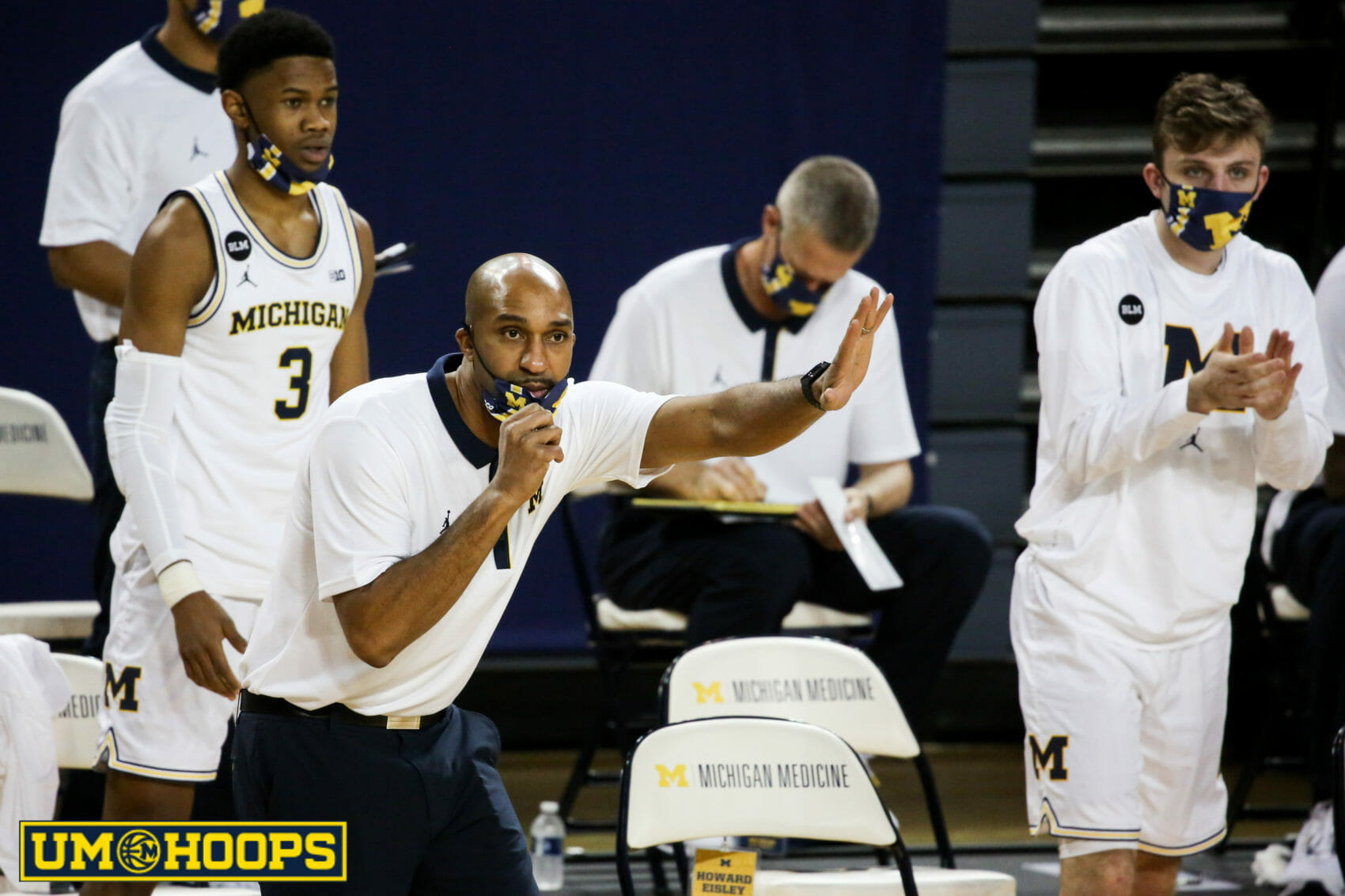 Maryland cooled off from deep in the second half, and the Wolverines pulled away, buoyed by yet another dominant performance from freshman center Hunter Dickinson.

But the first-half defensive performance paints the picture of a dichotomy that’s taken shape early in the season. Michigan ranks third in the nation in 2-point defense, allowing just over 38 percent shooting to opponents from inside the arc. This has proven to be a lethal combination alongside an offense that ranks fourth in 2-point field goal percentage.

The Wolverines rank 274th, however, in 3-point defense, allowing opponents to make 37 percent of long-range attempts. Senior guard Eli Brooks said the team aims to limit opponents to six 3-pointers per game; Michigan has done so just once through three games. That’s coupled with a defensive turnover rate that ranks near the bottom of the country (313th nationally).