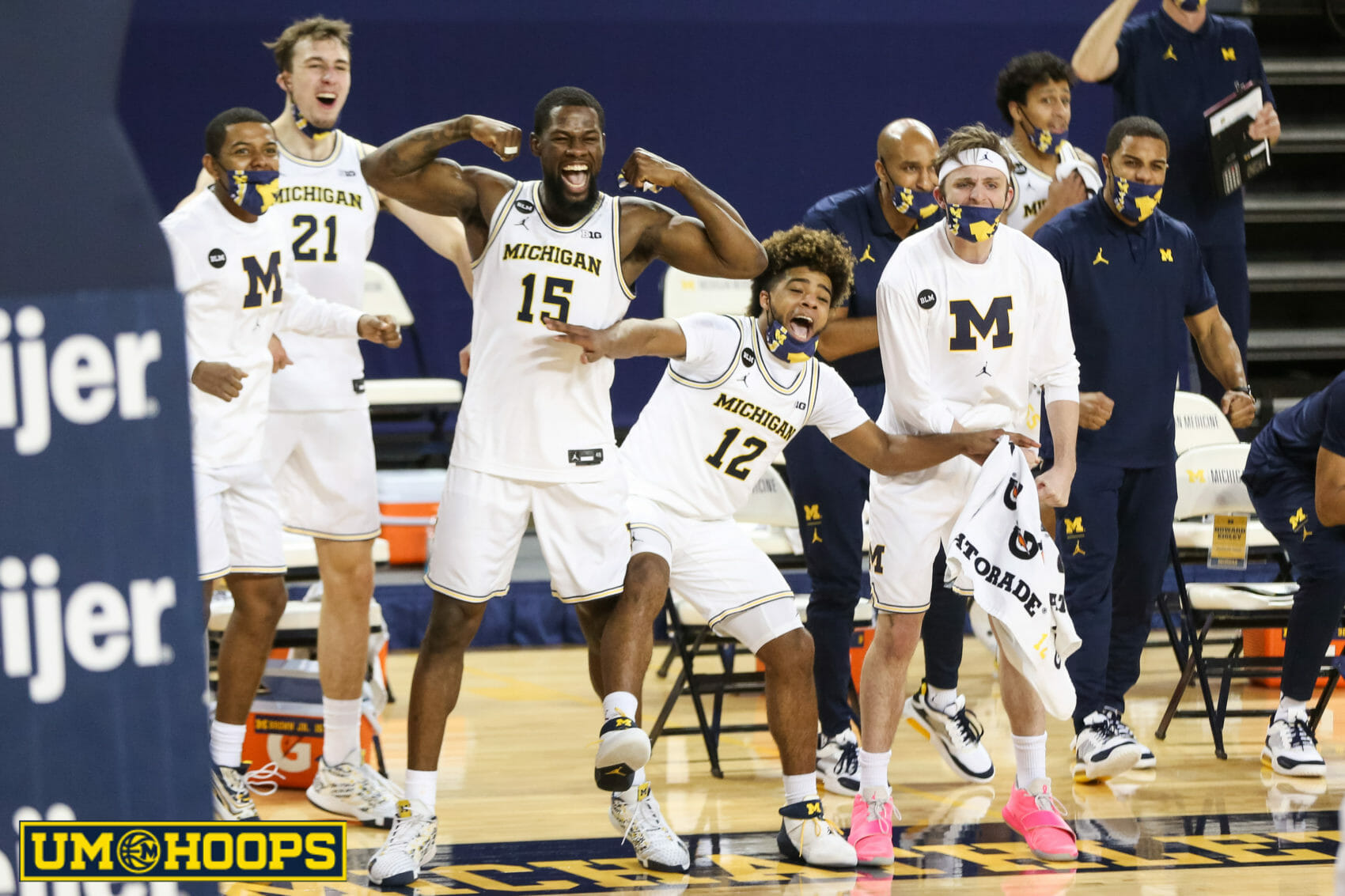 Michigan’s growth on the court continues to outpace any increase in strength of schedule. The Wolverines returned home to the Crisler Center and played their best game of the season against Northwestern.

Pete Nance scored 8 of the game’s first 10 points on Sunday, Michigan scored 79 of the next 122. The Wolverines dominated the Wildcats with size and physicality that Chris Collins admitted his team hadn’t seen this season.

Scouting reports are generally dialed in by conference play but I’m not sure where you start preparing to face this Michigan team. Hunter Dickinson is the obvious answer, but that doesn’t make the Wolverines an easier scout.

You can build a gameplan to limit Dickinson, but any of Michigan’s other starters are capable of changing the game. Ask five people to rank Michigan’s top six players and they’d come up with five different answers.

Franz Wanger is 6-foot-9, can guard any spot on the floor and is playing like the draft prospect everyone expected in the offseason. Isaiah Livers is one of the most efficient scorers in the country. Eli Brooks and Chaundee Brown are both capable of hitting three or four triples in a game. Mike Smith might be an up-transfer from the Ivy League, but he’s the Wolverines’ best ball screen weapon and can create his own shot.

Dickinson has been too dominant for any one player to stop, and there’s no weak link in the lineup to help off of. Until Michigan faces an opposing center up to the challenge of slowing down its freshman, it is on track to remain undefeated.