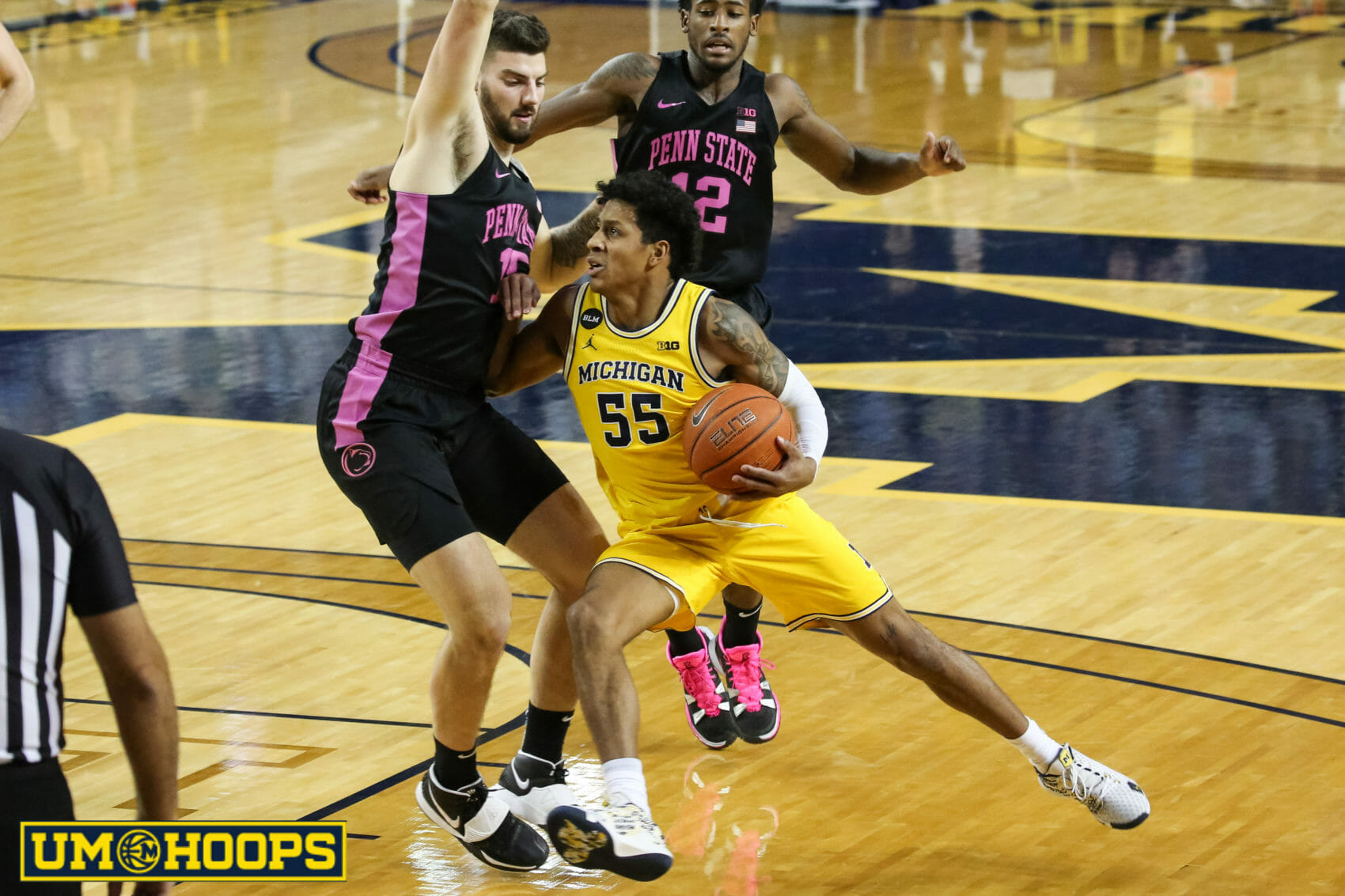 Michigan’s Saturday trip to play at Penn State has officially been postponed. The Nittany Lions announced a COVID pause today that will postpone their upcoming games against Michigan and Rutgers.

“The institutions will work with the Big Ten Conference to identify rescheduling options,” the statement said. “No determination has been made on how the pause may impact scheduled games beyond Jan. 12.”

This is Michigan’s second postponement of the 2020-21 season. The Wolverines lost their home game against NC State but replaced the Wolfpack with Toledo on the schedule. The Big Ten schedule features “collapsible byes” to fit in rescheduled games but Penn State is up to four games that need to be rescheduled. Wisconsin, Ohio State, Michigan and Rutgers all need to make up games against Penn State.