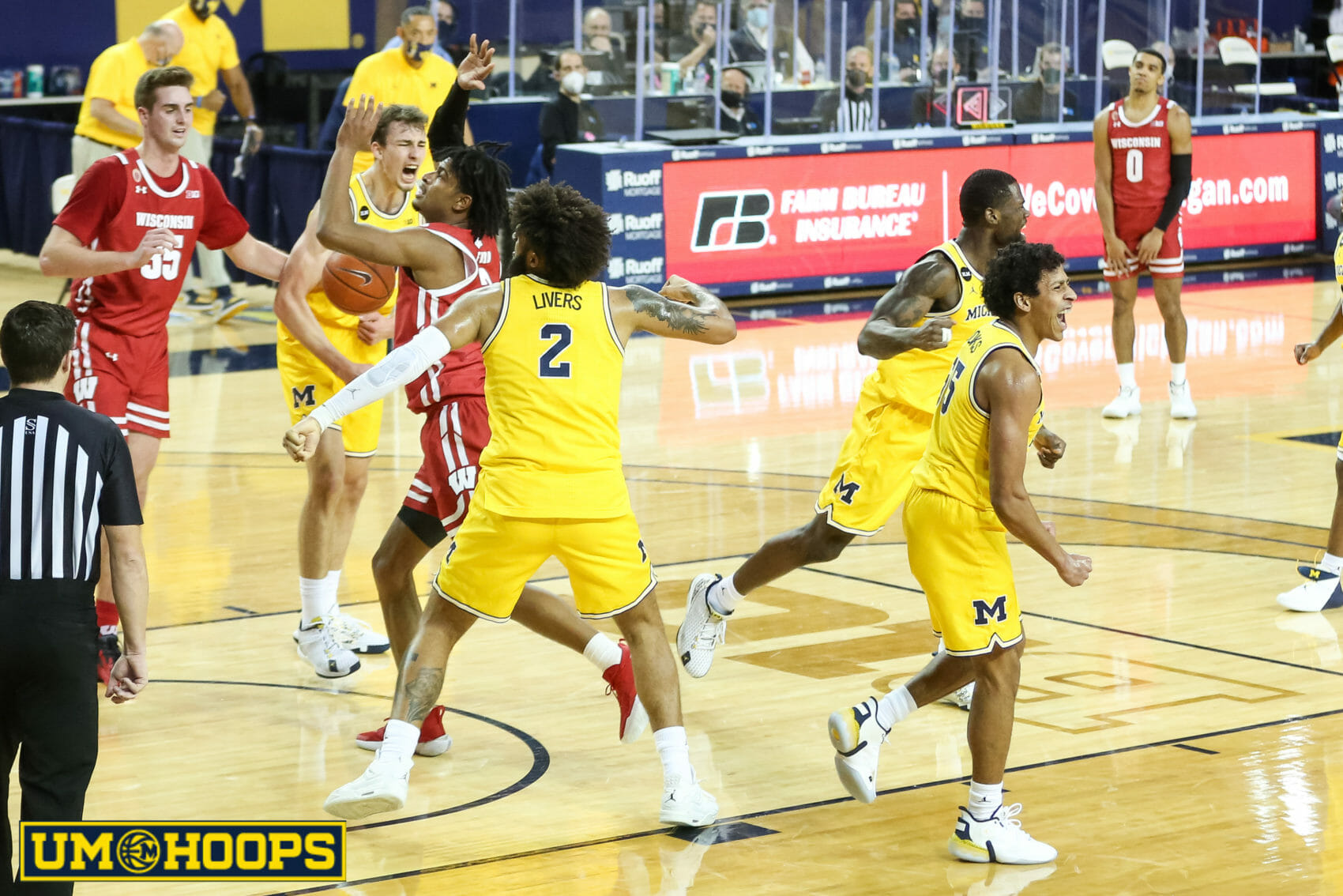 Greg Gard’s mask was down. The Wisconsin coach sat stone-faced, dazed as if he had just gotten smacked. He trudged to the huddle. What do you tell a team in the middle of the wrong side of a 41-6 run?

“I thought their aggressiveness and physicality were two things,” Gard said afterwards. “Knowing that coming in, I did not think we responded to that well.”

By that point, the under-16 timeout of the second half, it was 54-26. It got worse before it would get better for Wisconsin, which Michigan manhandled, 77-54, on Tuesday night. The game’s epitome came at the tail end of the first half. That was when Isaiah Livers, Chaundee Brown and Eli Brooks, over a 17.3-second period, combined to turn D’Mitrik Trice, Tyler Pohl and Aleem Ford into mush. Trice and Pohl tried to drive into a thicket of arms, then gave up. The ball somehow found Ford near the basket. He failed to get a shot off.

It was a scene that might have been reminiscent of what Isaiah Livers saw over the summer when Michigan was first allowed to scrimmage. Brown, Brooks, Franz Wagner and Austin Davis lined up opposite him.

“I’m on the other team, coming off a ball screen, going downhill, trying to get a shot and I can’t get it,” Livers said. “…  That’s really when I noticed. I was like, ‘Damn, we’ve got the chance to do good.’ ”