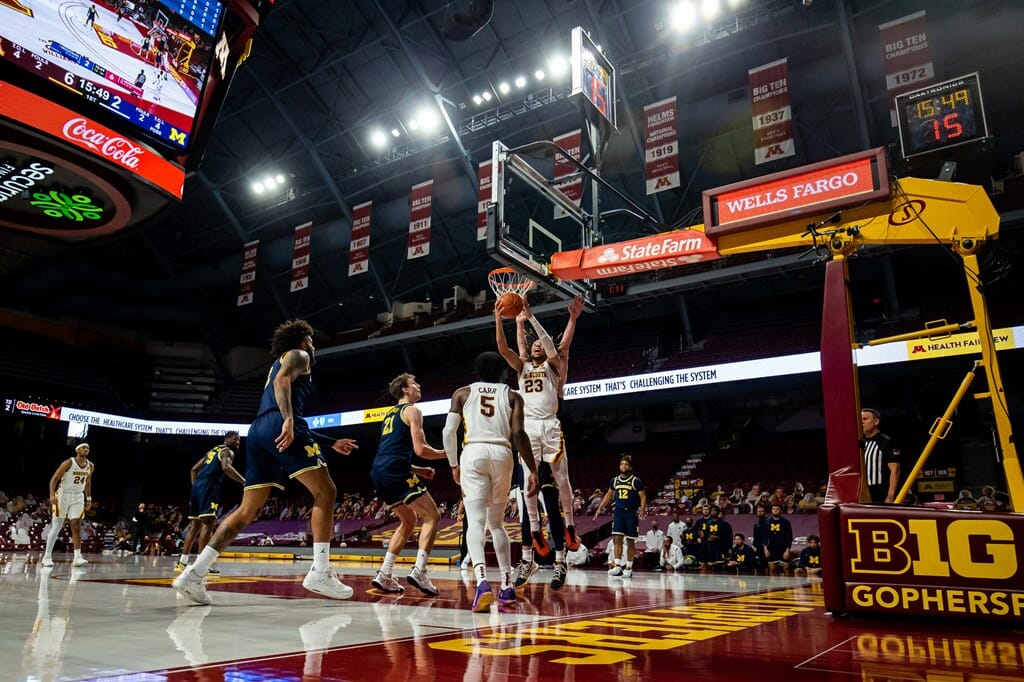 If Michigan had any grand ideas of what it was after this week, Chaundee Brown punctured the balloon at around 4:30 on Saturday afternoon.

“We can’t get settled with where we’re at,” Brown said. “I feel like we kinda did that a little bit. We didn’t come out ready to play like they were.”

Over a little less than five minutes, Brown painted a picture of just that: a team that came to Minnesota unready to play. It wasn’t all too different from what Juwan Howard or Isaiah Livers had said speaking to media before Brown went. It wasn’t too different from what anyone saw watching on TV. Minnesota blew out Michigan, 75-57. The Wolverines played badly. There’s not much getting around it.

The root cause — Michigan’s dismal offensive showing — comes down to three factors: 20 turnovers, an uncharacteristically bad game from Hunter Dickinson and the lack of Eli Brooks, which exposed a lack of backcourt depth that in turn let freshman Zeb Jackson on the court for a key second-half stretch in which Minnesota pulled away.