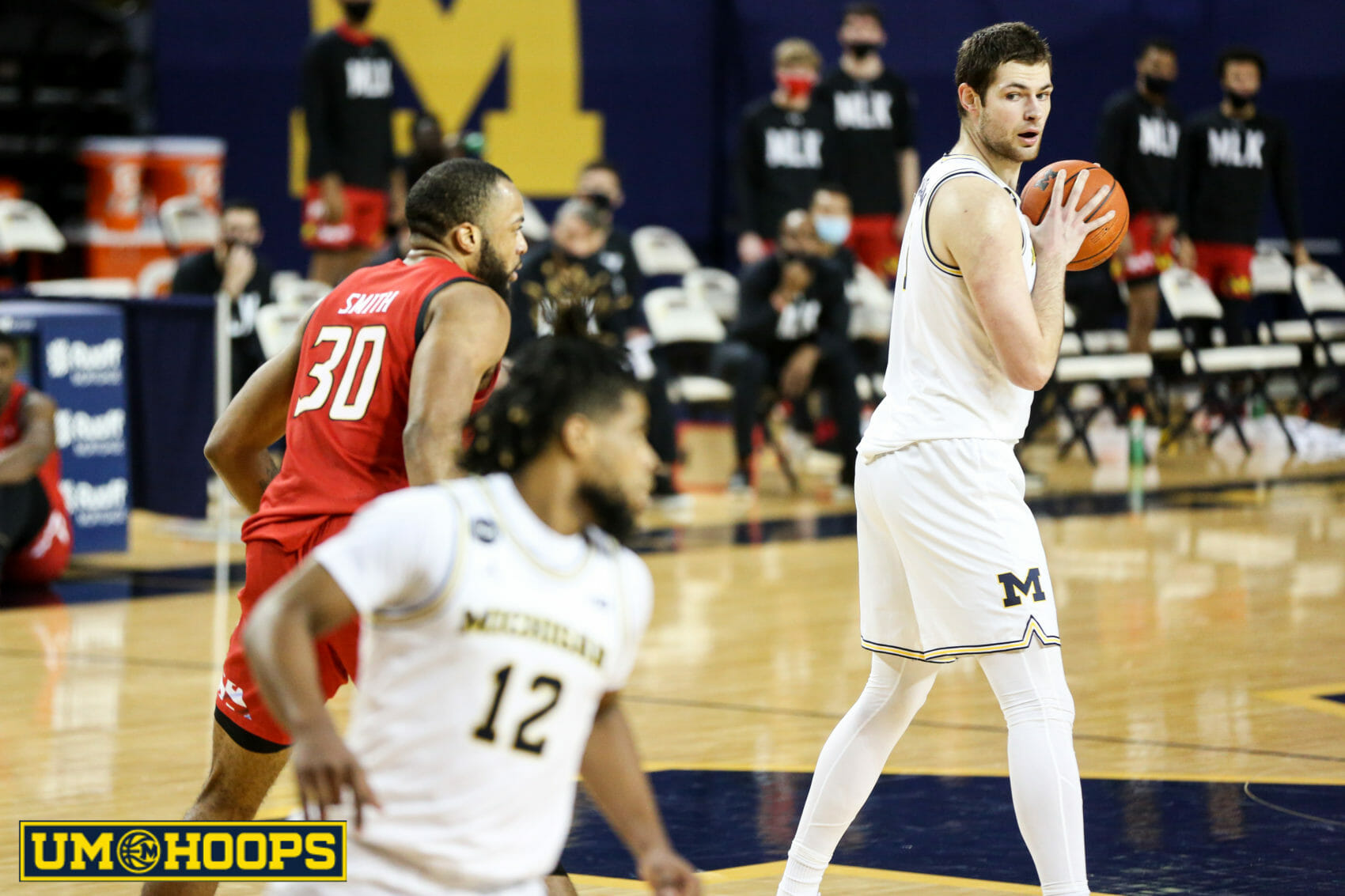 On Dec. 31 in College Park, Mark Turgeon sat in front of a Zoom camera frustrated and without solutions. Hunter Dickinson, Michigan’s sensational freshman center, had just scored 26 points with ease en route to an 84-73 Wolverines’ win. “He was a man possessed,” the Maryland coach said of Dickinson at the time.

So ahead of Tuesday’s reverse matchup in Ann Arbor, Turgeon hatched a plan. “We’ve got some things that we’re gonna try,” he said Monday. Those things turned out to be double teaming Dickinson nearly every time he touched the ball. Then, just as soon as he uttered those words, Turgeon offered a glimpse at whether or not his plan would work. “But the thing that makes Michigan what they are,” Turgeon continued, “is they’ve got a great low post player in Hunter Dickinson and they’ve got four guys around him that can really play.”

On Tuesday, that reared its head in full. Dickinson finished with just three points on 1-of-3 shooting. And yet, Turgeon returned to his Zoom camera — again, without answers.