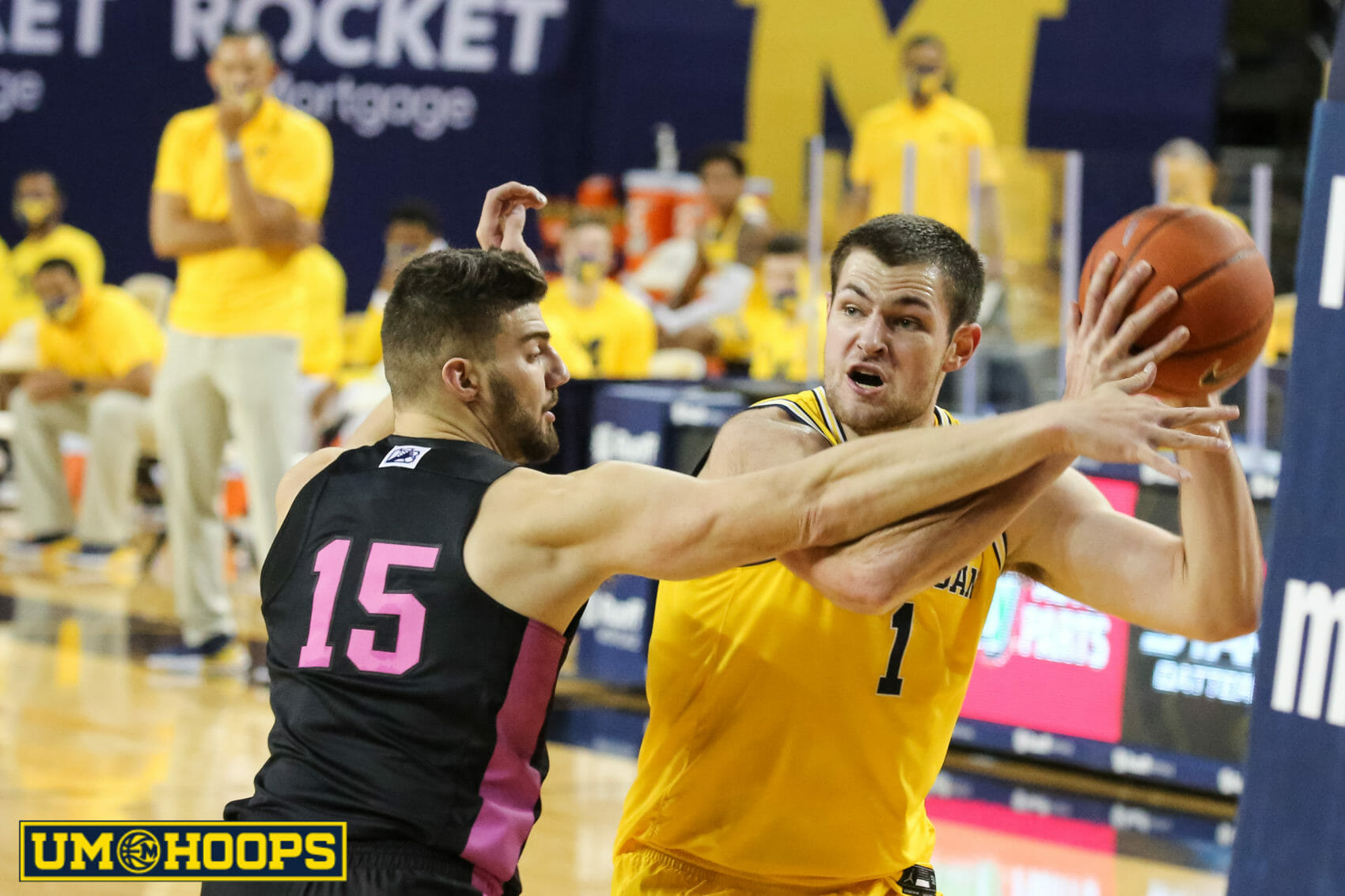 Michigan will play at Penn State on January 27th at 7 p.m. on the Big Ten Network.

In conjunction with the Big Ten and Penn State, the University of Michigan men’s basketball program announced today (Friday, Jan. 22), it will use its scheduled midweek bye to reschedule its game at Penn State for Wednesday, Jan. 27. Tipoff is slated for 7 p.m. with a B1G Network broadcast.

Originally scheduled for Saturday, Jan. 9, the game at the Bryce Jordan Center was postponed as the Nittany Lions paused team activities due to the coronavirus pandemic. With the rescheduled game, the Wolverines are now back on track to complete a 20-game Big Ten regular season.

The Maize and Blue opened its Big Ten season hosting Penn State (Dec. 13) and escaped with a 62-58 victory. After building a 15-point first-half lead, Penn State rallied with an 18-2 run and took the lead before the first media timeout of the second half. Following eight lead changes and three ties down the stretch, U-M and PSU battled before a Hunter Dickinson put back with 1:21 and game-ending free throws helped the Wolverines come away with the conference-opening win.