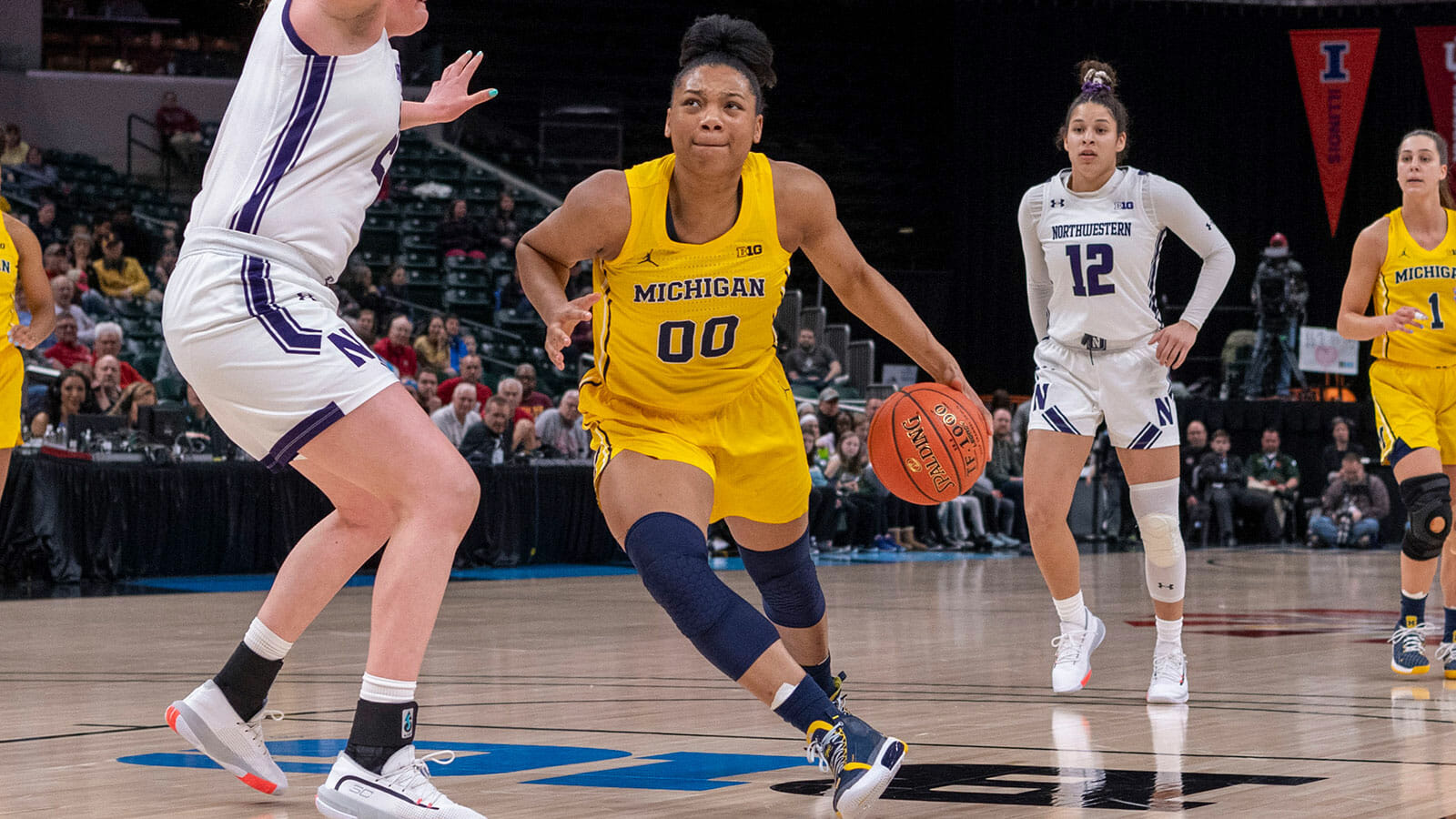 The timing is obviously a bit unfortunate but we are excited to introduce a regular women’s basketball feature to the mix this season at UM Hoops. Kent Schwartz is currently a Managing Sports Editor at the Michigan Daily and covered the team full-time last season. He’ll be keeping us updated on the team, which is currently 10-1 and ranked 12th nationally, throughout the next two months beginning with an in-depth look at Naz Hillmon after her 50-point game at Ohio State.

The first player to score 50-plus points in a game for either the men’s or women’s team, junior forward Naz Hillmon nearly single-handedly drove Michigan to victory against Ohio State last Thursday. Nearly. Instead, she’ll have to settle for her name being marked in the history books.

But while history remains new to her (for now), accolades aren’t. She won the Big Ten’s Sixth Player of the Year award her freshman year, along with being named the Big Ten Freshman of the Year. Both seasons she’s been in college, she was unanimous first-team All-Big Ten. In 2019, she was captain of the U19 Women’s National Team, leading them to a gold medal in the World Cup. This year, her junior year, she might be the favorite for Big Ten Player of the Year and her name is in the running for Naismith Player of the Year.

Hillmon’s a pure post player. She’s attempted one 3-pointer in her career and it bricked off the front of the rim. She shoots layups and takes free throw, and if you took a look at her shot chart it would be a dot underneath the rim. Her spin move is deadly and her face-up game has improved to match her post-up play.