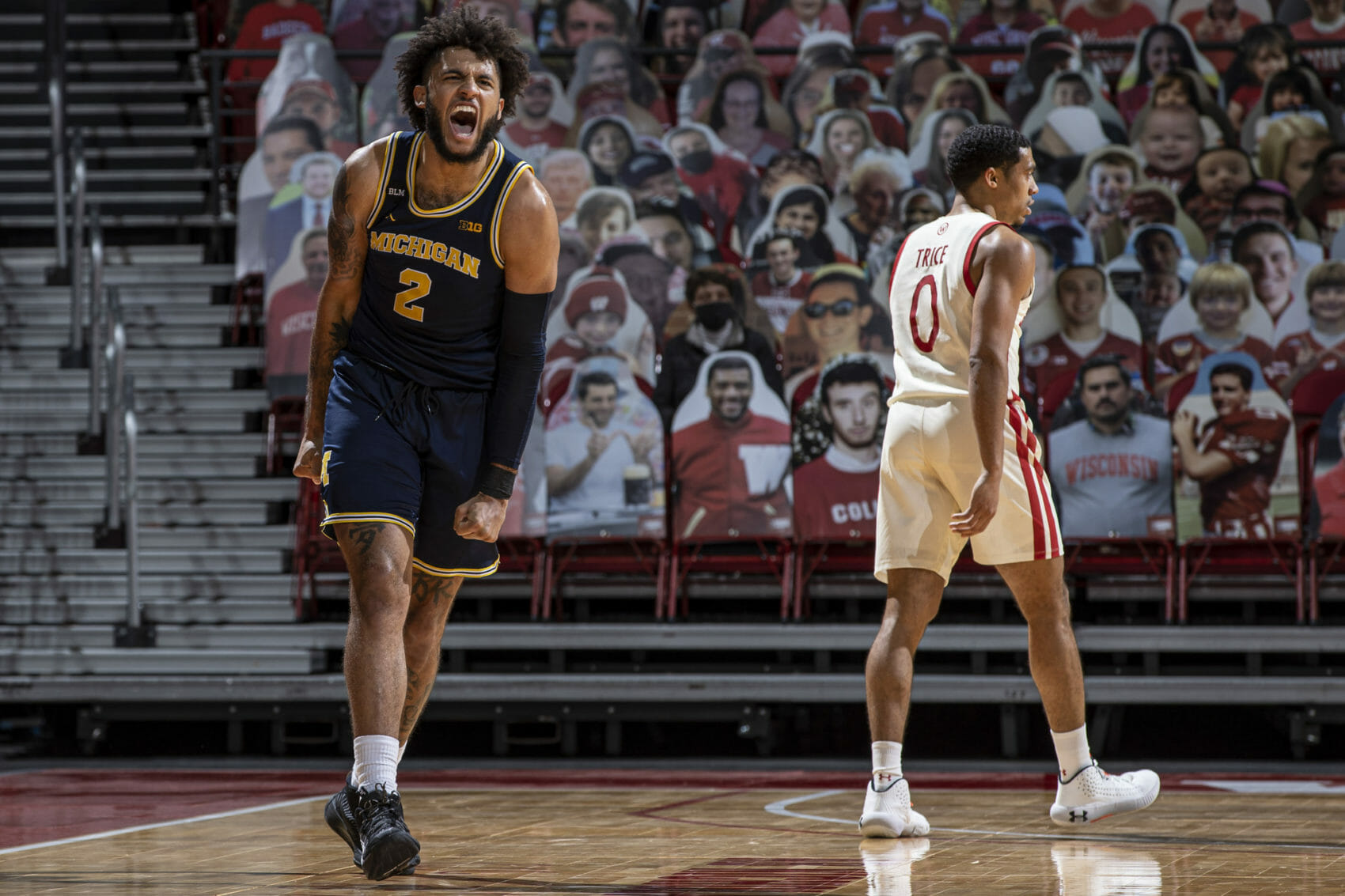 Every college basketball season is a winding road to March, but that’s never been more true than this season. Michigan was forced to deal with an unprecedented three-week pause, leaving its resumption of play to feel almost like a second season. The Wolverines dug themselves a hole in the first half at the Kohl Center but put together a gutty comeback to notch a 67-59 win.

There are different types of wins along the journey that championship teams have to win. First, the blowouts that prove a team is good enough to win a title. Michigan has had those games in droves with seven double-digit conference victories. There are also games that prove a team is tough enough to win a championship. Those are the games when everything is stacked against you, and you don’t play your best basketball but still figure out how to win.

Up to this point, Michigan hasn’t had many of those challenges. Sure the Wolverines survived a miserable performance against Oakland and hung on for a sloppy home win over Penn State. Still, we haven’t seen someone land a clean shot and knock Michigan off their feet other than a Murphy’s Law performance in Minneapolis.

Wisconsin did that in the first half on Sunday. It felt like the game was two or three possessions away from spiraling into a blowout before Michigan responded. The Wolverines were down 11 after Brad Davison’s elbow connected with Mike Smith’s cheekbone and Juwan Howard’s bench was whistled for a technical foul. Wisconsin scored less than a point per minute from that point onward and the Wolverines finished the game on a methodical 35-16 run.

Michigan’s win wasn’t its best offensive or defensive performance of the season. It wasn’t the best individual game for anyone on the roster but it was the most impressive victory of the season. The Wolverines figured out how to climb out of a hole and win on the road in a game they had to have.