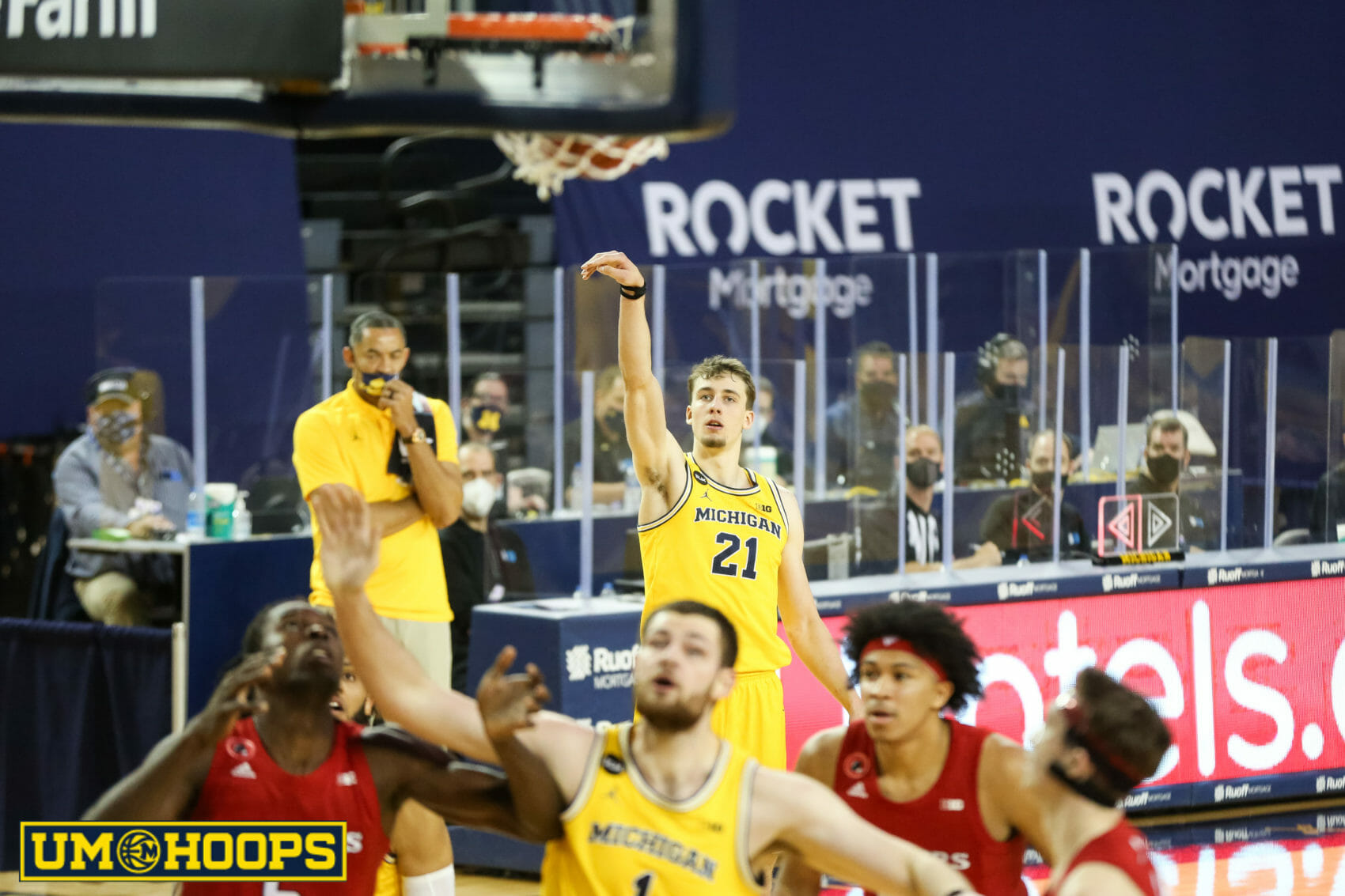 Michigan slogged its way to a fourth-straight win on Thursday night, beating Rutgers 71-64 to set up Sunday’s top-five matchup at Ohio State. Here are five takeaways.

One of the talking points at the beginning of the season was Michigan looking for a secondary ball-handler. At the time, it seemed that Wagner might have the ability to be that guy, but it took a while for things to click into place. After Thursday’s game, though, Wagner is leading Michigan in points per play as a pick-and-roll ball-handler, per Synergy, ranking in the 59th percentile.

He made a series of impressive plays with the ball in his hands against Rutgers, finding Hunter Dickinson with pocket passes and looking collected in the pick-and-roll. He also capped off a 20-point night with a dagger 3-pointer when Michigan’s offense had struggled for much of the second half.

“I think I can read the ball-screen stuff pretty well, but I think it’s just getting more reps throughout the season and in the summer stuff like that,” Wagner said. “I still gotta work on a lot more, but I feel pretty comfortable, like I said it’s just ball handling and getting used to the situations.”