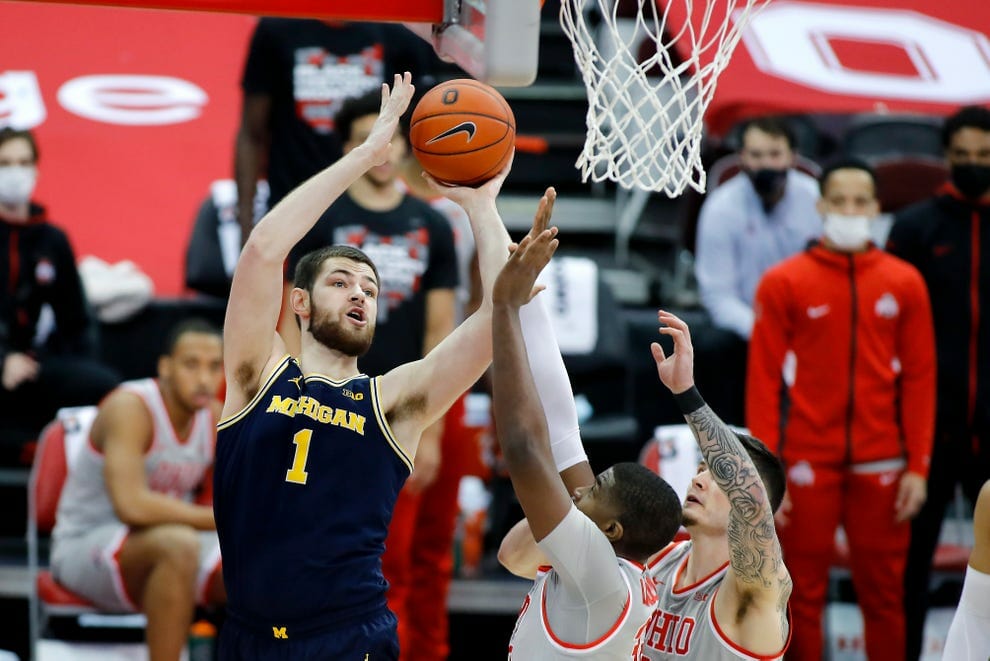 Michigan and Ohio State’s national showcase lived up to the hype on Sunday afternoon. The Buckeyes and Wolverines went back-and-forth for 40 minutes in an incredibly competitive, physical, and refreshingly watchable game. It was a shootout and neither team could extend a lead beyond two possessions until the closing minutes.

From the preview to the final horn, it was clear that these two teams would struggle to guard each other. The Buckeyes have a do-it-all stretch big who can kill traditional bigs — the exact matchup that Michigan struggles to defend. Michigan has a dominant post-up center who is almost half-foot taller than Ohio State’s biggest player.

It was the closest thing to Michigan and Purdue’s rollicking 92-88 thriller at Mackey Arena in 2018 that I’ve seen in the Big Ten since. Except, this time Michigan was the bigger team struggling to guard the perimeter-oriented opposition. And the team that came away with a win.

Liddell dominated and Dickinson dominated while both offenses played one of their best games of the season. In the end, the game came down to which team would blink first. Michigan made the key plays late with timely offensive rebounds and steals for layups to walk out of Columbus with its biggest win of the season.