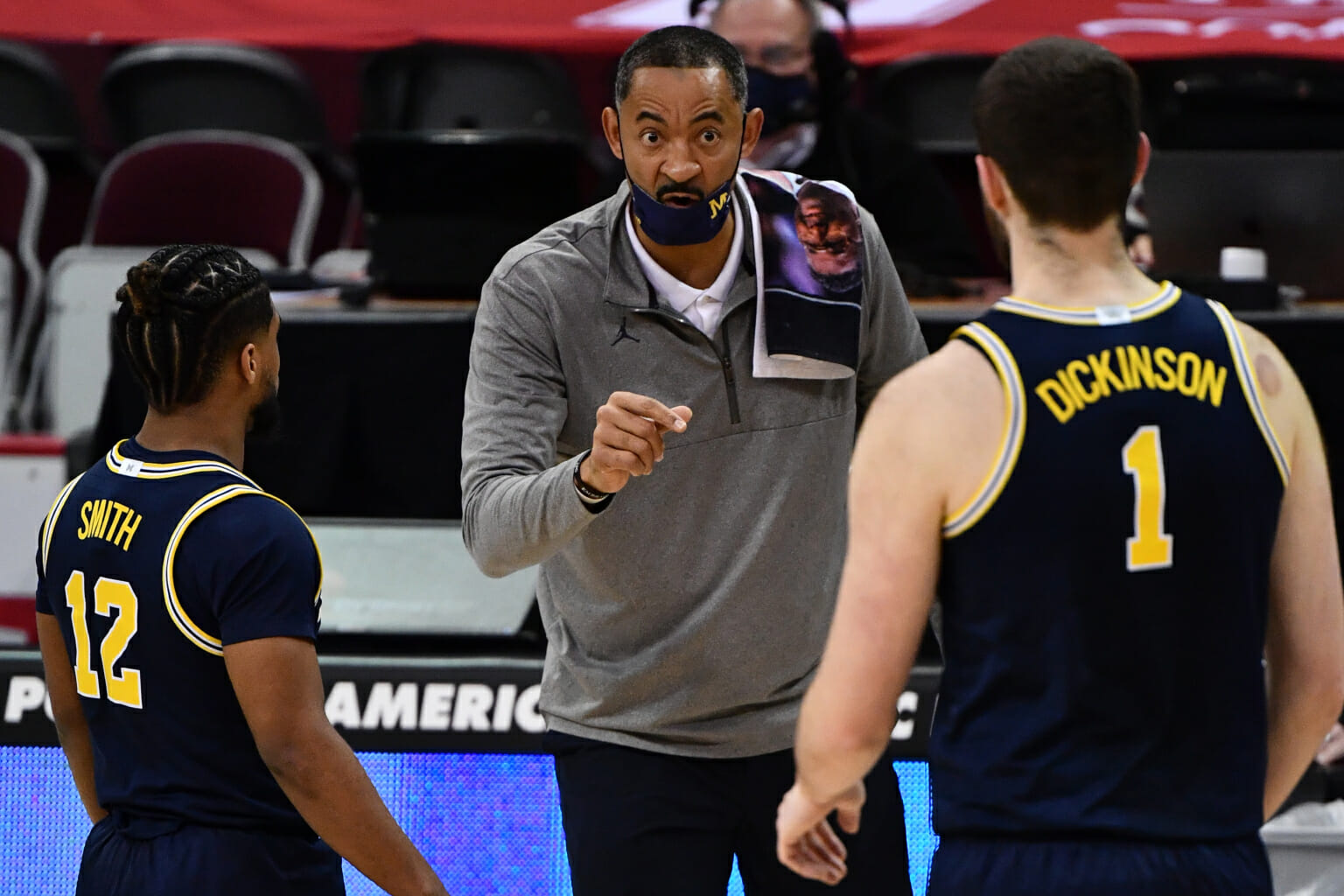 A minute and a half remained and Sunday’s rousing top-five matchup still hung in the balance. Eli Brooks’ layup was swatted off the glass by Kyle Young. No. 4 Ohio State, down by four, had life.

Then Hunter Dickinson appeared, like he did time and again in the second half. Left uncovered, the freshman center leaped for a two-handed rebound and found the combination of touch and poise to make his put-back fall. Still, the Buckeyes had a shot. A six-point deficit on Sunday was far from insurmountable.

Then Dickinson appeared. Again. EJ Liddell, Ohio State’s do-everything forward, billed as too quick for Dickinson before the game, found himself open on the elbow. As he shot, Dickinson closed out and extended an arm. At 7-foot-1, that’s an intense proposition. Indeed, Dickinson’s outstretched fingers clipped Liddell’s shot.

Just over a minute remained to play, but by the time fifth-year senior point guard Mike Smith corralled the rebound, there was no mistaking it. The game of the college basketball season had ended at the hands of a freshman.

“Hunter’s performance shows to me exactly what I knew from the beginning and why I recruited him,” Michigan coach Juwan Howard said after the Wolverines’ eventual 92-87 win. “He’s a competitor. He’s not gonna beg or shy away from competition.”