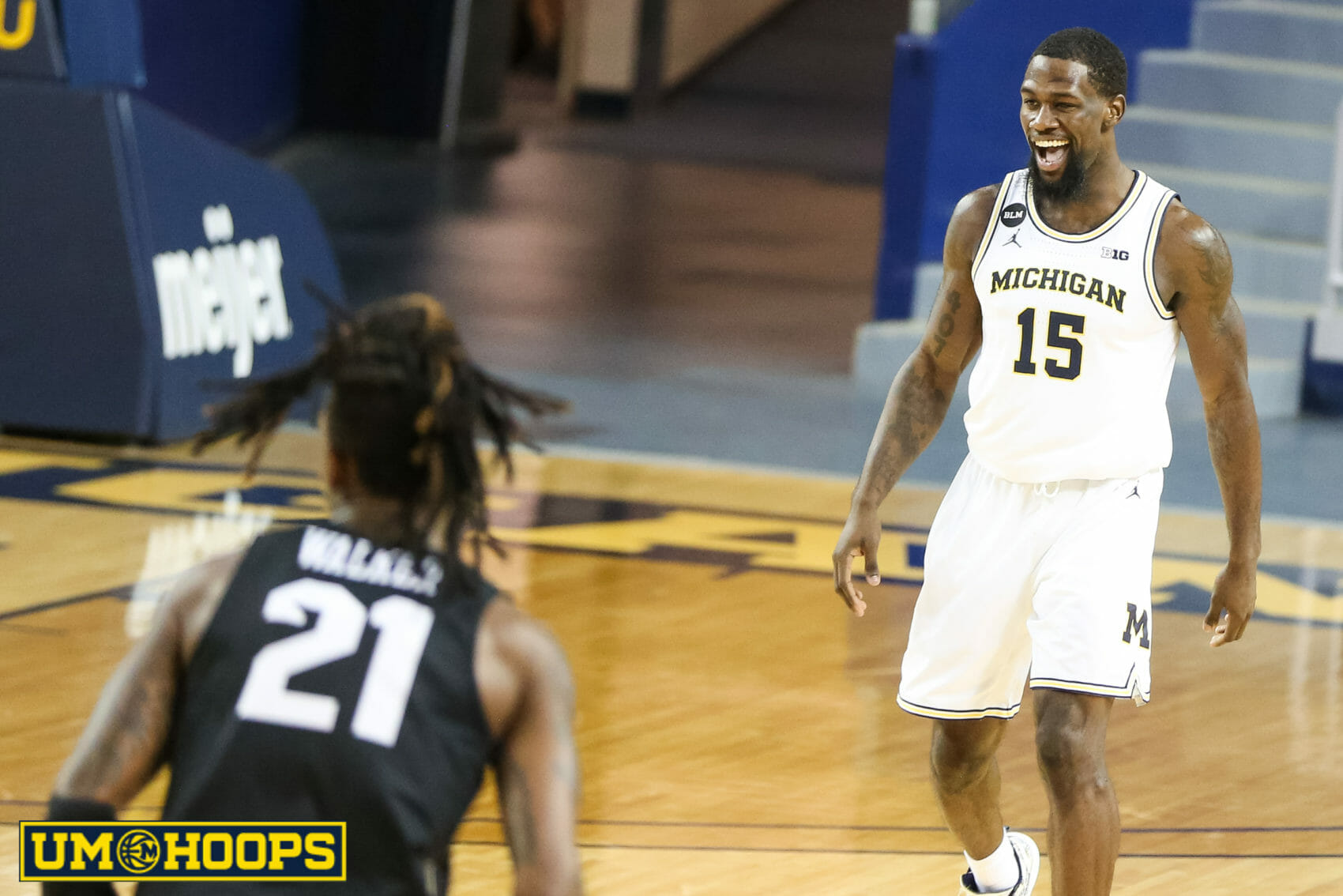 COLUMBUS, Ohio — Chaundee Brown was hopping up and down, giddy. He bared a grin and hugged Franz Wagner as the team broke into gestures of appreciation for the friends and family who made the trip. They yelled up the tunnel, a weight off the shoulders, a win they wouldn’t have if not for Brown.

He was not the highest scorer for Michigan on Sunday, or even the second-highest. He played 23 minutes and sat seated on the bench, hands on his leg, eyes locked in as Justice Sueing hit a late 3-pointer to keep Ohio State in the game. Juwan Howard brought him back on the court in case free throws were needed. But his last contribution, on paper, to Michigan’s 92-87 win came on a go-ahead layup with 5:45 to go.

That was after he secured two offensive rebounds, twisting and sprawling in a mess of bodies, and finally got a putback attempt to go. It put the Wolverines up 71-69. They didn’t trail the rest of the way.

“I feel like I do it in practice, I feel like I can do it more in the game, crashing the offensive glass, things like that,” Brown said. “So like I said, I knew I wanted to get a putback or something, just give it all.”